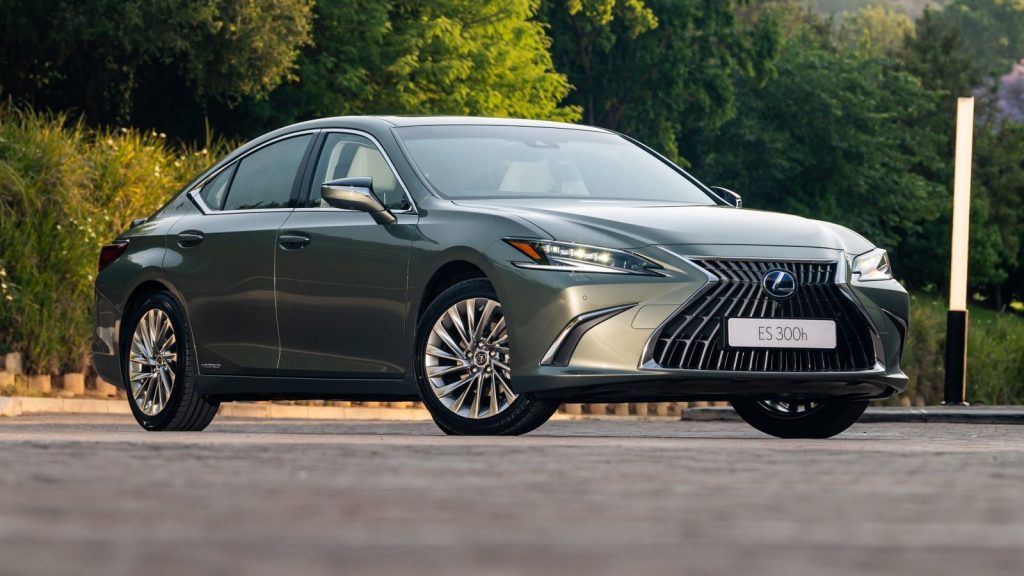 Lexus is a remarkable brand. When Toyota wished to conquer the burgeoning American luxury sedan market in the late 1980s, it knew that German brands had unmatched cachet.

Realising that Toyota products, despite their quality and technology, would never compete with BMW, Mercedes-Benz or Cadillac, some inspired marketing followed. Toyota’s American market strategy was to launch Lexus as a sub-brand. It seemed a ridiculous idea but worked amazingly well. It has become a reference study at international business schools, on how to expand branding influence with established technology resources.

The global market for luxury sedans is nowhere what it was when necessity triggered the launch of Lexus as a brand. And in South Africa, the luxury sedan market is negligible. But Lexus endures. And its latest product update is a hybridised version of the ES range, with slight cosmetic changes.

Petrol-electric drivetrains have a long history at Lexus. The brand was one of the first to introduce various hybrid powertrain options for South African buyers. With the latest ES, Lexus offers a curious blend of undiluted design, immense efficiency and the promise of tremendous durability. 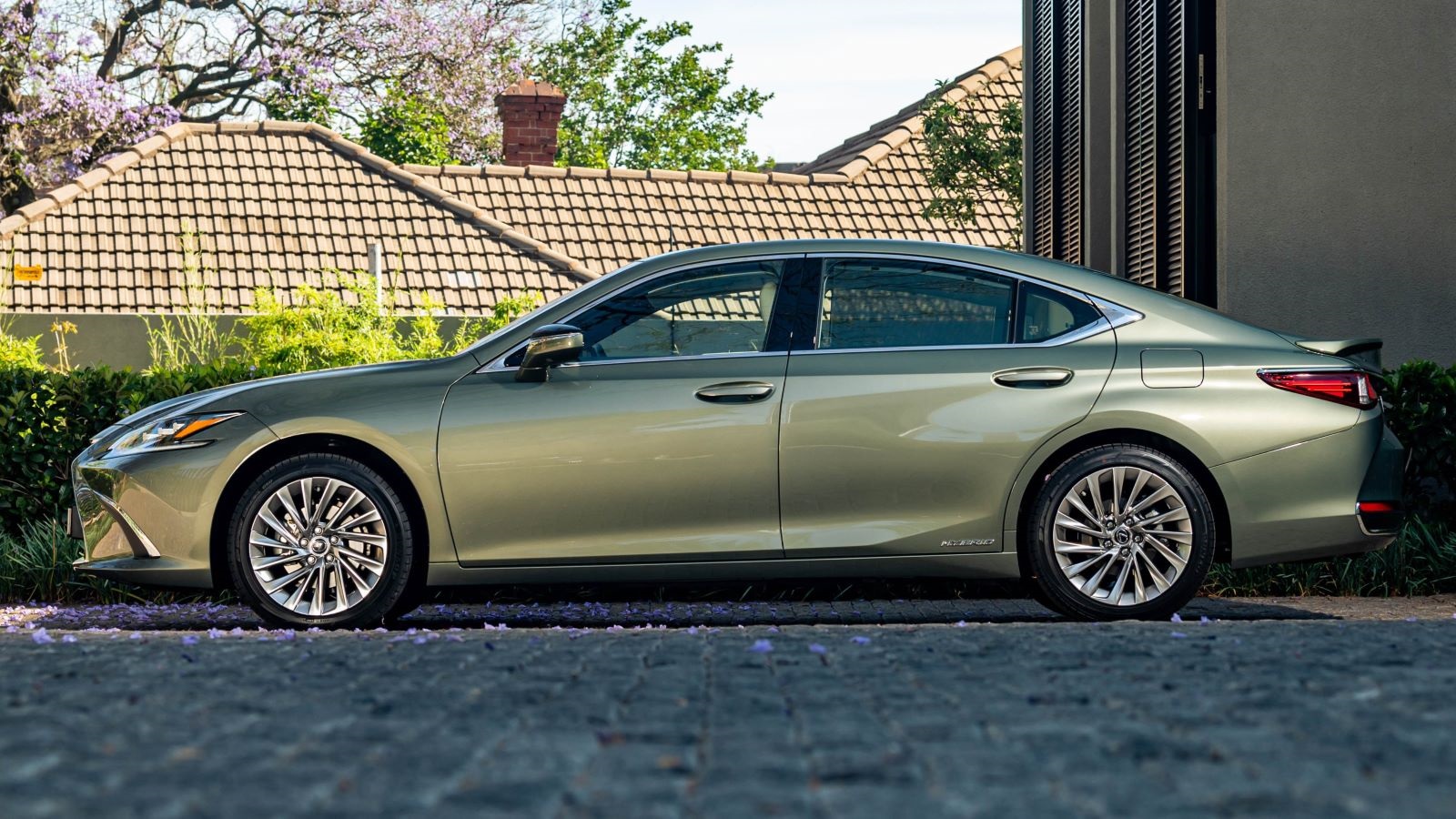 You can’t ignore the front-end of an ES, but it isn’t graceful. At all. The rear design finishing is slightly more in-theme, with legacy Lexus proportions and surface shaping.

Inside, Lexus has been slightly more traditional in its design approach. The cabin architecture is biased to comfort and spaciousness, as you’d expect from a luxury sedan. With its front-wheel drive configuration, the ES allocates a generous proportion of legroom for all passengers. 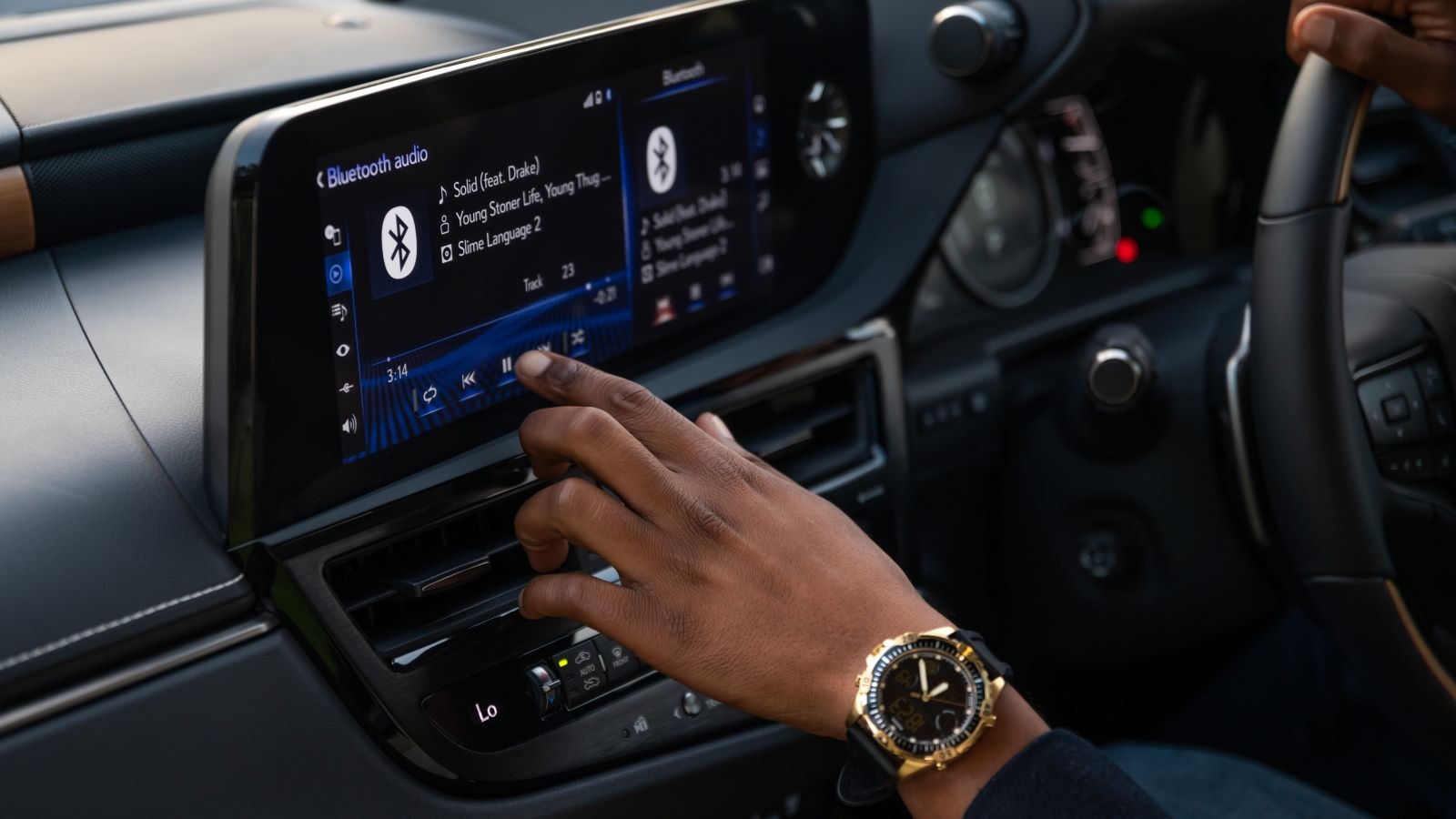 Lexus blends old and new – inside

The ES 300h ergonomics are a peculiar blend of touchscreen interfacing and traditional analogue button and dials.

In an era where new vehicles feature fewer analogue controls and greater dependence on digital interfacing, the ES300h is charmingly functional regarding traditional and contemporary haptics and ergonomics.

The annoying Lexus trackpad remains between the front seats, but that central infotainment screen is also touch-sensitive. And it has been repositioned 112mm closer to the driver and front-passenger, allowing for intuitive menu selection. 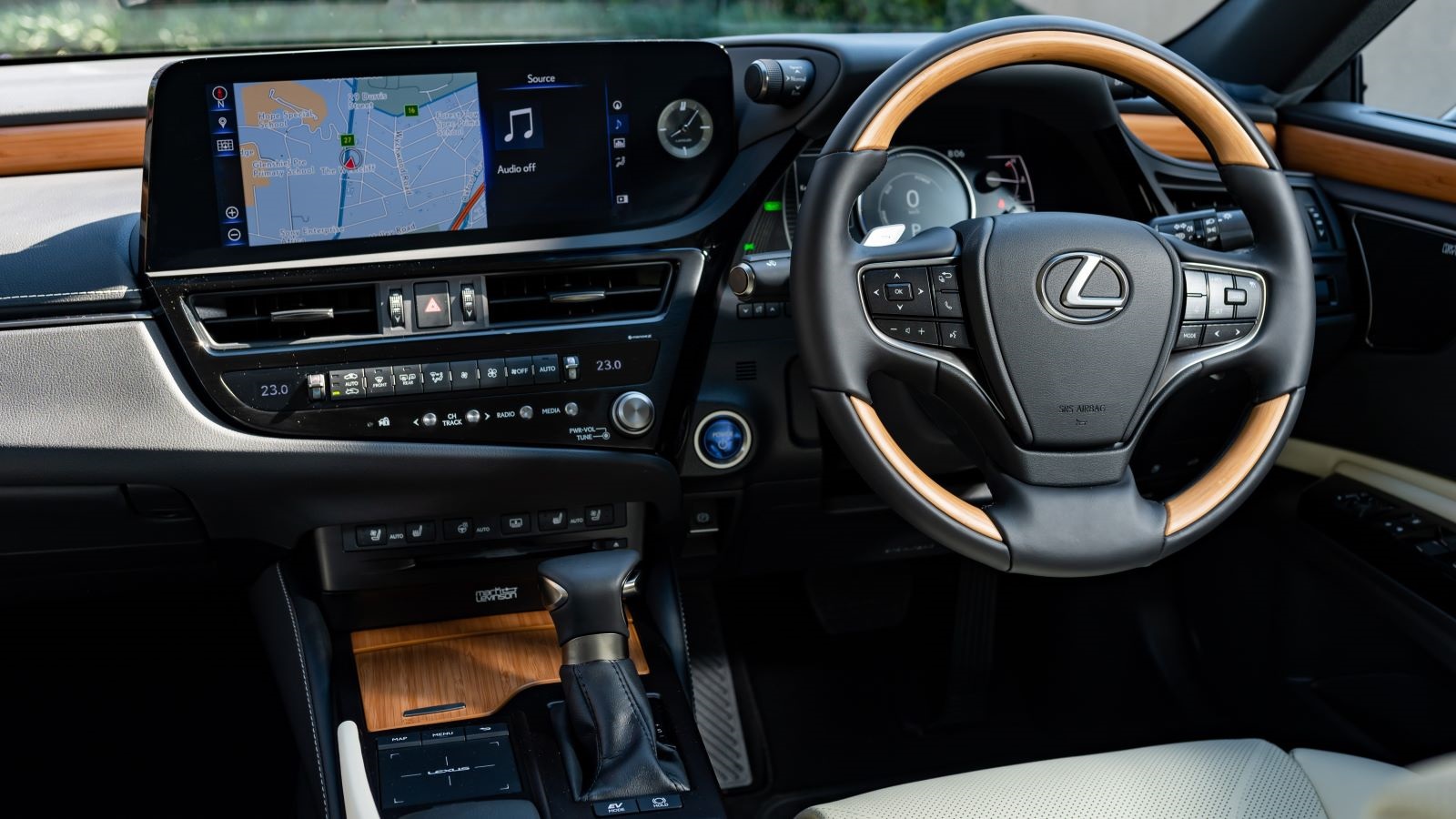 That enduring Lexus quality – is unmistakeable

There might be many more buttons that you’d expect in a 2022 model year luxury sedan, but everything you touch and interact with inside the Lexus ES, feels luxurious.

Toyota’s premium sub-brand has built an enviable reputation for build quality, and the latest ES defends that legacy with confidence. Adding some ambience and ‘warmth’ to the ES interior is real wood trim, which is unusual on a modern car.

Beyond the indisputably quality feel of the Lexus cabin, the allocation of standard equipment and features is very generous. This is not a German luxury sedan, where nearly everything that is a nice-to-have prices dearly on in the ‘options’ column of your purchasing agreement. 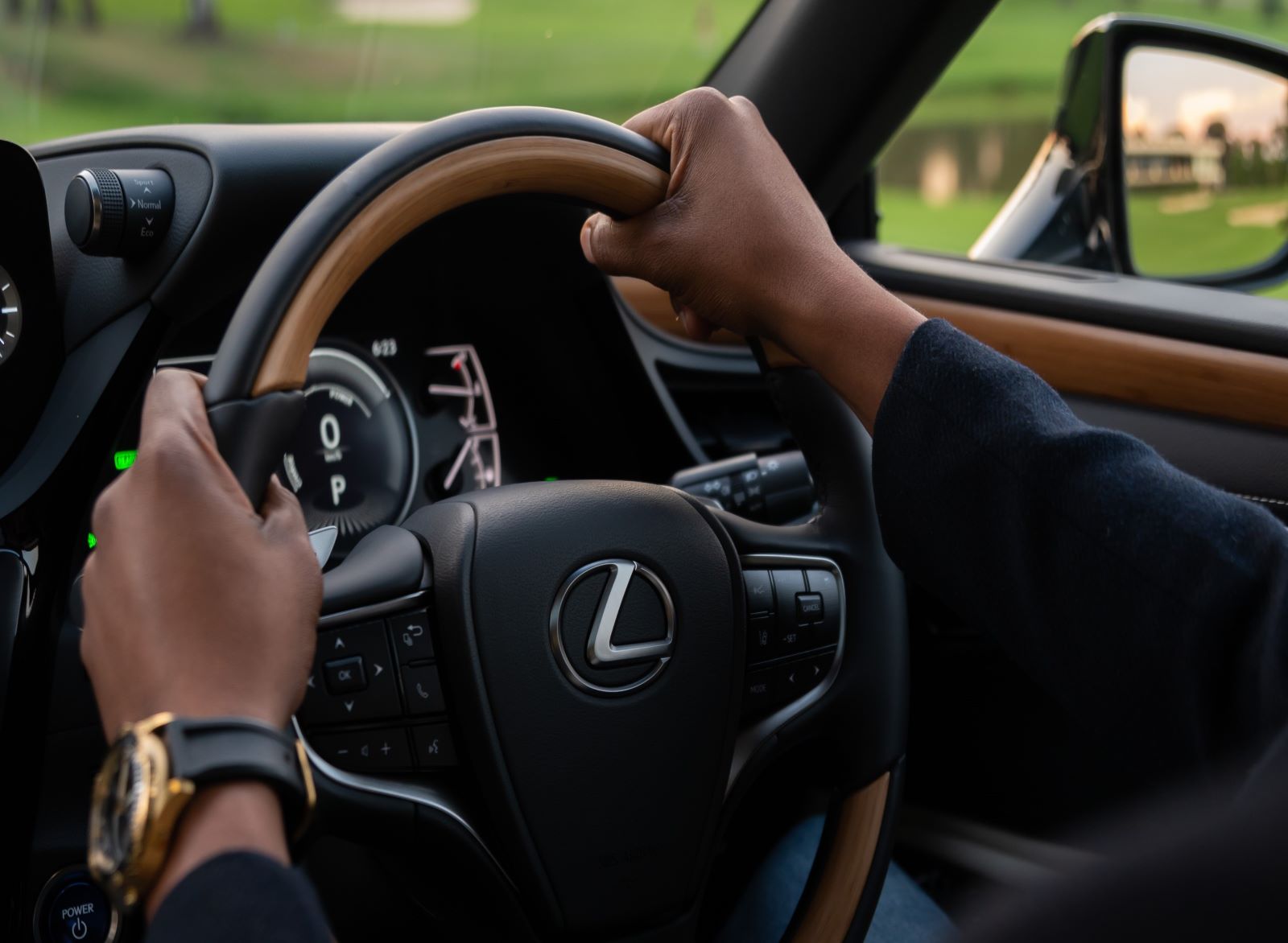 Silence is a golden – and a given – with this Lexus

The ES 300h lacks for nothing. It has keyless entry, a moonroof and many connecting ports, for digital devices.

There are dual USB-C ports for the front and rear passengers. Infotainment and sound quality are immense, with a 17-speaker Mark Levinson sound system relaying your favourite playlist or podcast with pitch-perfect clarity.

A note on the ES 300h, as a space to consume media on the move. This is a car so quiet, thanks to its hybrid drivetrain and immense levels of sound insulation, that you’ll always take the long way home to listen to that additional song.

The ES 300h’s incredible levels of road, wind and mechanical noise suppression allow all the acoustic excellence of its Mark Levinson sound system to resonate. It truly is a remarkably composed and cocooning environment when journeying. 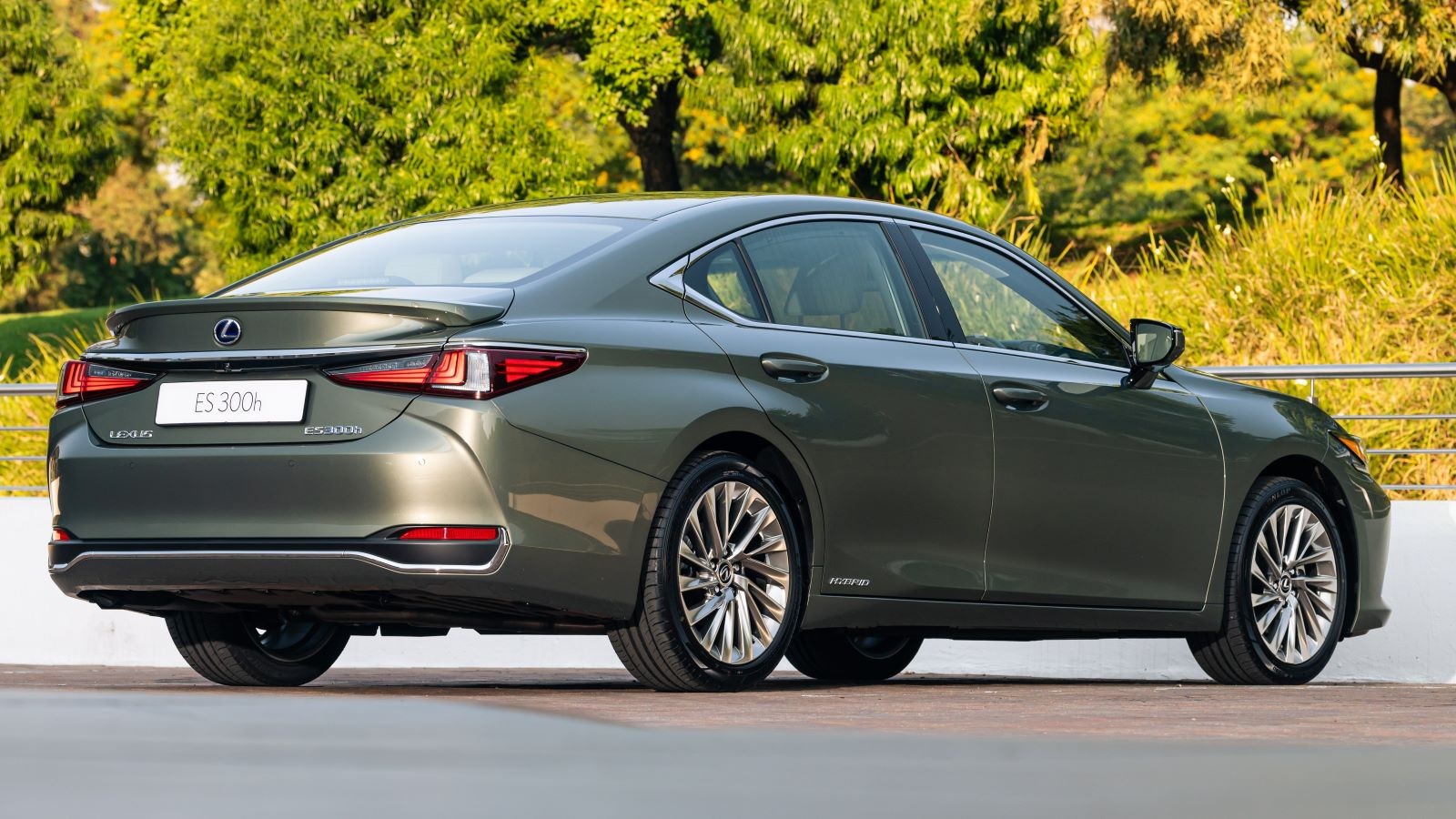 It looks a bit strange and is terrifically comfortable inside, but what is the ES 300h like to drive? Unlike its German rivals, the Lexus does not benefit from a turbocharged engine. It is powered by a naturally-aspirated 2.5-litre petrol four-cylinder, allied to a hybridised electric motor and battery pack.

Peak system outputs are 160kW and 243Nm. That latter number is quite a bit weaker than a rival German luxury sedan, and the ES 300h isn’t quick. At all. Acceleration is leisurely, with the benchmark 0-100km/h in only 8.9 seconds.

But this Lexus is about relaxed progress. Ride comfort. And low fuel consumption. With its comfort-orientated suspension settings and rolling sensible tyres on 18-inch wheels (instead of cosmetically obsessed 21-inch wheels), the ES 300h is a delightfully relaxing cruiser.

You might have to be a touch more patient and selective when planning those overtaking manoeuvres due to the lack of outright power, but that’s a sacrifice worth making.

The ES 300h’s smoothness and refinement in most driving scenarios are terrifically rewarding. And an antithesis to the performance-obsessed suspension and throttle settings, that frequently bedevil most German luxury sedans. Rendering them a quiet compromised driving experience, tramlining across road surface imperfections and lunging forward, awkwardly, at low speeds, due to the throttle hyper-sensitivity.

Light on fuel too, which is its purpose, consuming less than 6l/100km in ideal driving conditions. 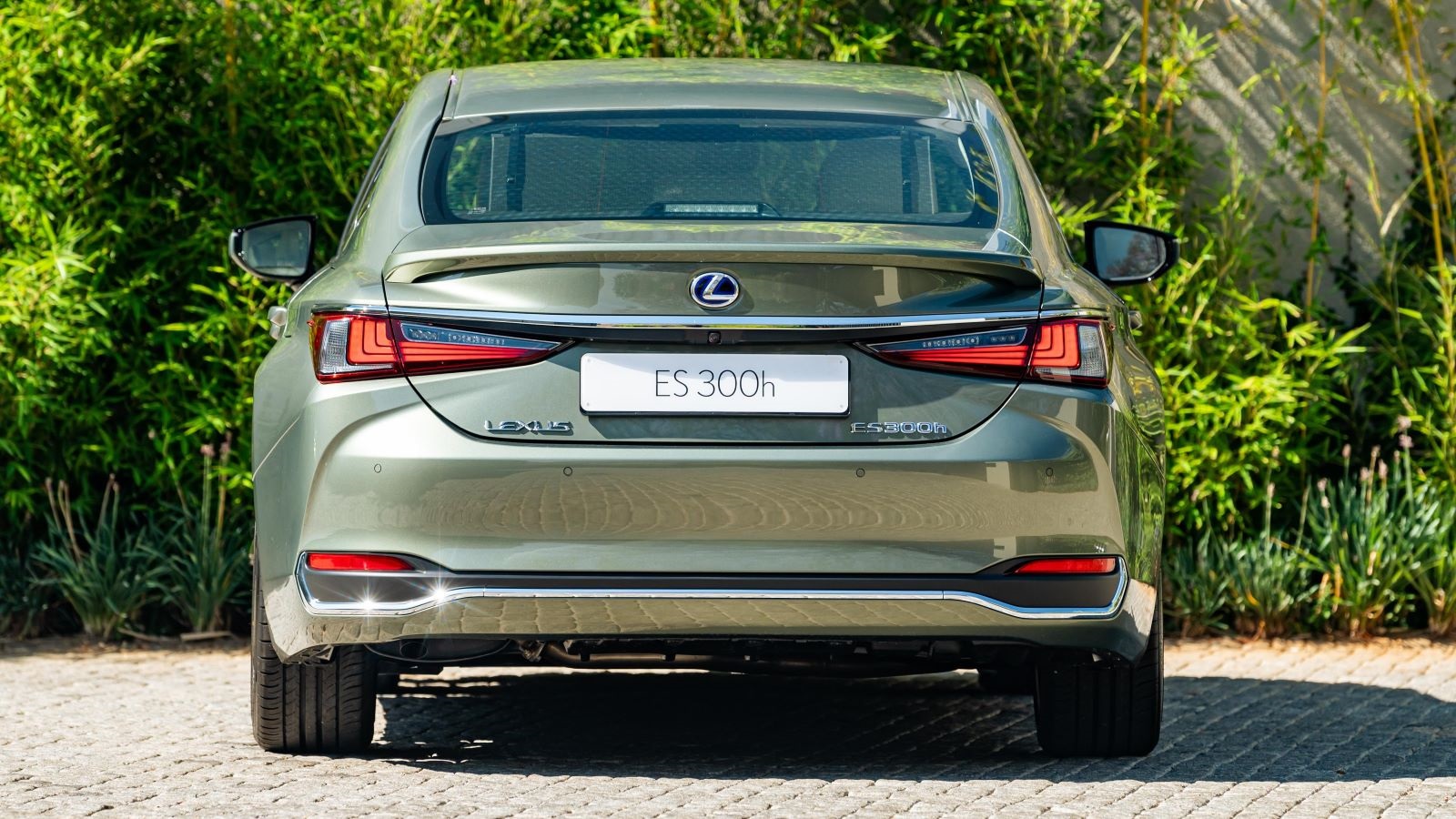 An unhurried approach to luxury driving

The ES 300h doesn’t have the overtaking acceleration of a German turbocharged rival. But it rides with greater composure and comfort on South Africa’s mixed assortment of road surfaces. There’s little arguing with the benefit of its hybridised powertrain, either, delivering consistently low fuel consumption, especially during energy-taxing urban drives, in traffic.

And then there’s the quality metric. Most luxury cars have become disposable items, taxed off the road in a few years.

The ES 300h feels like a generational car. Something that could happily be driven for more than a decade. Or even inherited by children. And that can’t be said for most modern German luxury cars, which can become a nightmare to maintain and keep running once they crest 100 000km. 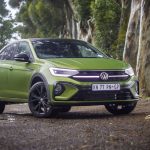