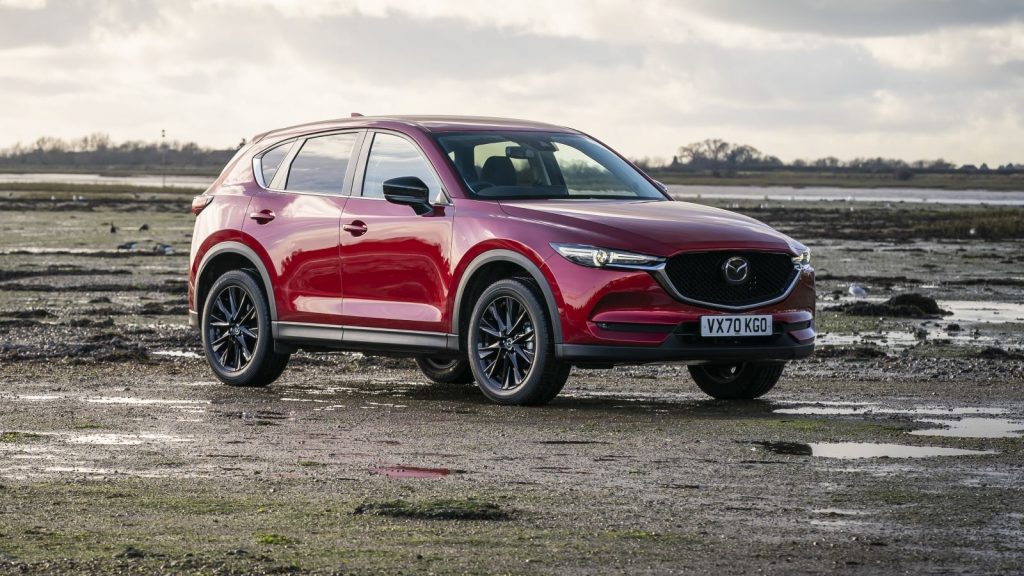 CX-5 DE Akera shows how far Mazda has come, in the local market. We tested the Mazda premium turbodiesel SUV.

If you want a marketing case study of brands divorcing and finding better fortune, look no further than Ford and Mazda’s partnership in South Africa.

Where the two brands were once twinned, with a series of compact hatchbacks, bakkies and sedans, operations were finally unlinked in October 2014. Since then, Mazda South Africa has grown in stature. And one of its most popular products is the CX-5.

Unlike some Japanese brands, like Lexus, Mazda has a subtle approach to exterior design.

There are no ornate grilles or lashing of faux-chrome. Proportion is an important principle of adherence for Mazda. And it shows with the CX-5, which is an elegantly styled mid-sized SUV, in a market with some rather untastefully overdesigned rivals. 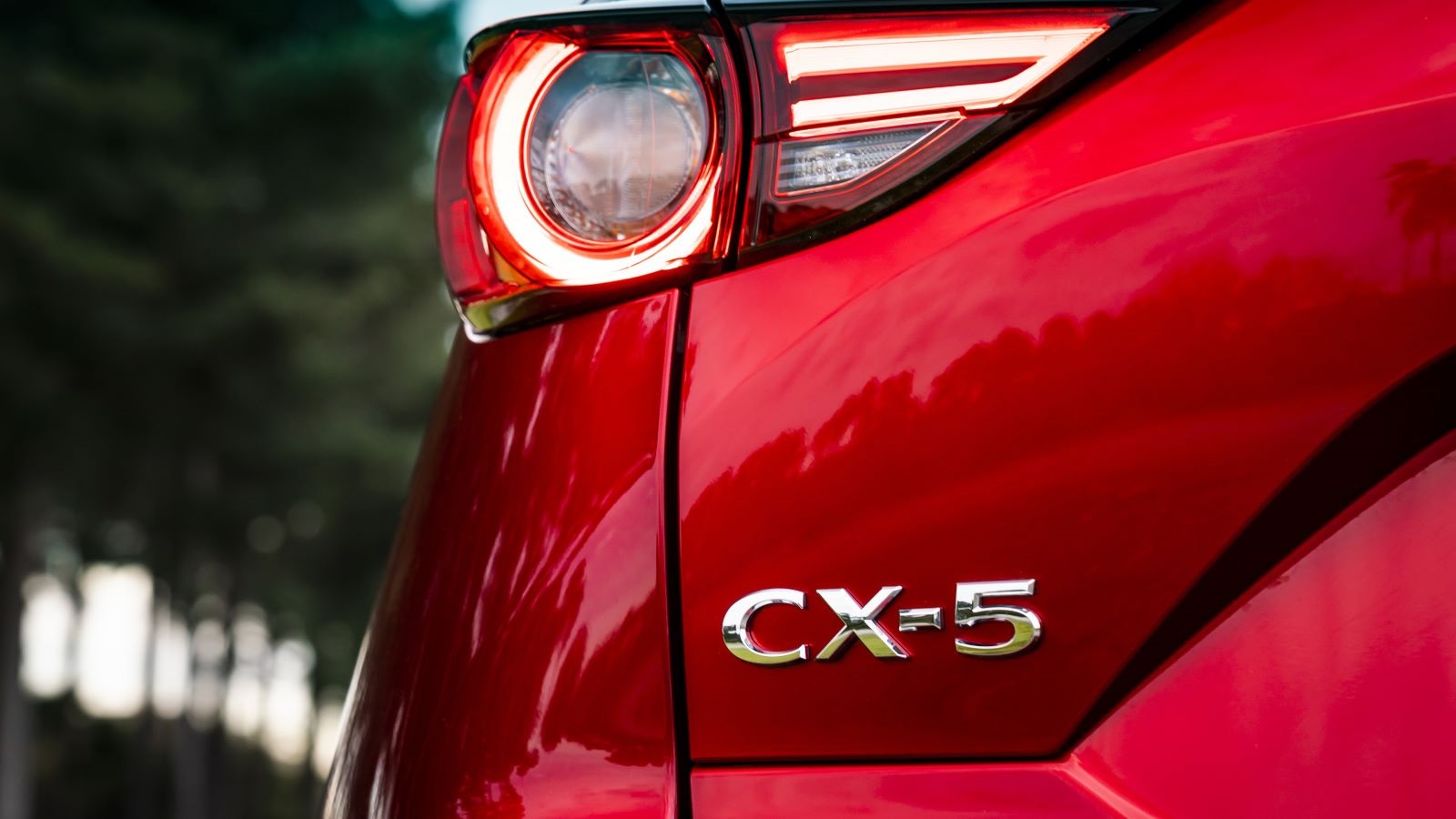 A diesel from the Wankel people

Mazda’s premium offering in the CX-5 range is the DE Akera specification.

It is powered by a diesel engine, which is notable. Mazda has an adventurous sense of experimentation with engines.

Some of the brand’s most celebrated cars have featured the Wankel rotary engine design, Mazda being the only automotive company where engineers have tried to sustain the rotary idea. 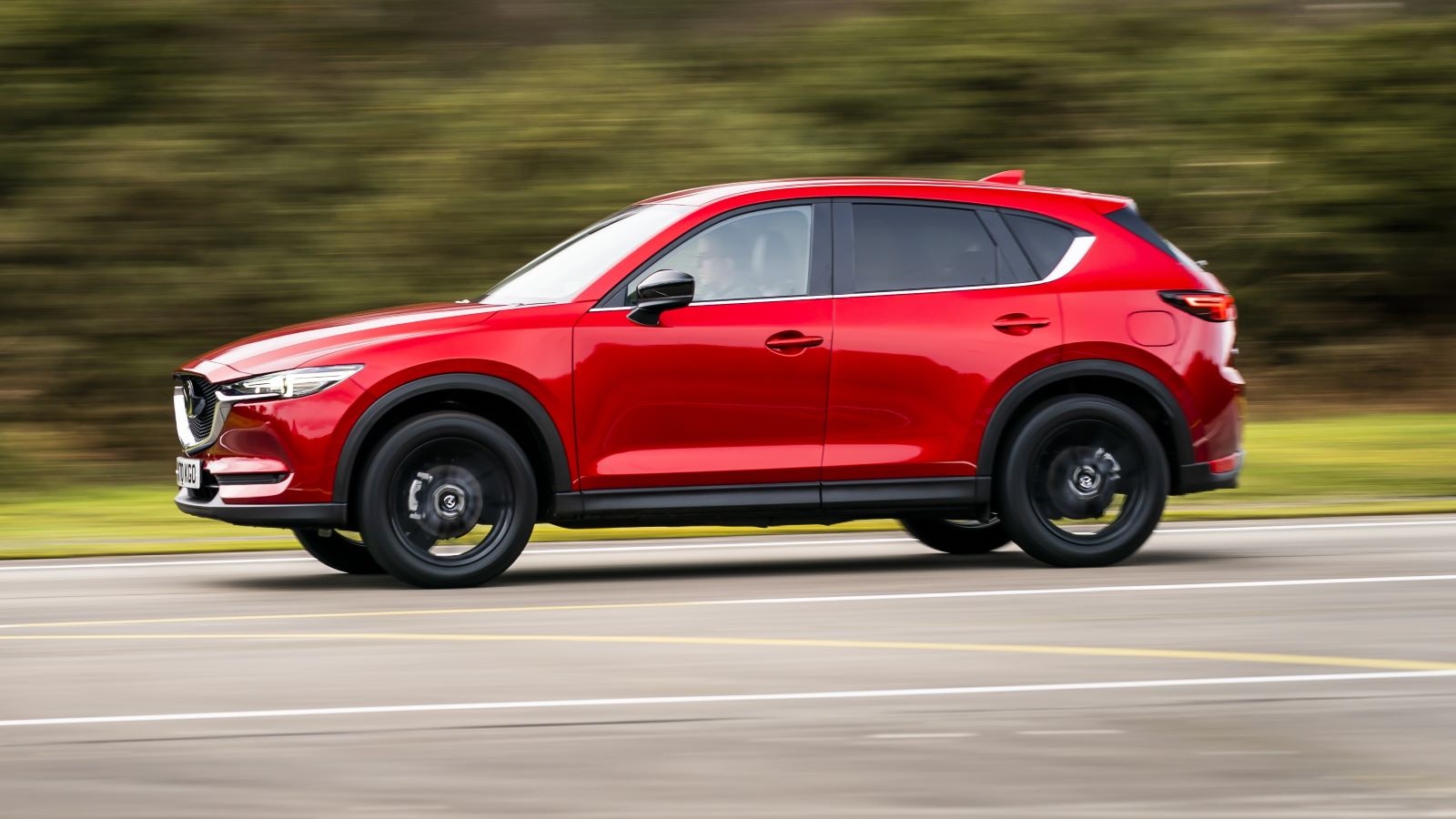 Diesels have never featured much as part of Mazda’s passenger car powertrain portfolio.

That changed a few years ago, and the 2.2-litre four-cylinder turbodiesel mounted above the CX-5 DE Akera’s front axle, is a terrific engine. It produces 140kW and 450Nm of torque, but those numbers don’t convey the harmonization between this diesel’s engines throttle calibration and the six-speed automatic transmission.

Mazda’s engineers have worked diligently to reduce mechanical vibration, and the CX-5 DE Akera’e engine has an extremely low acoustic resonance its cabin.

Instead of attempting to extract too much power from the engine, Mazda prioritized smoothness and consistent throttle responses. This leverages the abundance of torque inherent with turbodiesel engine designs. 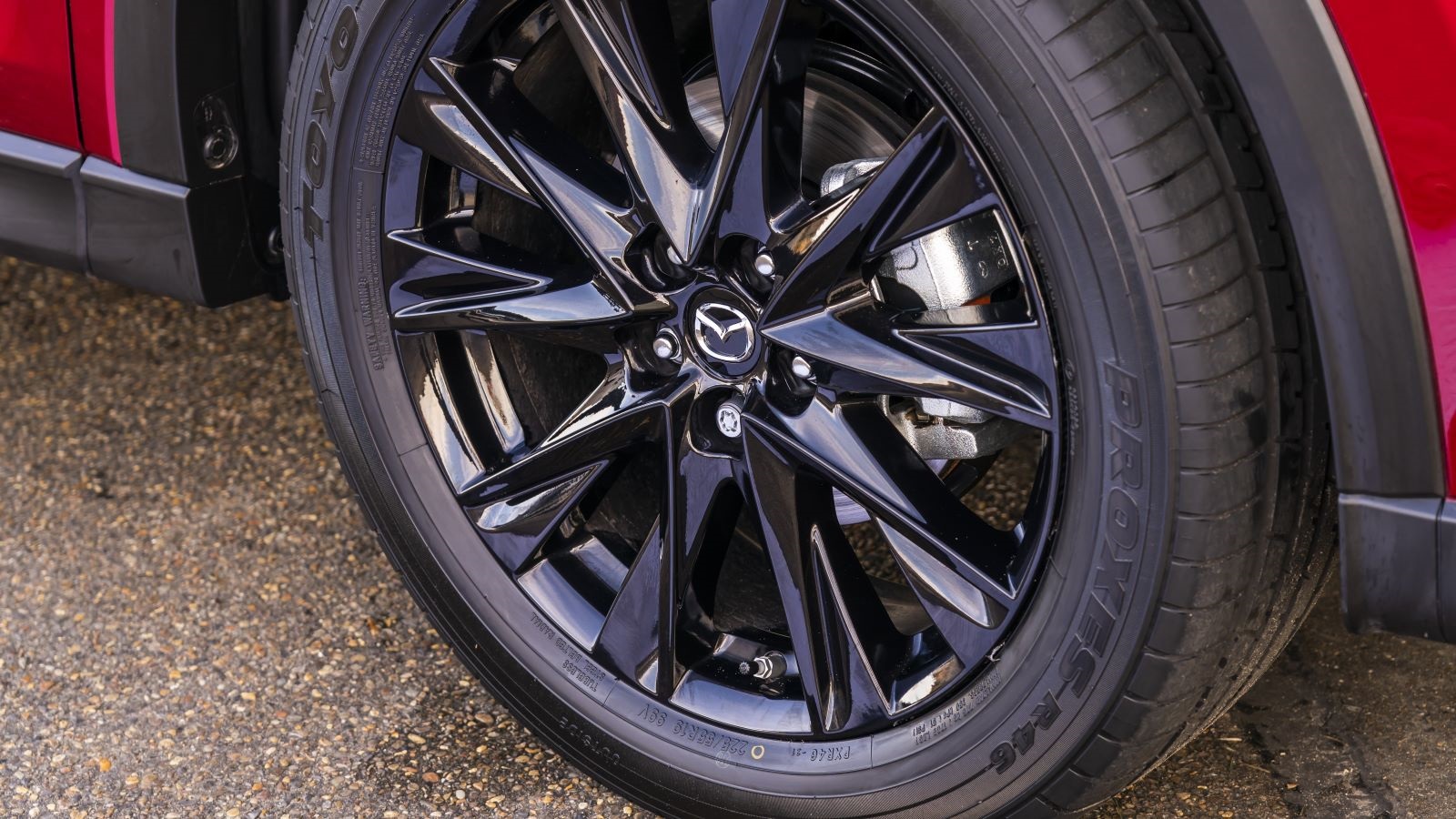 With those 55-profile tyre sidewalls, there is much better bump absorption than a 45- or 50 aspect ratio tyre, often fitted to 19-inch wheels on locally marketed SUVs.

The notion of a ‘smooth driving experience’ is an overused and undefined phrase, but it applies to Mazda’s CX-5 DE Akers.

Even on dirt roads, it tracks with confidence. There might only be 185mm of ground clearance, but that’s enough to prevent impacting any of the CX-5’s undercarriage if you roll through an unsighted dirt road undulation at speed. 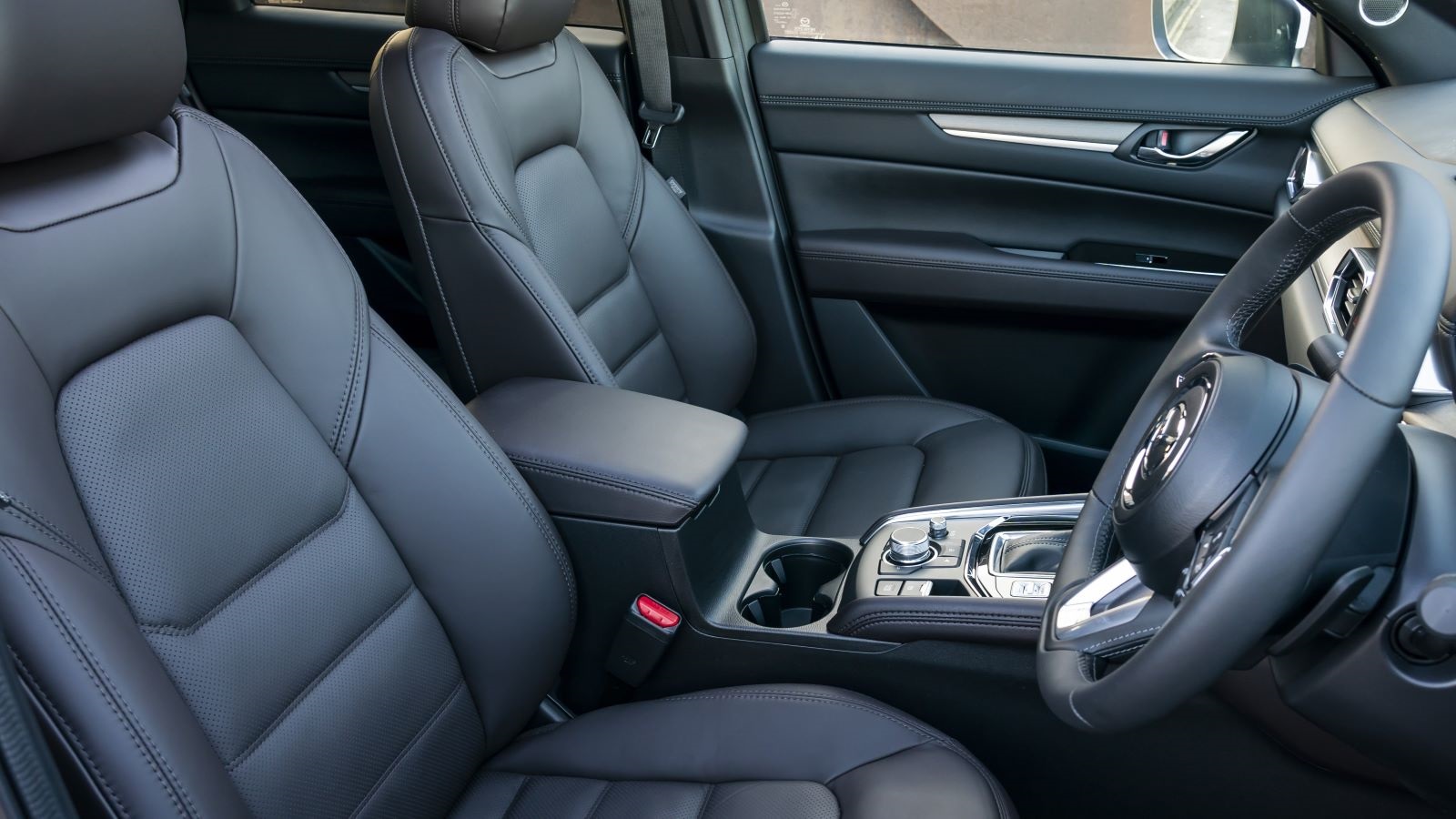 This is a vehicle with great presence and a slick driving experience, but what about the cabin environment? The restrained and considered design themes of CX-5’s exterior are repeated inside.

In some ways, it is reminiscent of German cabin architecture, with dark surfaces (which mask dirt) and very little in the form of contrasting silver or chrome trim. And in the South African context, that works brilliantly.

Why? An abundance of reflective cabin trim can often create horrible sun reflections during the harsh South African summer. Especially when journeying through the Karoo or Northern Cape. 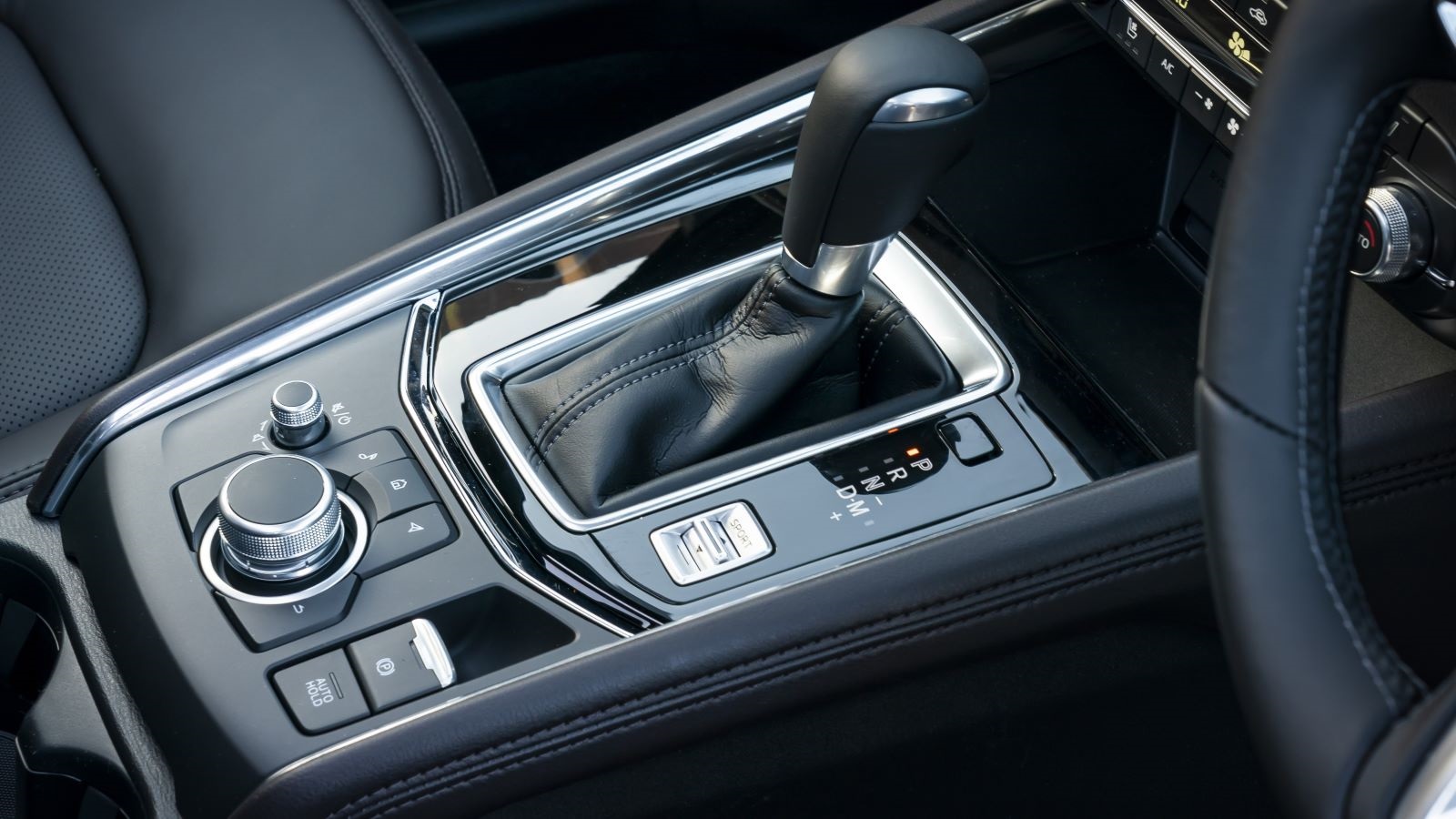 Smartphone syncing is seamless, Mazda’s infotainment display and UX. There’s an 8-inch display screen mounted atop the dash and although the graphics and display luminosity aren’t exceptional, its UX logic is sound.

You can also manage the infotainment selections and menu navigation with Mazda’s version of something approaching BMW’s second-generation iDrive.

A rotary dial and menu selection buttons are grouped between the front seat. It falls easily to hand if you are a technophobe and dislike reaching forward with your left hand to engage a touchscreen.

Representative of a rebranded Mazda

The CX-5 DE Akera. Restrained yet purposeful looks. A quality cabin environment with reasonable space, fair luggage capacity (442-litres) and adequately responsive overtaking and cruising performance. There’s precious little to fault about the CX5 DE Akera as a driving experience. But perhaps the most endearing attribute of this Japanese SUV, is Mazda’s brand association.

You are effectively buying German levels of driving refinement and build quality, at a much lower price, without any of the associated brand snobbery. In South Africa, a class of buyers appreciate the differentiation of not driving the car brand, which their parents did.

It’s light on fuel too. Mazda claims 5.7l/100km, but that figure is recorded in ideal test driving. Our real-world driving delivered 7.8l/100km, much lighter than you’d average in a turbopetrol SUV, of similar size.

Mazda has very successfully repositioned as a more upmarket Japanese offering with its SUVs. This contrasts with the brand’s legacy of selling cheap hatchbacks and sedans. The result? Owning a contemporary Mazda is no longer a case of merely spending smart money. It also shows remarkably good taste. And you’d never have said that about any legacy Mazda 626. 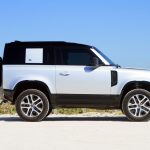