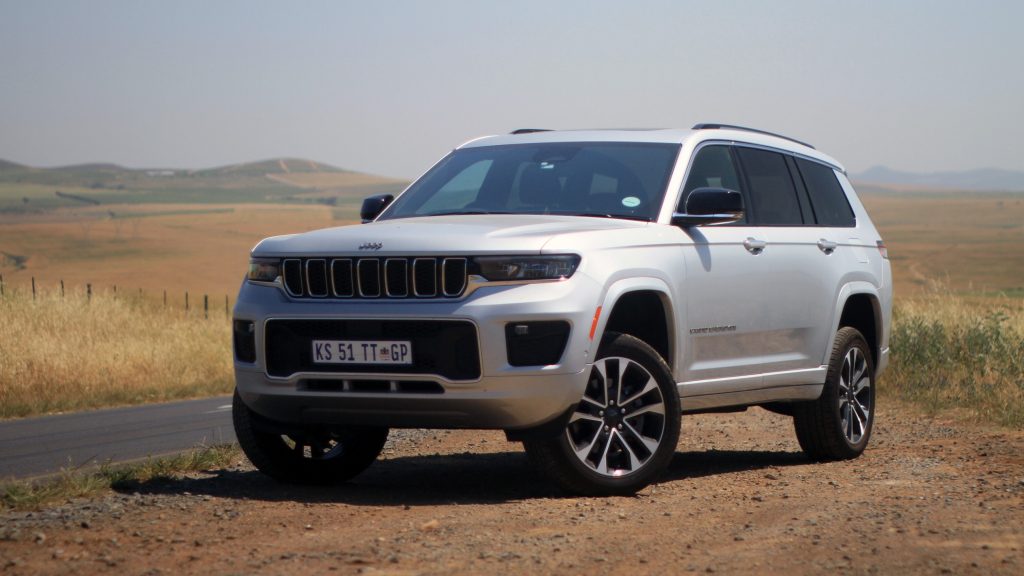 Jeep isn’t a significant vehicle brand in South Africa. It trades tiny volumes, and Jeep’s most popular product is the very capable, rugged and quite aged, Wrangler.

But in North America, Jeep is massive. It sells 60 000 vehicles a month. And that means there is quite a disconnect in the perception of Jeep among South Africans.

This brand only does one thing: it builds off-road vehicles. There is no dilution with sedans, coupes, or family hatchbacks. And is it this exclusive focus of Jeep’s engineering resources and R&D staff that allow it to build some remarkably capable vehicles.

Wrangler is respected by all Land Rover and Land Cruiser owners. It is known for possessing astounding obstacle-crossing ability, with a skilled driver at the helm. But what about Jeep and luxury vehicles? 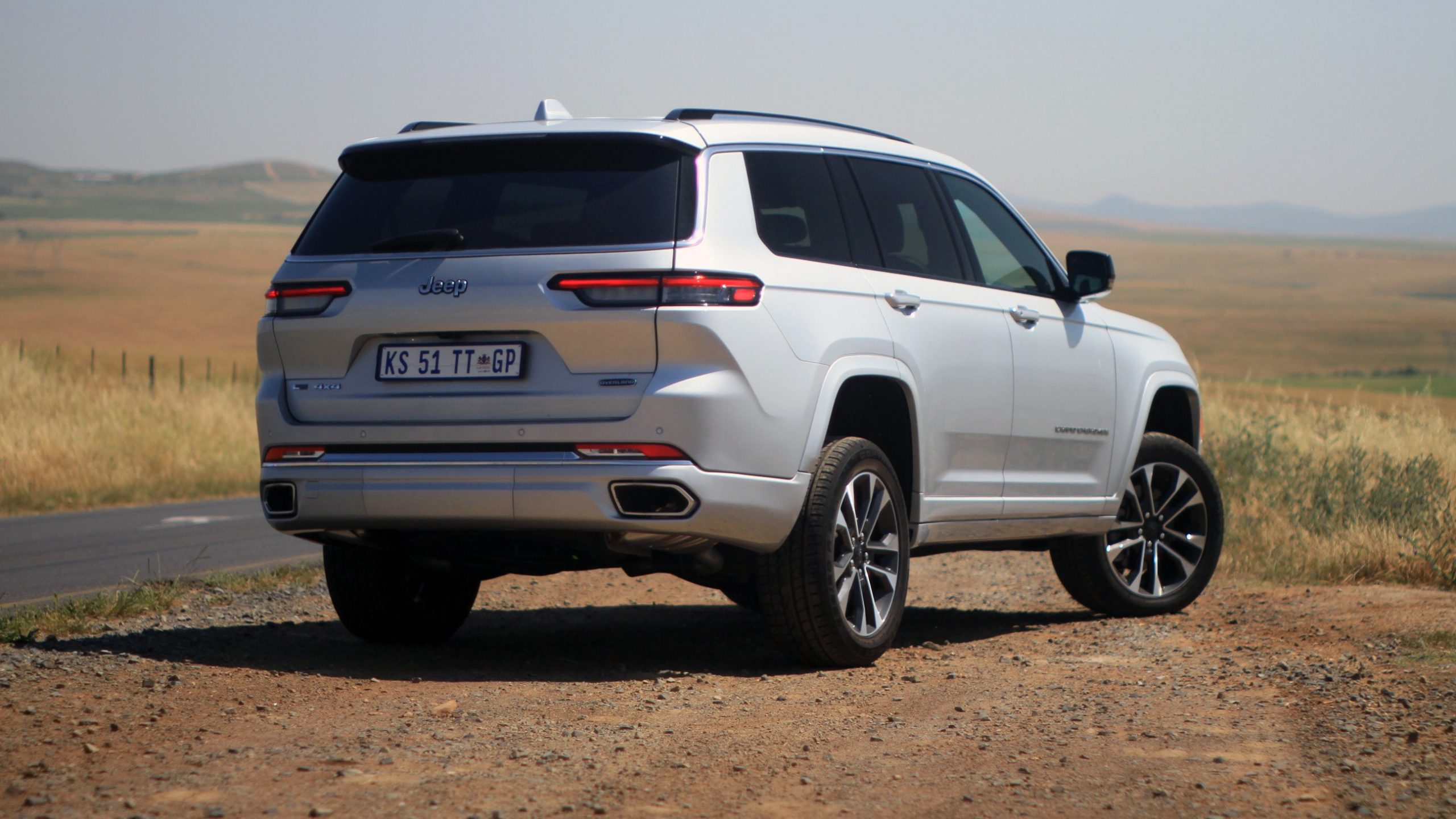 With a presence in the full-sized SUV market that goes back to the 1960s, before SUVs were categorised as such, Jeep has a deep customer understanding regarding the combination of luxury and off-road ability. And its latest luxury all-terrain vehicle in South Africa is the fifth-generation Grand Cherokee.

We spent some time with the middle offering in Jeep’s new Grand Cherokee range. It is the Overland specification and priced at R1 479 900. The Grand Cherokee is marketed as a rival to Land Rover’s Discovery and Toyota’s Prado. Luxury SUVs that possess true all-terrain ability. 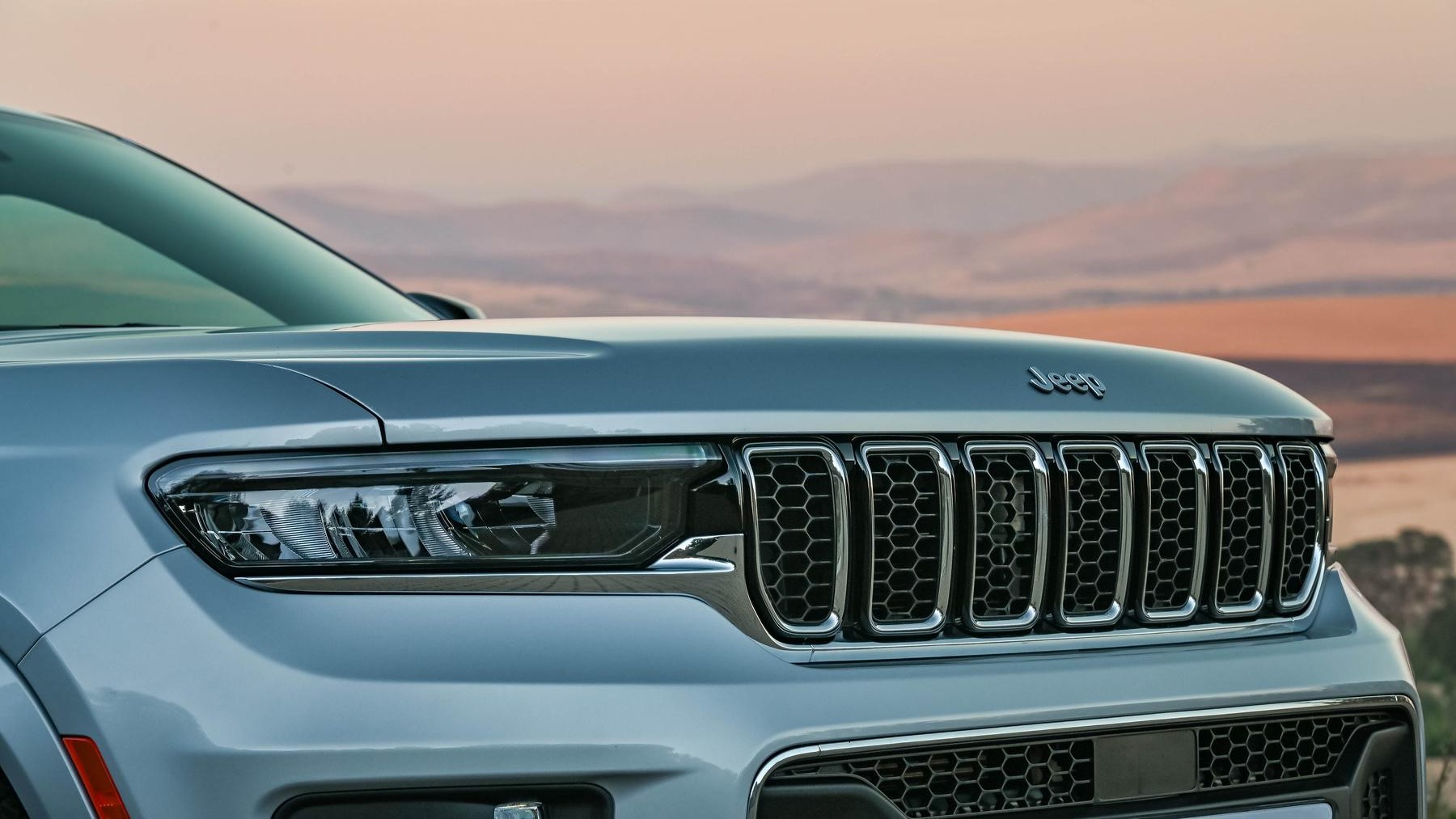 It is a large vehicle, even within the full-size SUV segment. Measured bumper-to-bumper, the Grand Cherokee is 5.2m, and you are never unaware of the 2.15m width when hunting for the elusive parking bay.

The benefit of those extensive dimensions is a very generously sized cabin. This is a true seven-seater SUV, with third-row passengers never feeling like they are resigned to the worst possible seats for long-distance travel. Those rearmost seats are entirely comfortable for longer journeys.

Fold the second- and third-row seats flat, and you can access a huge load area. I easily moved some floorboards with the Grand Cherokee. A task that would ordinarily have required a single-cab bakkie and would have been beyond the capability of a double-cab bakkie’s loadbox. 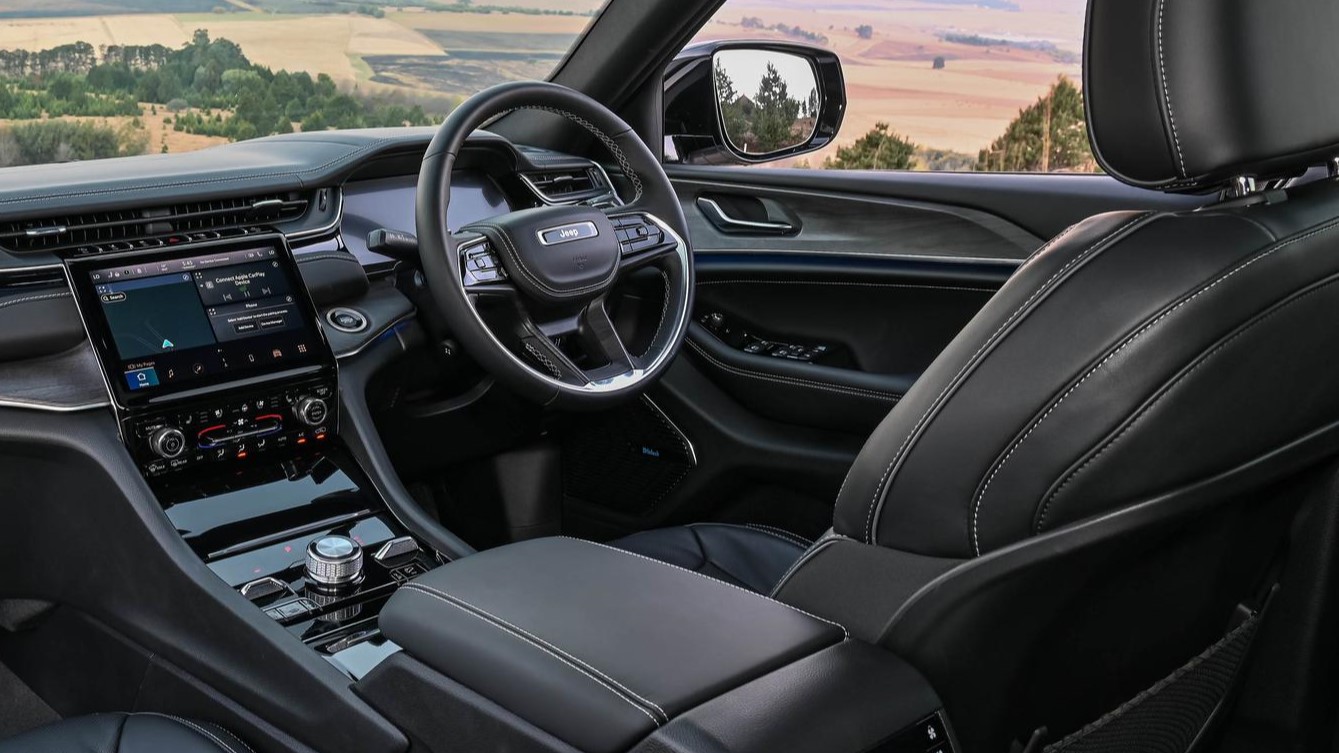 Cabin digitisation is impressive, with a 10.1-inch touchscreen infotainment system and relatively slick UX. Two notable elements of the Grand Cherokee’s cabin infotainment are its tremendous McIntosh audio system and an abundance of USB ports.

Keeping devices charged on a long road trip can be challenging when travelling full-up with a driver and six passengers. If most of your passengers are kids, who are glued to their screens, device charging issues quickly escalate to road trip rage.

The Grand Cherokee has no less than 12 USB ports. Not all of them are synced to the infotainment system, but they all dispense energy and act as recharging points.

With 19-speakers and a 950-watt amplifier, the McIntosh sound system brings your favourite playlist to acoustic majesty, adding resonance to any long journey. Or reducing road rage, during commuter traffic. The Grand Cherokee Overland’s sound system will be an ownership highlight for audiophiles. There is also a novelty to the excellent sound system’s presence, too. Grand Cherokee is the first vehicles to feature this calibre of McIntosh sound. 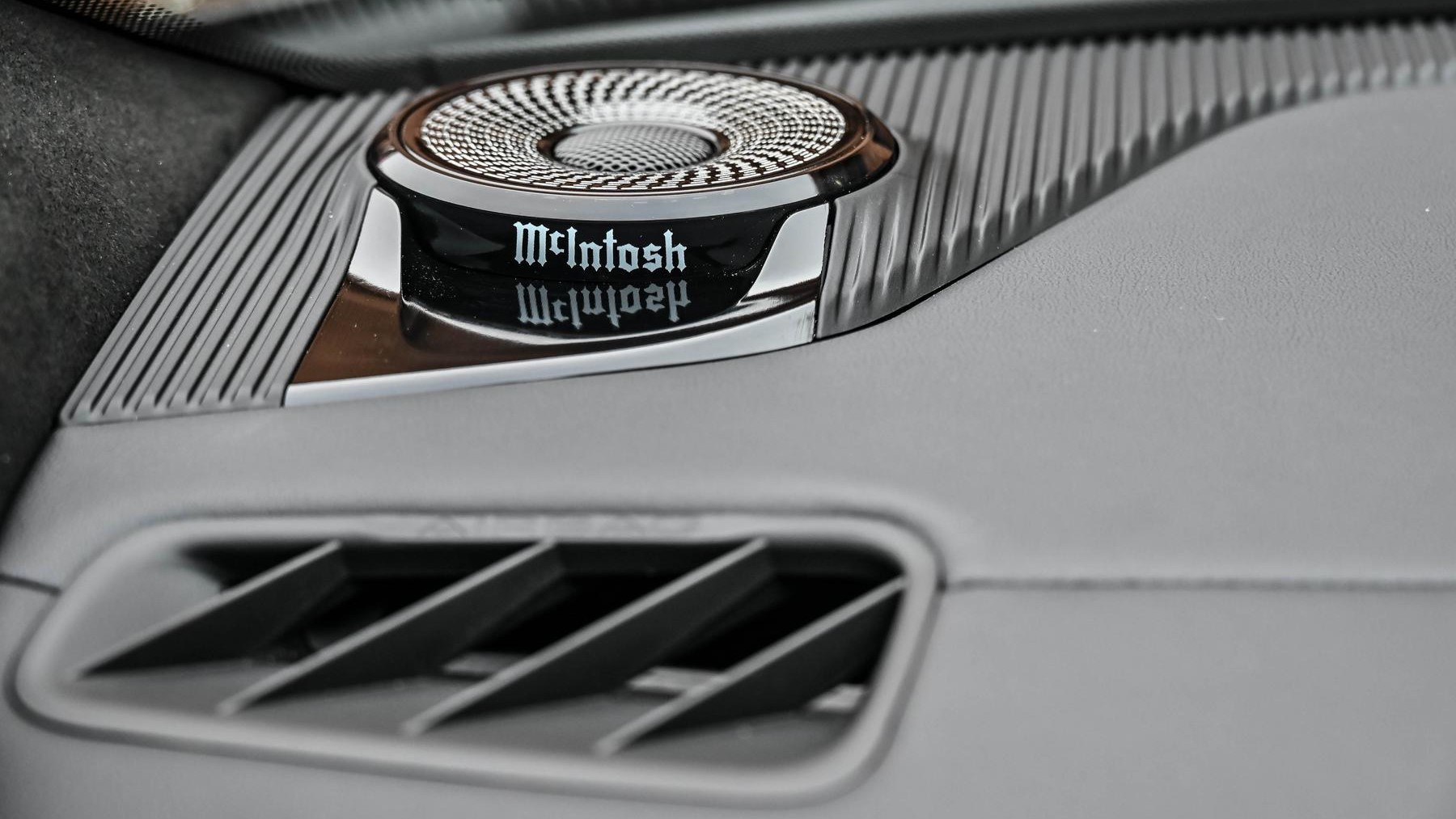 All the clearance for hardcore off-roading

A differentiated exterior design and vast cabin are great, but what is the Grand Cherokee like to drive? It’s huge, making parking an anxious experience for drivers who lack vehicle corner awareness and placement confidence. But with an adjustable air-suspension system, the Grand Cherokee has terrific ride quality and relatively low body roll levels for a vehicle of its size and ride height.

Leave the Grand Cherokee in its ‘aero’ suspension setting, and you’ll save fuel and drive along with the lowest possible centre of gravity, aiding directional stability. When you need to venture off-road and explore, simply stop and raise it to 276mm of ground clearance, which is more than adequate to conquer even the severest off-road trails without risking vehicle damage.

On South Africa’s often potholed rural roads, the Grand Cherokee is very confidence inspiring. The air-suspension system insulated passengers from the worst bumps, ruts and pothole impacts. It also made Grand Cherokee more stable to steer when rolling along at speed, on poorly maintained rural roads. 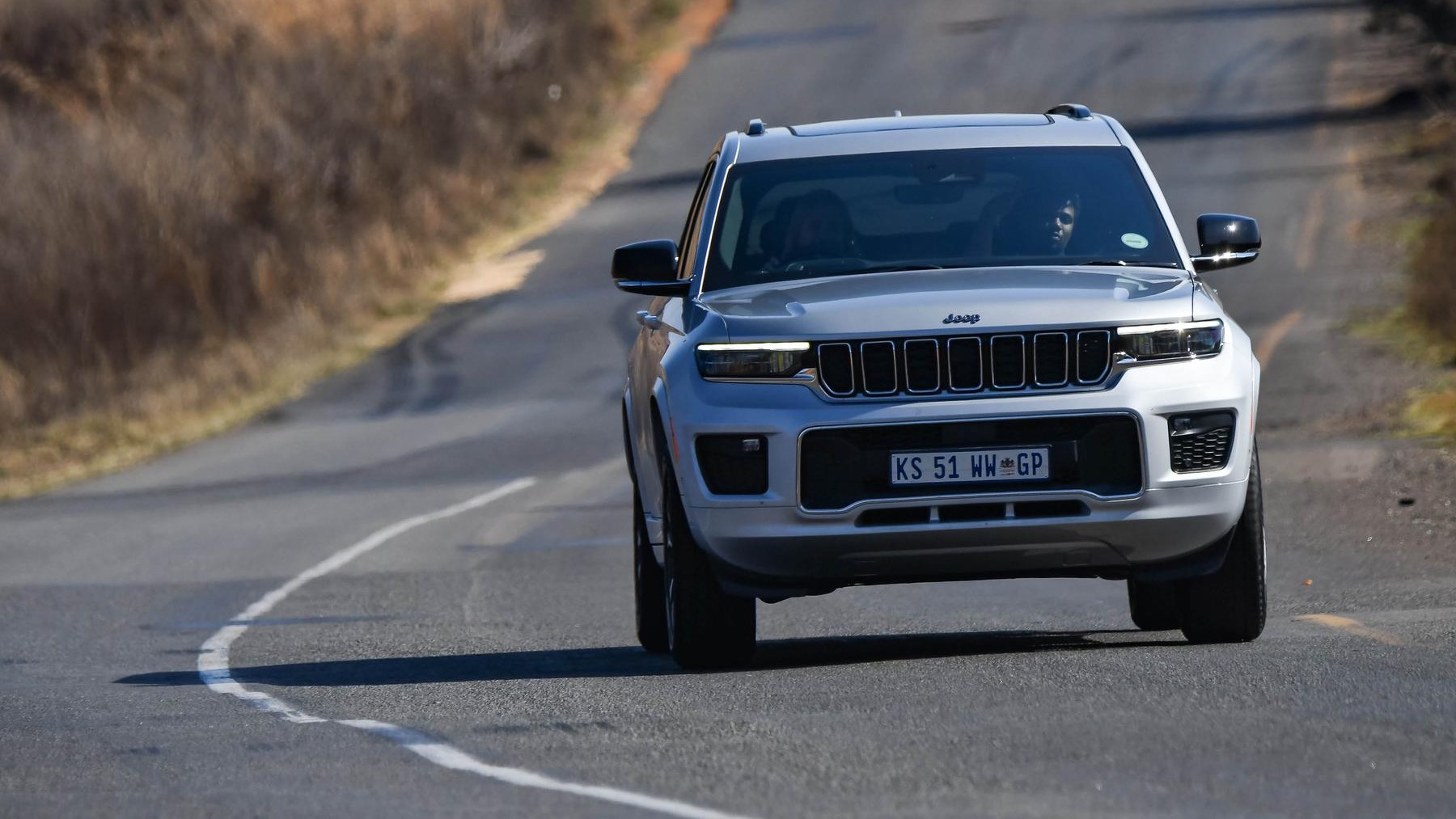 If you need an atmospheric V6

Jeep is synonymous with petrol engines. The V6 powering this luxury Jeep displaces 3.6-litres and doesn’t feature any super- or turbocharging. It pairs with an eight-speed automatic transmission and has a pleasantly linear driving characteristic, although fuel consumption will rarely dip below 11l/100km. Fortunately, this luxury Jeep has a generously sized 87-litre fuel tank.

The luxury SUV market has evolved away from hardcore 4x4s. But if you require a luxury cabin with three-row seating and true grade 4 and 5 level off-road ability, Jeep’s fifth-generation Grand Cherokee abides.

The lack of a diesel engine option and a slightly truncated touring range might be an issue for some. But if most of your off-road driving is sand track and dunes, the Jeep’s V6 petrol engine has certain advantages. And if you want a luxury SUV with the rarity factor in South Africa, Grand Cherokee provides exactly that. 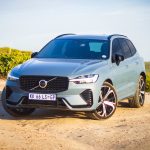