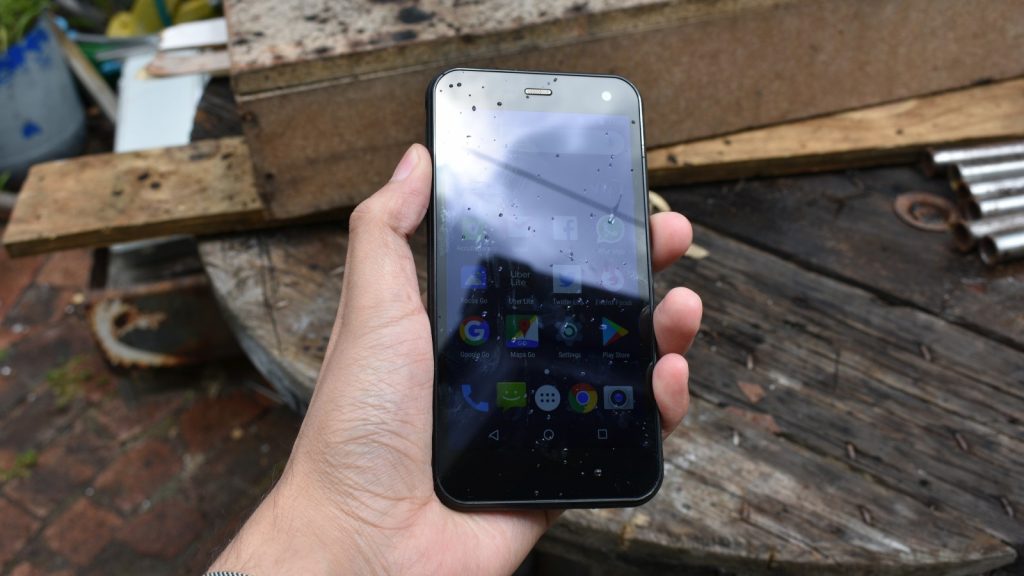 A rugged body, or decent value. Choose one, because rugged smartphones just can’t seem to offer consumers both.

It’s a problem I noted as soon as I laid hands on the CAT S31 last year, a phone that showed so much promise but ultimately left me frustrated.

The same is true with the Land Rover Phone, a device that is extremely promising for what it is, but costs in excess of R13 000.

This year, Energizer’s entering the rugged phone space at a much lower price point.

At R3999, the HardCase H500S is one of the cheapest rugged smartphones you can buy in South Africa, but even that means little to the average consumer, or the rugged phone enthusiast.

Having used it for well over a month now, I can finally draw some conclusions. 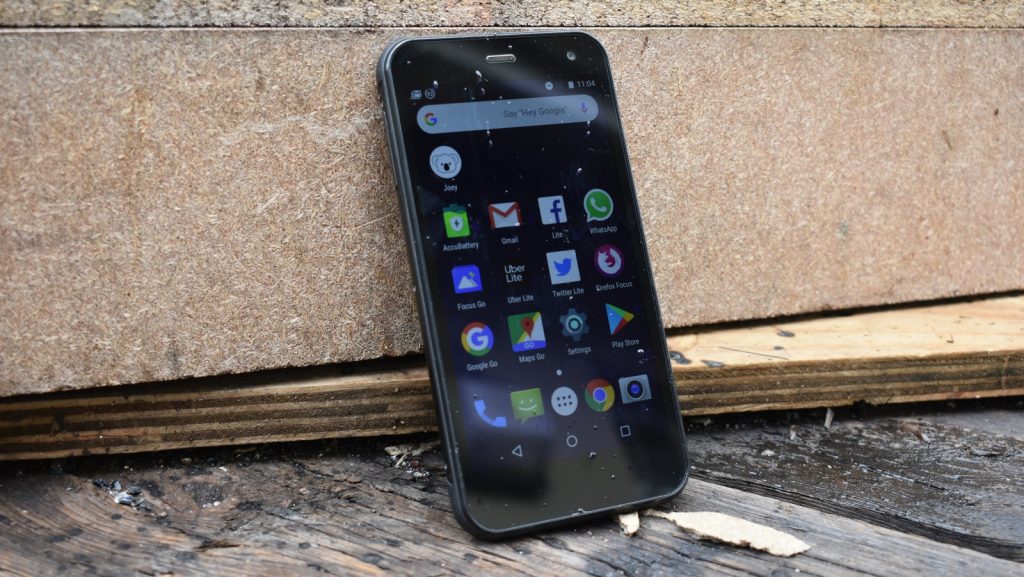 For one, I have to applaud Energizer (and its actual manufacturer Avenir) for making a rugged phone that isn’t ugly.

Too often these things are wrapped in roll cages and scaffolding, but the HardCase H500S (almost) looks like a normal smartphone.

It still has a few rugged phone traits though: flaps cover the headphone jack and charging port, while the rear is cocooned by textured rubber. But these are only noticeable when holding the phone, and holding the phone is definitely made easier thanks to the latter.

It’s also fairly small and lightweight for a rugged device. It weighs in at just over 140 grams and measures 10mm thick. That’s some 60 grams lighter than the CAT S31, and 2mm thinner too.

What clearly apparent is how dated other aspects of the design is.

Bezels top and bottom are sizeable, which does beg the question of why Avenir decided against hardware buttons, which guarantee clicks even when your hands are wet or dirty. 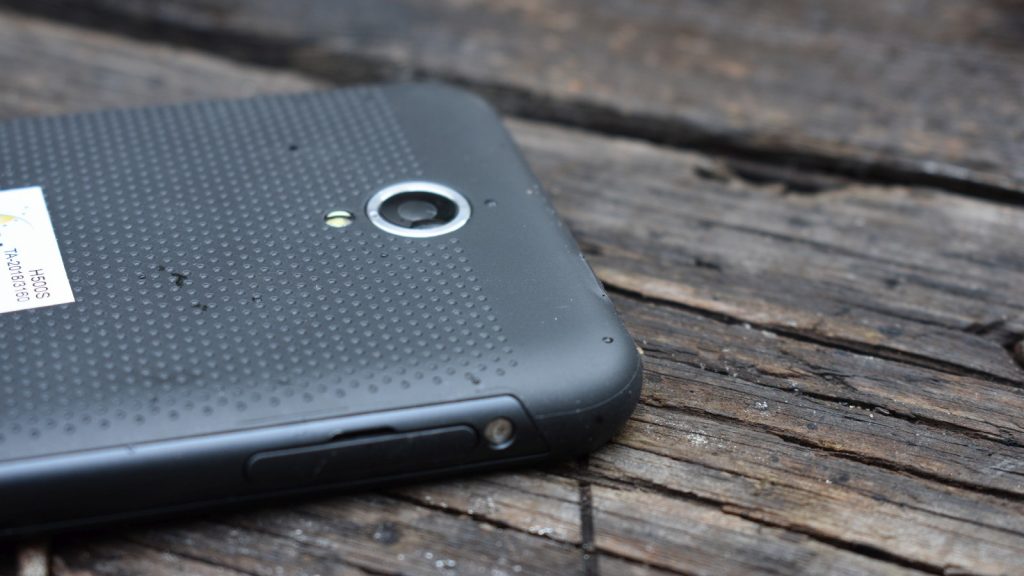 There are physical volume and power buttons, however, which are easy to find when not looking at the phone.

The SIM card slot, which doubles as a dual SIM slot, is tucked away by a protective grommet too. Getting it out of its slot required more than just a fingernail. I pry it open using another phone’s SIM tray tool wedged into the groove.

Finally, at the rear, a single camera with flash, a loudspeaker and the Energizer logo feature.

If you came here looking for big numbers, be disappointed.

The Energizer HardCase H500S isn’t going to set the smartphone world on fire, nor should you really expect it to. Remember, this thing is R3999, and it made its international debut nearly two years ago.

Its specs sheet definitely shows its age, too.

Up front, its display measures 5.0-inches from corner to corner, and features an LCD TFT panel with a 1280×720 resolution. It’s an average display with a decent brightness range, but it’s only just visible in direct sunlight.

It does have a really great ambient light sensor though, so at least you won’t be required to physically toggle the brightness when your hands are occupied.

Its specifications definitely shows its age

The phone is covered in Gorilla Glass 3, at least, so it’s fairly resistant against mild scratches. I wouldn’t want to drop it face-first on a rock, though.

There’s also a screen protector in the box (or tin, the box is actually a tin), but somehow it was cracked before I could apply it.

2GB of RAM and 16GB of internal storage are also included, which is among the worst numbers you’ll find on a phone that costs R3999 in 2019.

Again, rugged phones do add bulk and therefore do cost more, but thanks to their niche, they’re also more expensive. Even so, these numbers are disappointing. 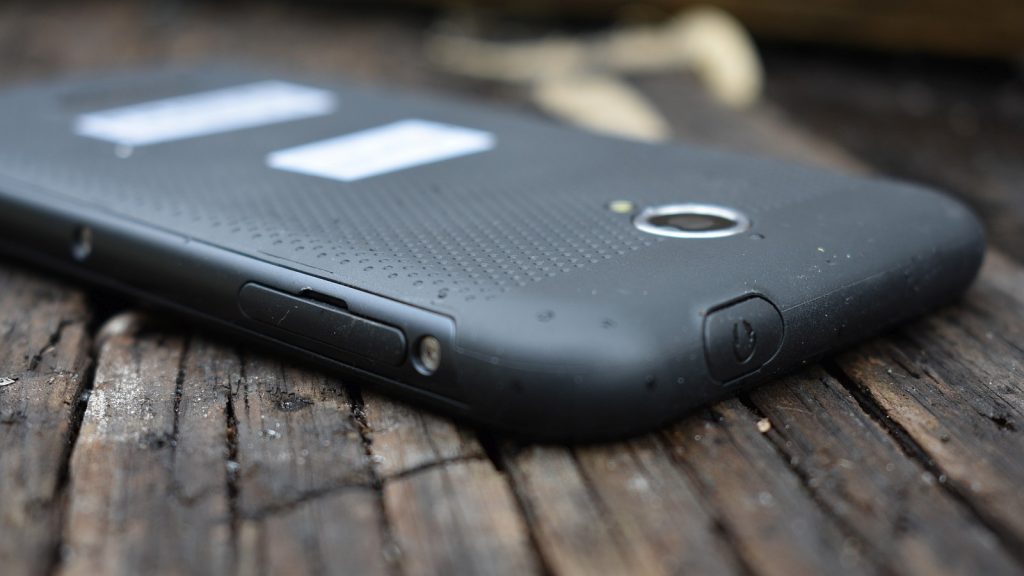 You can, however, slot in a microSD card to increase storage capacity but at the expense of a second SIM card.

There’s also a 3000mAh battery — one reason the device is so light — and a 13MP rear camera with EIS and autofocus. There’s a 5MP up front too.

Other key features include IP68 water and dust resistance, an FM radio, and a headphone jack. Bluetooth 4.0 and WiFi 802.11 n support also feature.

What you don’t get is any type of identity authentication, like face unlock or a fingerprint sensor. This means each time you unlock this phone, you’ll have to input a password, pattern or PIN.

If you’re a construction worker, you’ll have to do this with concrete-splattered hands, or oiled paws if you’re a mechanic. But hey, at least you can rinse the HardCase under a tap if need be.

For cheaper smartphones, regardless of their niche and especially phones from lesser known manufacturers, I feel post-purchase software support is the biggest issue. 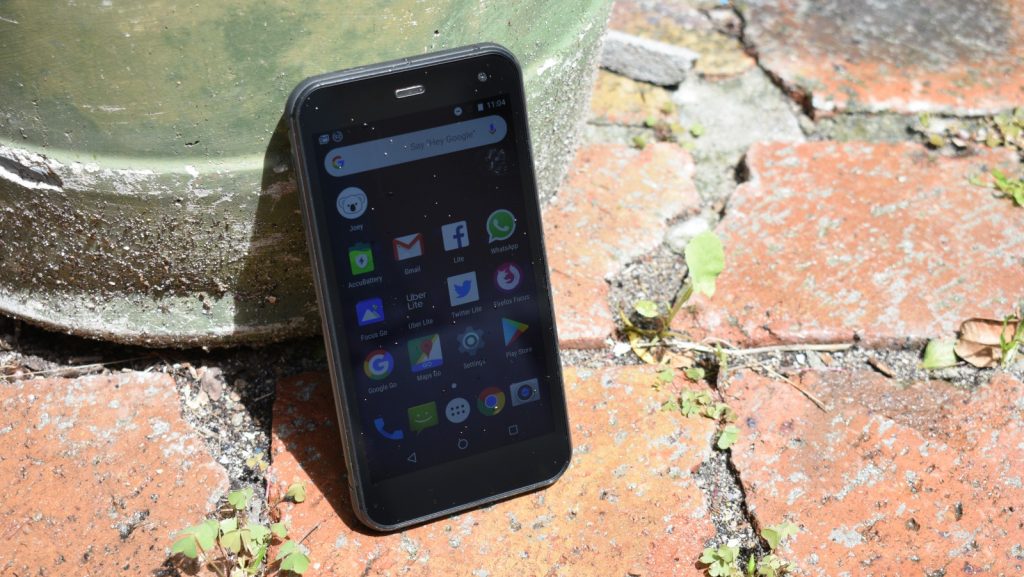 If regular Android updates are important to you, the HardCase should be at the bottom of your list.

Thanks to that Mediatek chip, the phone is not fast by any means, but I feel the HardCase H500S offered faster response times than the CAT S31 (powered by the Snapdragon 210).

Still, the phone does what it needs to do, efficiently and without fuss.

You can definitely run WhatsApp easily, install Instagram and enjoy scrolling through cat pictures, and browse the web on your favourite browser.

Scrolling is zippy, even when using Firefox Focus. I found Chrome performance to be much, much worse though. Lite apps work best on this phone, and will ensure you don’t use all your storage by just installing those that you need most.

With about 11 apps installed, I had about 11GB of free storage available. Most of these were lite apps.

As for gaming… sigh. If you need someone to tell you this, you’re not going to have a good time gaming on this thing, or doing anything that’s remotely demanding. So that rules out video editing, heavy multitasking or intense tab usage.

Camera performance, too, although adequate, is not a feature I can praise. In my preview, I noted that it was good for what it was: a mid-range camera.

This phone isn’t made for mobile photographers — but I did expect it to give me more control, at least over features like the flash and include a rudimentary manual mode.

It’s still enough for snapping technical drawings or plans, layouts or documents, but that’s about it.

And finally, that 3000mAh battery will definitely get you through the day, but little beyond that. 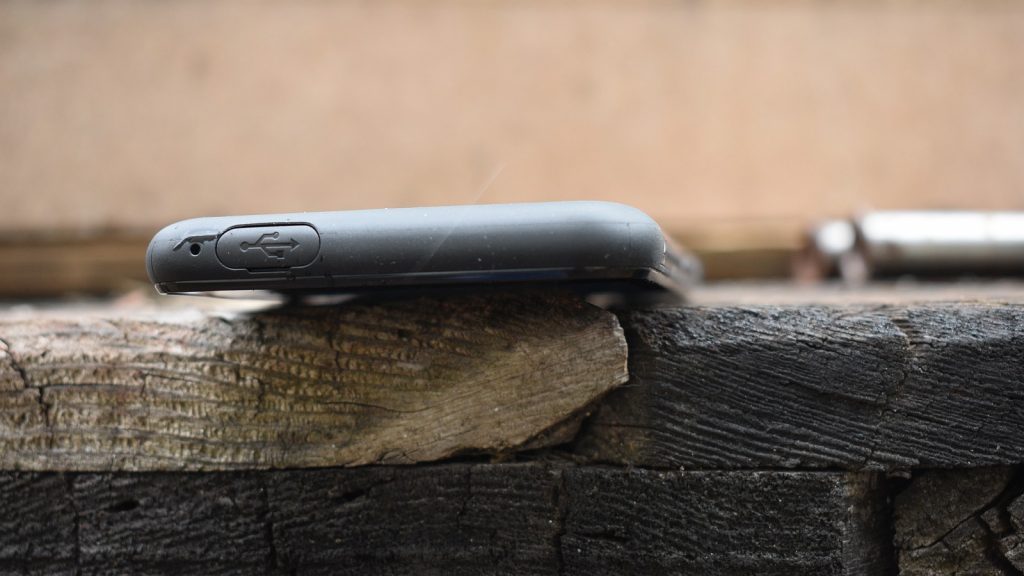 I could eke out just over three hours of screen-on-time on average with the HardCase H500S, enough to get through a lightweight workday. I would, however, recommend keeping a powerbank handy especially if you’re working outside and brightness is set to max.

You may want to give it a night to charge entirely too. Compared to more recent devices I’ve used in this price range, charging times are ludicrously long, even while using fast chargers. Fully charging it from 0% takes more than two and a half hours.

Should you buy the Energizer HardCase H500S?

The simple answer? No. Considering context an use case, it’s a bit more complicated than that.

If you’re looking for a phone you aren’t planning to drop in a puddle, or tote to your construction job, you really shouldn’t consider it. There are so many other non-rugged phones that offer more value at this price.

But, if you do work in construction, tend to drop your device often, or looking for a secondary device for the outdoors, it’s worth a shout. 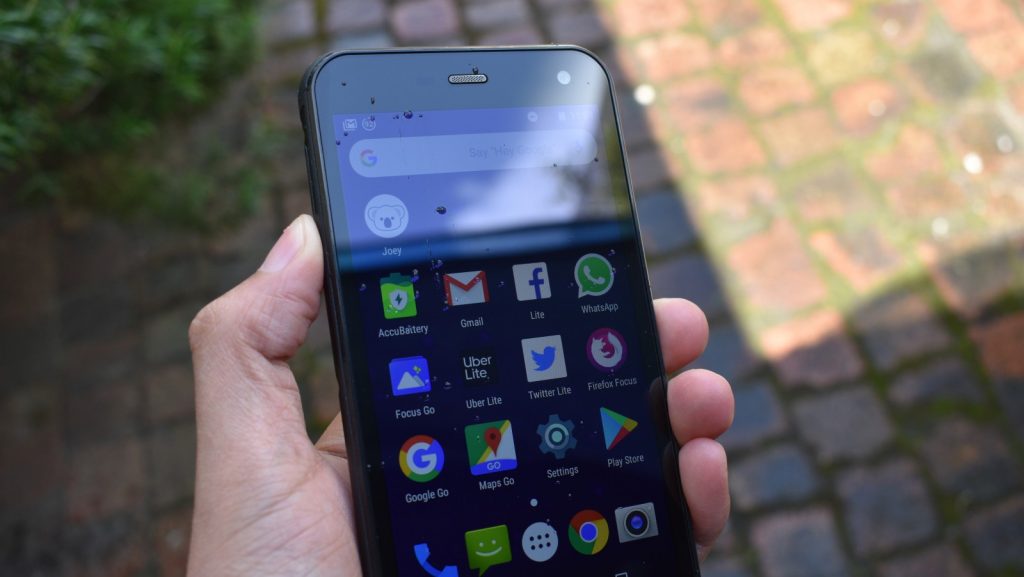 And with that said, few other rugged phones offer the value the HardCase H500S can at this price.

That isn’t to say it doesn’t disappoint as a phone. I’d much rather purchase a non-rugged phone and slap on a sturdier case.

However, if you are in the market for something in this smartphone genre, well, you could do worse. 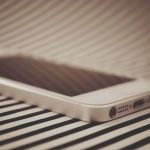