The Epic Games Store has released its stats for 2020, showing major growth for the online storefront.

The digital storefront, owned by Fortnite publisher Epic Games, has taken an aggressive strategy in recent years to compete with Steam.

And this strategy seems to be paying off.

According to Epic Games, daily active users increased by 192% in 2020.

“Daily active users are up 192% to 31.3 million daily active players, with a peak CCU 13 million concurrent players this year (up from 7M in 2019),” Epic Games said in a statement.

The publisher said that purchasing has also increased, with players spending over $700 million on games – excluding coupons.

The publisher highlighted notable features that had been added to the storefront to improve the user experience. This includes the wish-listing feature.

Of course, the increase in the games catalogue didn’t hurt. Between 2019 and 2020, the Epic Games Store increased its catalogue from 190 to 471 games.

A total of 103 different titles were also included in weekly free game promotions.

In December, Epic ramped this up with daily free games as part of its festive promotion.

Most popular title on Epic Games

Epic Games also summed up its most popular titles in 2020.

Unsurprisingly, the list included Rocket League, which went free-to-play on the storefront in 2020.

While many of the titles on the list are free-to-play or were included in weekly free game promotions, there are also new paid releases.

You can see a summary of the most popular Epic Games Store titles below:

Read more: Dev creates browser game where you try to get through 2020 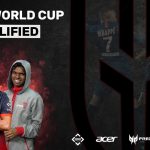