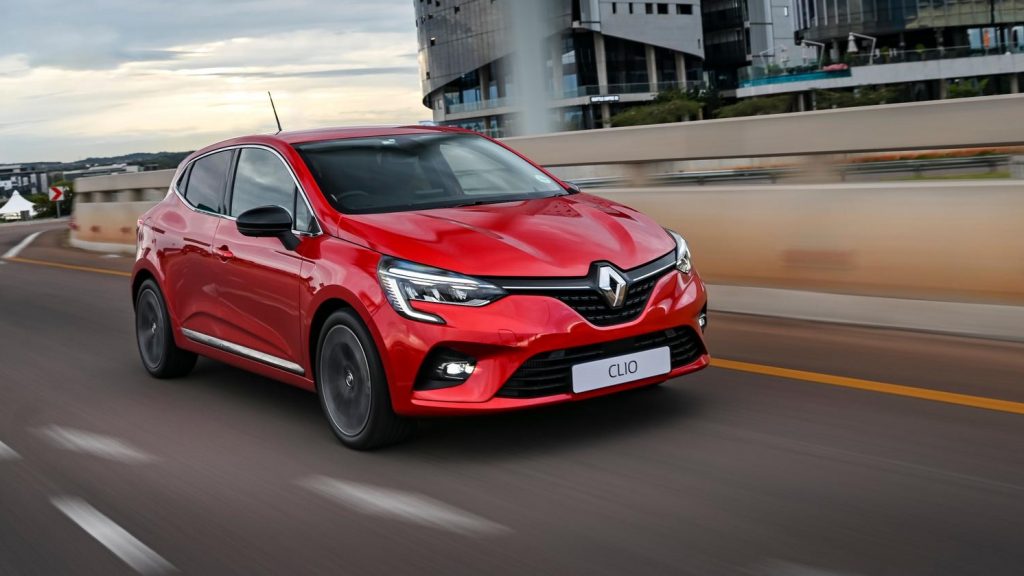 Clio Intens is the range topping version of Renault’s recently introduced compact hatchback range. And a car, that remains true to its French engineering legacy and Parisian design influence.

South Africa’s hatchback market is essentially the VW&VW show. With Polo and Vivo untroubled atop the sales charts.

But if you desire some individualism and prefer French design to a German industrial aesthetic, there’s always been an alternative from Renault. With its Clio.

It has been a near three-year wait for the new Clio. Originally scheduled to arrive in late 2019, but the pandemic and supply chain issues delayed that until earlier this year.

Now in its fifth generation, the Clio remains a distinctively styled compact hatchback. With its switchblade shaped headlamps, tapered roofline and hidden rear door handles, this French five-door family car has a bolder presence than Polo.

Renault’s design team has given the Clio V a pseudo-coupe look instead of a traditional hatchback silhouette. And it looks all the better for it. 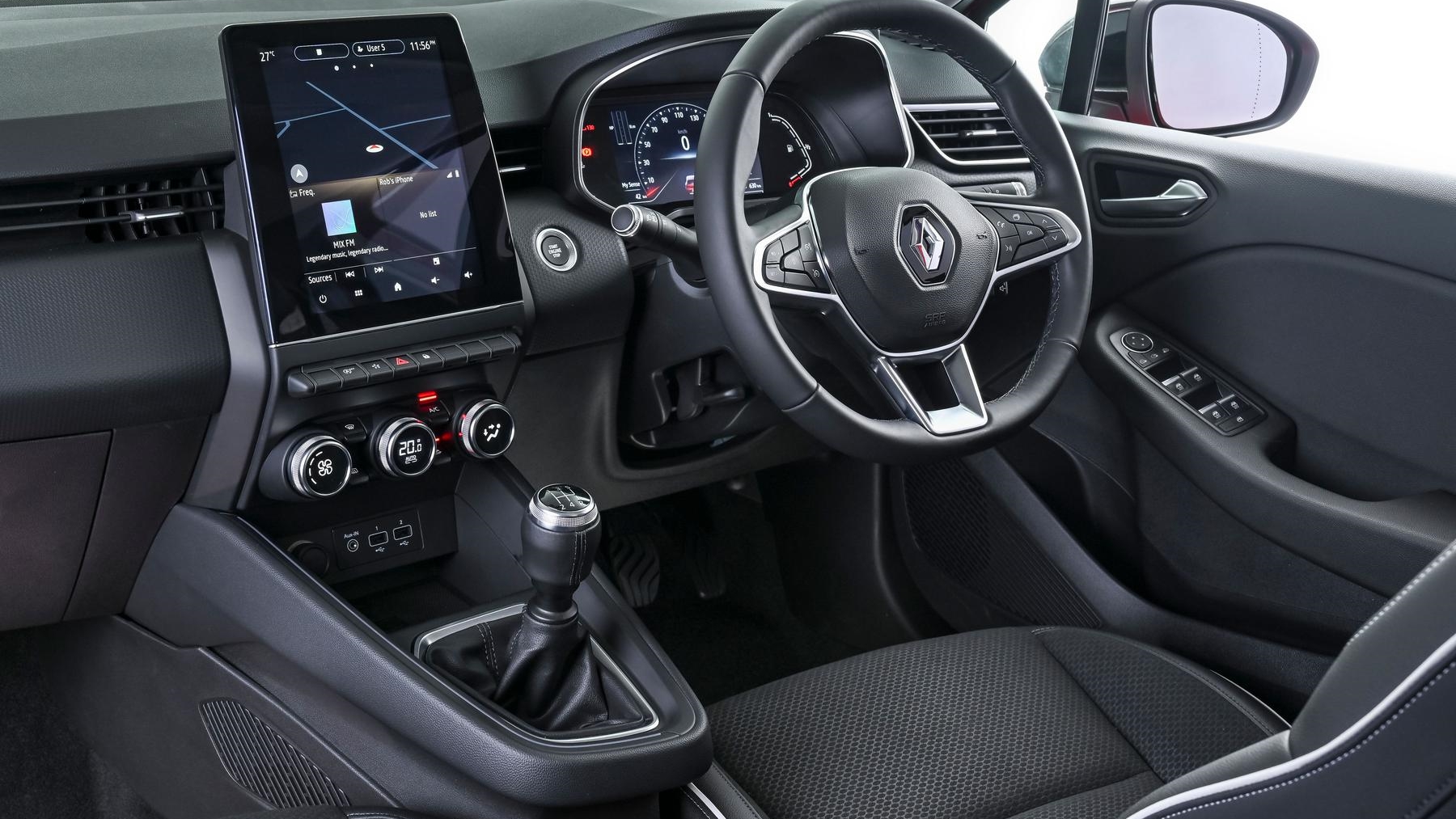 One gear less – that you would expect

The cabin architecture and ergonomics are also decidedly French. With a large infotainment screen, HVAC tabs and traditional rotary dials. Once you become accustomed to the user interface, it works very slickly.

The infotainment volume and track/episode scrolling functions are operated by a stalk behind the steering wheel on the right. It is an unusual configuration, but works well once you have adapted to it – compared to conventional buttons or track wheels on the steering wheel surface.

Clio V has the design appeal to rival the new Polo, but what about its driving experience? There is only one engine option, a turbocharged 1-litre triple. It produced class standard power outputs of 74kW and 160Nm.

Renault uses the 1-litre triple engine platform across many models, and it is calibrated to be very keen on boosting. This is a necessary engineering configuration for any small capacity engine – which would feel particularly gutless at low speeds without hyperactive turbocharger intervention.

Deleting that sixth gear helps structure a more competitive price point for the Clio. But compared to the new Polo range, you can have an extra 11kW and a dual-clutch gearbox for only R5000 more. 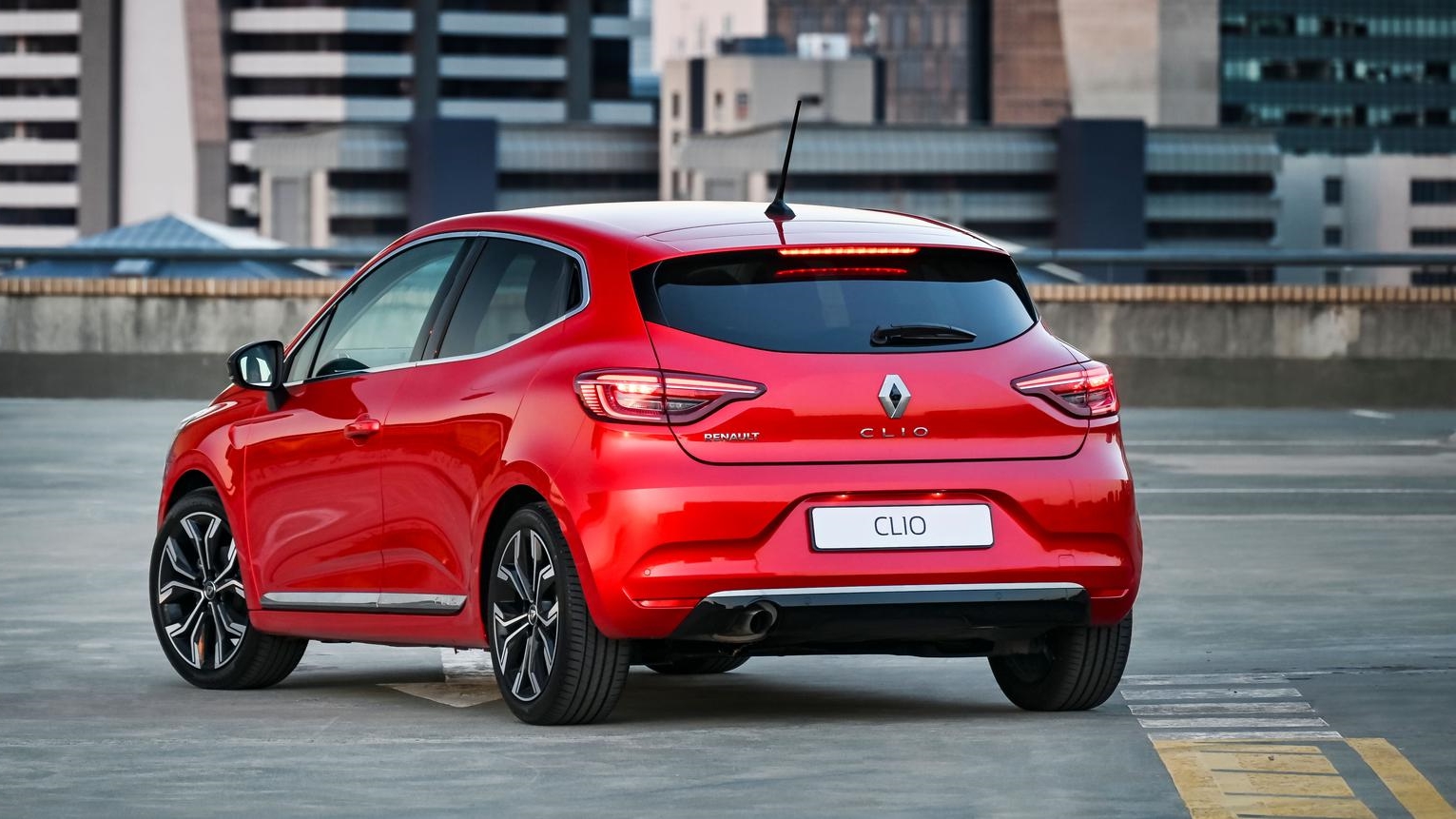 Not that light on fuel

Specification comparisons aside, the five-speed manual gearbox shifts positively. And if you are a true car design geek, you might recognise its shifter top as reminiscent of a legacy Audi gearbox design.

Claimed fuel consumption is 5.7l/100km, but in a week’s test-driving cycle, we recorded 7.7l/100km. This is a reasonable figure for something of the Clio’s weight and engine specification. It also proves that the current generation of tiny capacity turbopetrol engines continue to be heavier on fuel than small capacity four-cylinder turbodiesels.

French cars are celebrated for their ride quality and although our test car was rolling 17-inch wheels (instead of the 16s, with larger volume tyres), comfort levels were high.

The Clio V is an outlier if you are familiar with small cars that nervously wiggle over poor road surfaces. Its suspension geometry and damper settings deliver a drive that confidently tracks around medium radius turns, even if there are mid-corner bumps.

Although shorter than the fourth-generation Clio, this new version had excellent high-speed cruising stability, despite the electric power steering feeling quite lifeless in the dead ahead position. 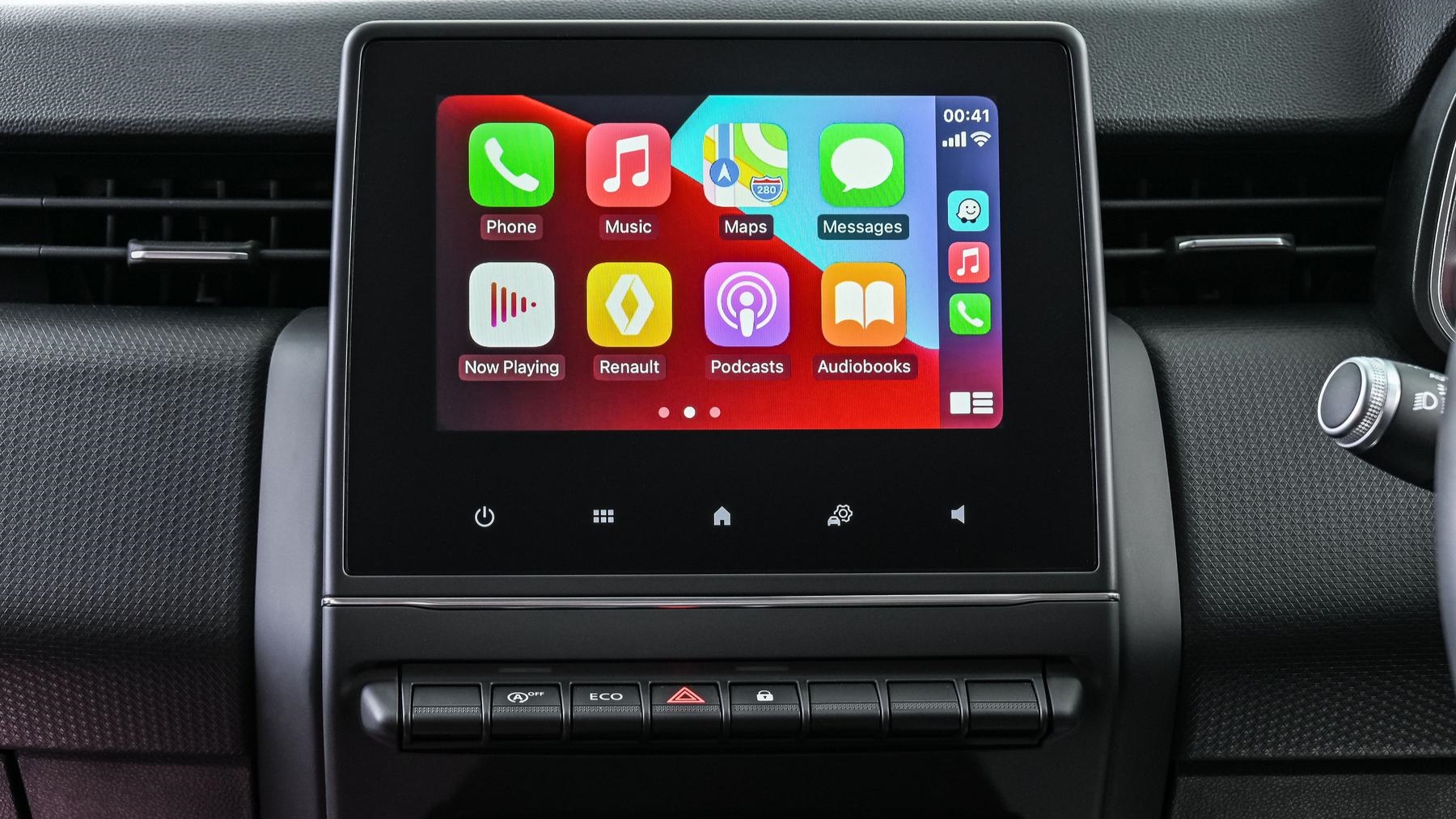 Clio Intens is loaded inside

Infotainment is a crucial decision point for all cars, especially compact hatchbacks. The Clio Intens has a 9.3-inch touchscreen infotainment screen and inductive charging – to keep your device powered-up.

The portrait orientation infotainment screen has good graphic contrast in direct sunlight, but its reversing camera function lags. There is an occasional frame freeze on the camera display when you are backing-up, which isn’t great when inching back in a critical parking scenario.

Android Auto and Apple CarPlay synching is seamless, and there two USB ports if you need to charge additional devices. 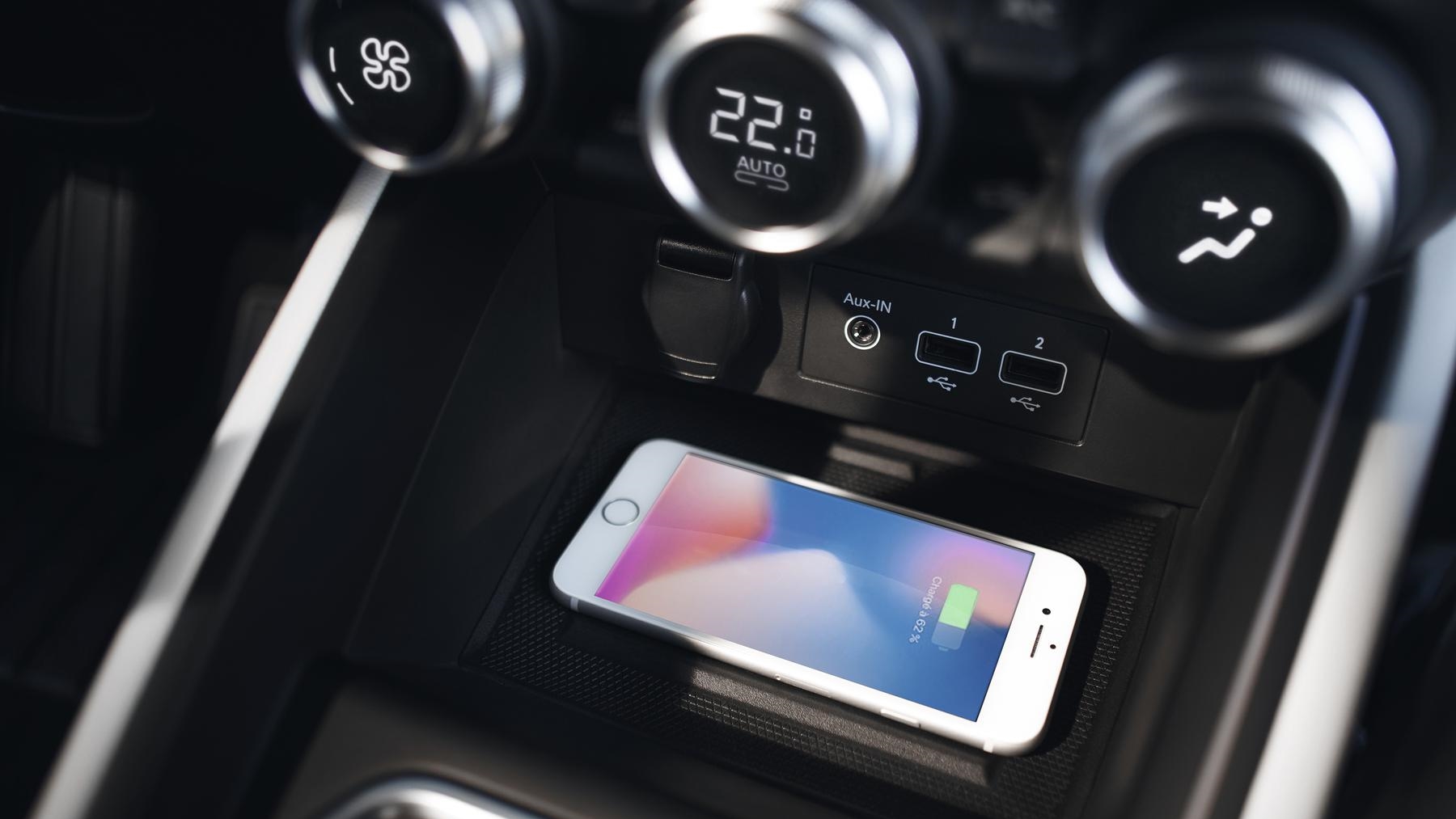 Renault’s industrial designers have themed some of the Clio’s exterior design flair with pinstripe seat fabric. A look that is appealing and should remain on-trend for many years.

You never realise the value of luggage space litres until frantically packing for that weekend away on a Friday morning – hoping to beat traffic. And here the Clio V abides. It has 391-litres of luggage space, easily besting the Polo’s 351-litres. In fact, Clio’s luggage space is even better than a larger Golf8.

Priced at R364 900 the Clio V Intens TCe 100 Turbo is comprehensively equipped. A little bit more money gets you a better engine and gearbox in the guise of Polo’s Life, but it has significantly less luggage space. A 1.2-litre engine and CVT transmission are scheduled for introduction later this year.

For South African hatchback buyers who value a more distinctive design without any sacrifice in luggage capacity, Clio V might have been worth the wait. 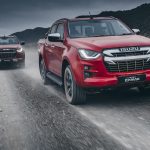