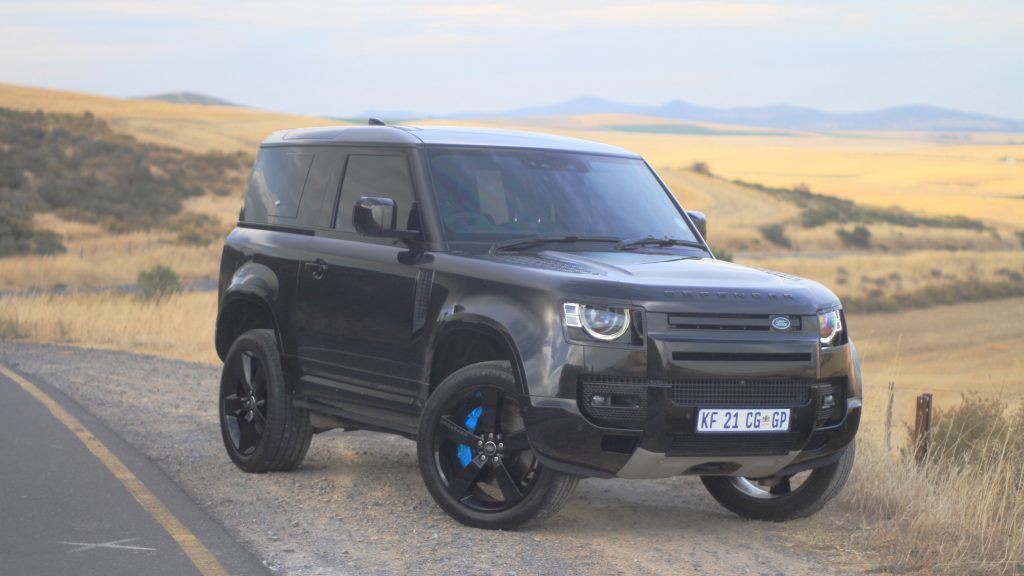 Defender 90 V8 promises huge power and style, but does it make the wrong statement for Land Rover’s most iconic model?

Defender has always defined Land Rover. It was the British all-terrain brand’s original product and remains the most iconic. Although Land Rover’s product portfolio features higher-order luxury SUVs, such as Range Rover and Discovery, the Defender has always remained a core business anchor.

In a world where buyers are biased toward traditionally styled all-terrain vehicles, the Defender has unmatched brand cachet. Very few vehicles are instantly recognizable at 100m. But Land Rover’s Defender is one of those. And in an increasingly crowded luxury SUV market, its design purity and legacy, are strong marketing features.

The platform is excellent, too. But is there such a thing as too much Defender? Or rather, a too powerful Defender. 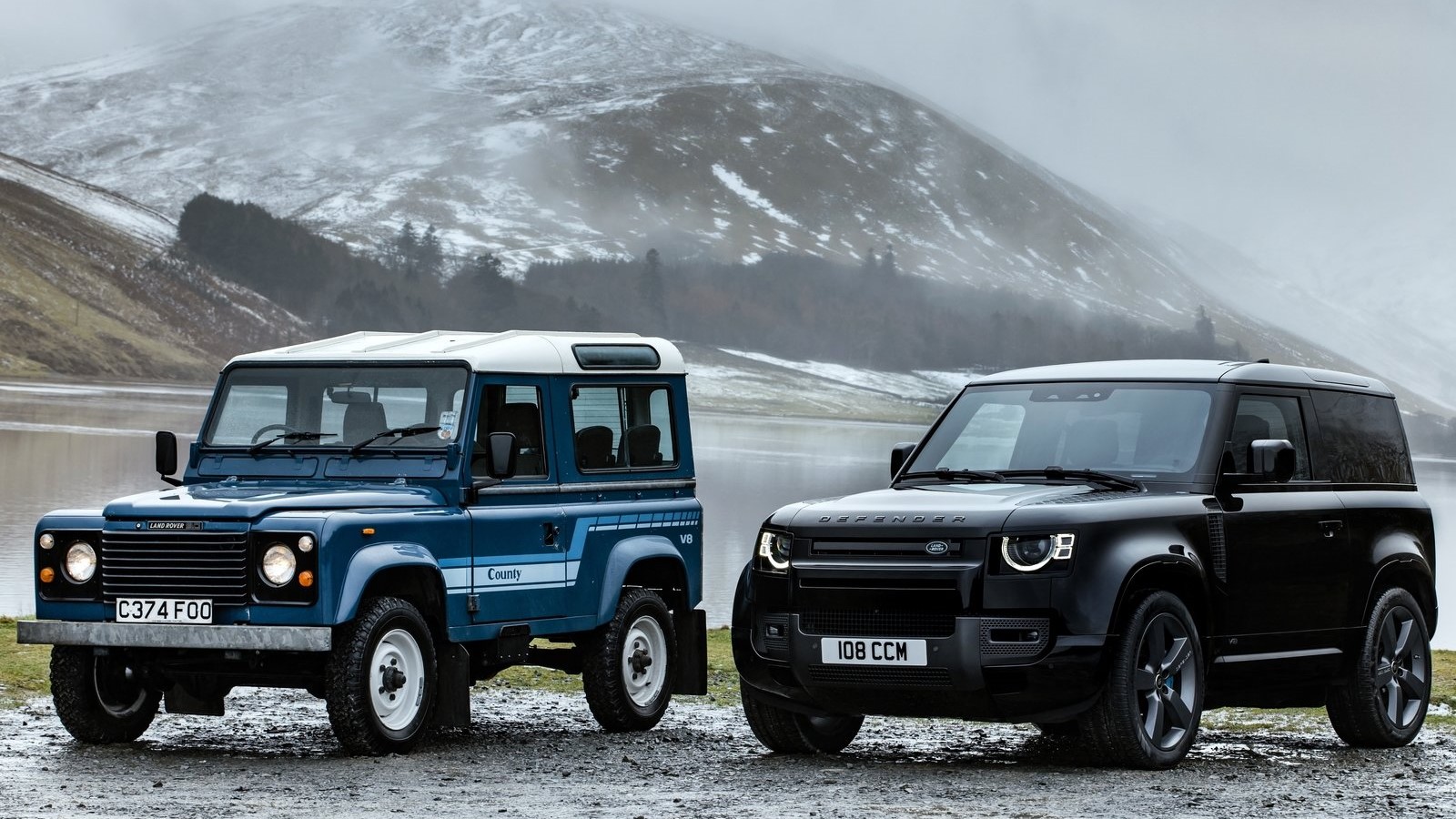 This V8 Defender idea is not new

Equipping Land Rover’s Defender with V8 power is not a new idea.

In the 1980s, Land Rover rerolled the Rover 3.5-litre carburettor engine, for duty in the 110. Despite being enormously heavy on fuel, this engine was revered for its ability to sustain high engine and wheel rotational speeds when churning through thick sand.

Despite many off-road enthusiasts being biased to diesel, even hardcore Camel Trophy adventure drivers knew the value of a high-revving petrol V8 engine. For extreme off-road exploration driving. 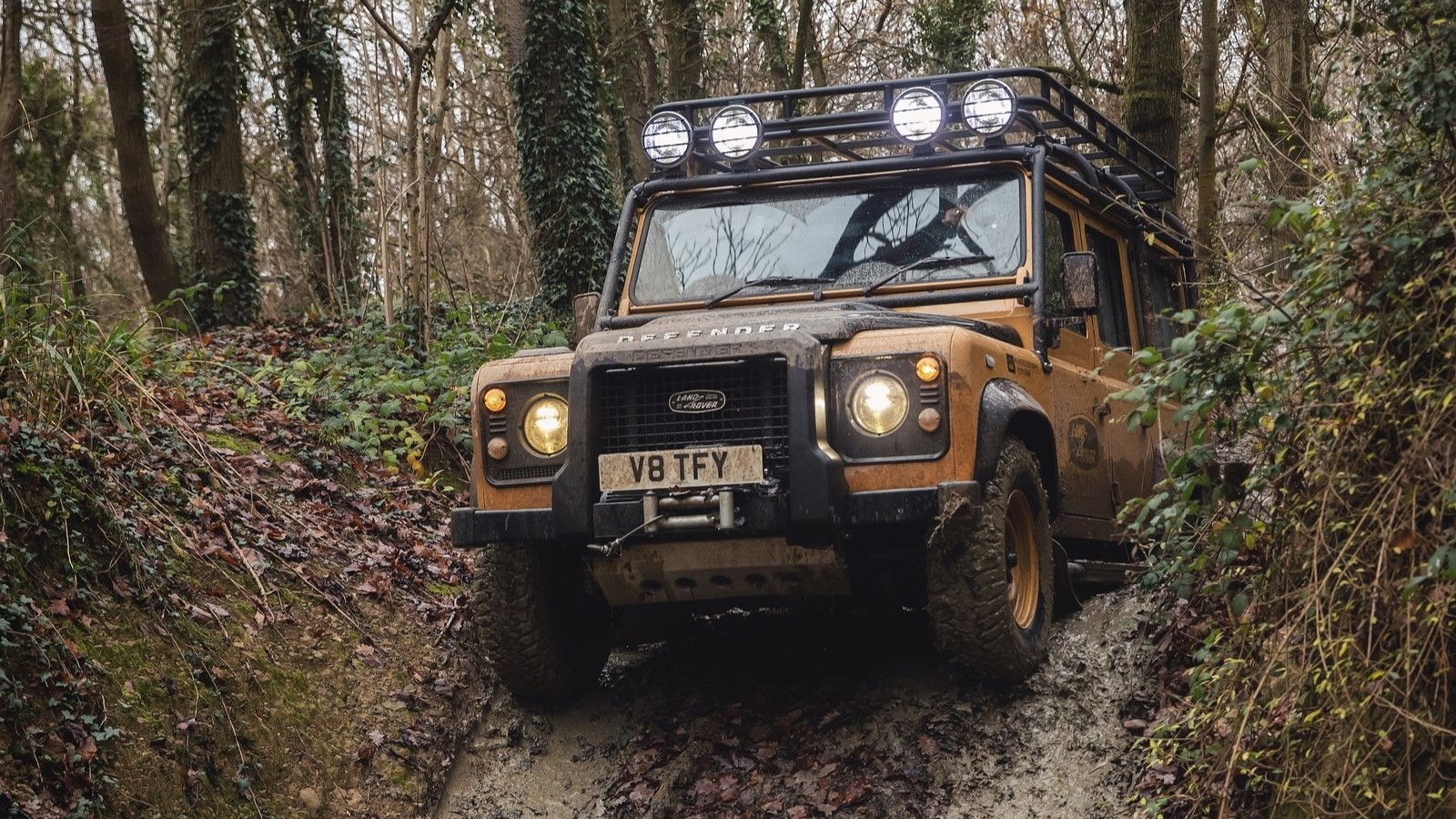 During the 1990s Land Rover retired 110 V8, yet many pined for a high-powered petrol Defender.

That need was ironically filled by an odd and short-lived corporate takeover, featuring a curious South African connection.

BMW and Land Rover merged for a very short period in the mid-1990s. And BMW South Africa piloted a project to produce Defenders, powered by the German company’s renowned 2.8-litre in-line six petrol engine. A more than worthy replacement for the 3.5-litre Rover V8.

But another true V8-powered ‘original’ Defender would have to happen. And that would only eventually happen two years after the Defender’s lifecycle ended, in 2018 with its 70th Edition Works V8 version… 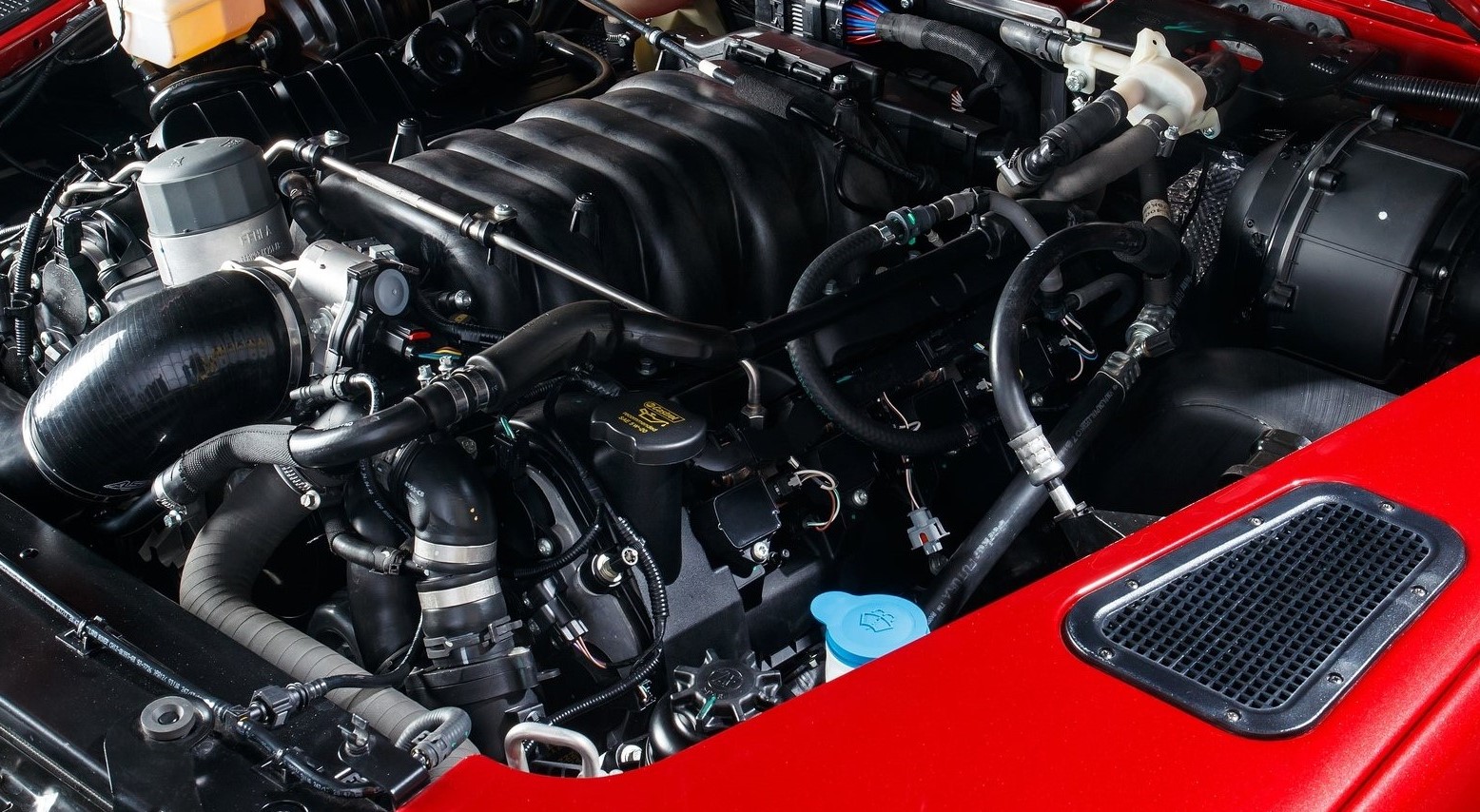 Created as a collector’s vehicle, the 70th Edition Works V8 Defender was an enormously compromised Land Rover. Charming. But also quite ridiculous.

That brings us to the 2022 Defender 90 V8. Same logic, but with better bits. The Defender 90 V8’s base statistics appear staggering. Its 5-litre supercharged V8 engine boosts 386kW. The engine’s rotational force is 625Nm. And it has an 8-speed automatic transmission, which means there are plenty of gears for reaching very high cruising speeds. And a top speed of 250km/h. 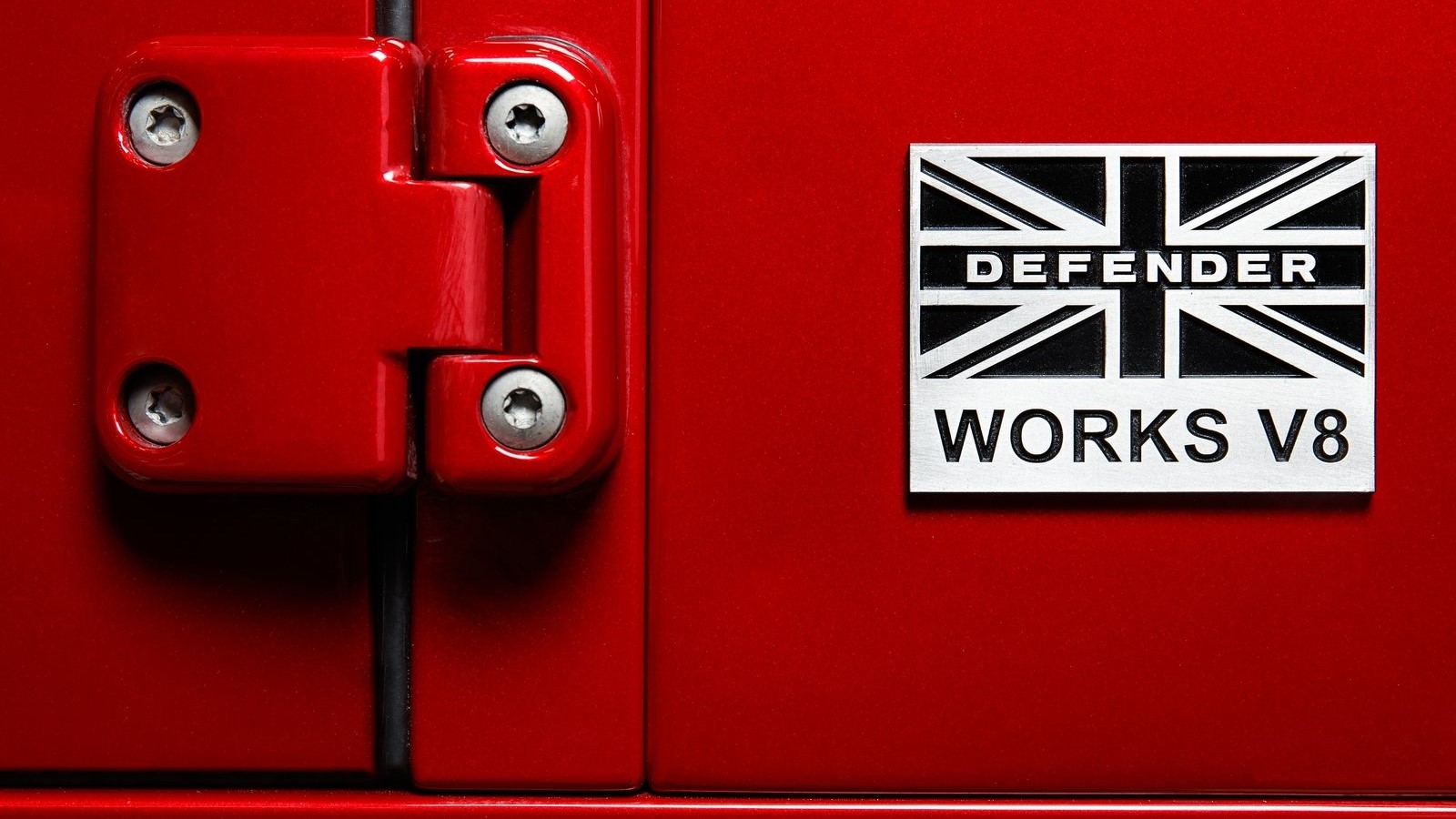 But does the Defender 90 V8 makes sense? We spend a week testing this most potent version of Land Rover’s most iconic vehicle. And the outcome was not quite as expected.

There’s no questioning the design merit of Defender 90 V8. With its blue brake callipers and 22-inch black alloy wheels, it has a tremendous road presence. When parked, this is an unquestionable statement car. But there’s no masking some of the issues.

The 90 V8’s discrepancies are contextualised by comparing this supercharged Defender to its turbodiesel siblings, with far less power but more sensible specification. Defender’s monocoque platform can handle a lot of power. One of the most popular Defender models is the D300. Its 3-litre turbodiesel engine makes 221kW and 650Nm of torque – 25 units more than the Defender 90 V8.

Select the optional air-suspension package on any Defender, and you get great ride quality and roll mitigation. These air-suspension assisted dynamics make Land Rover’s modern icon very confident in rounding corners and curves at speed. But the issue with Land Rover’s 90 V8, is just how much speed it can carry. 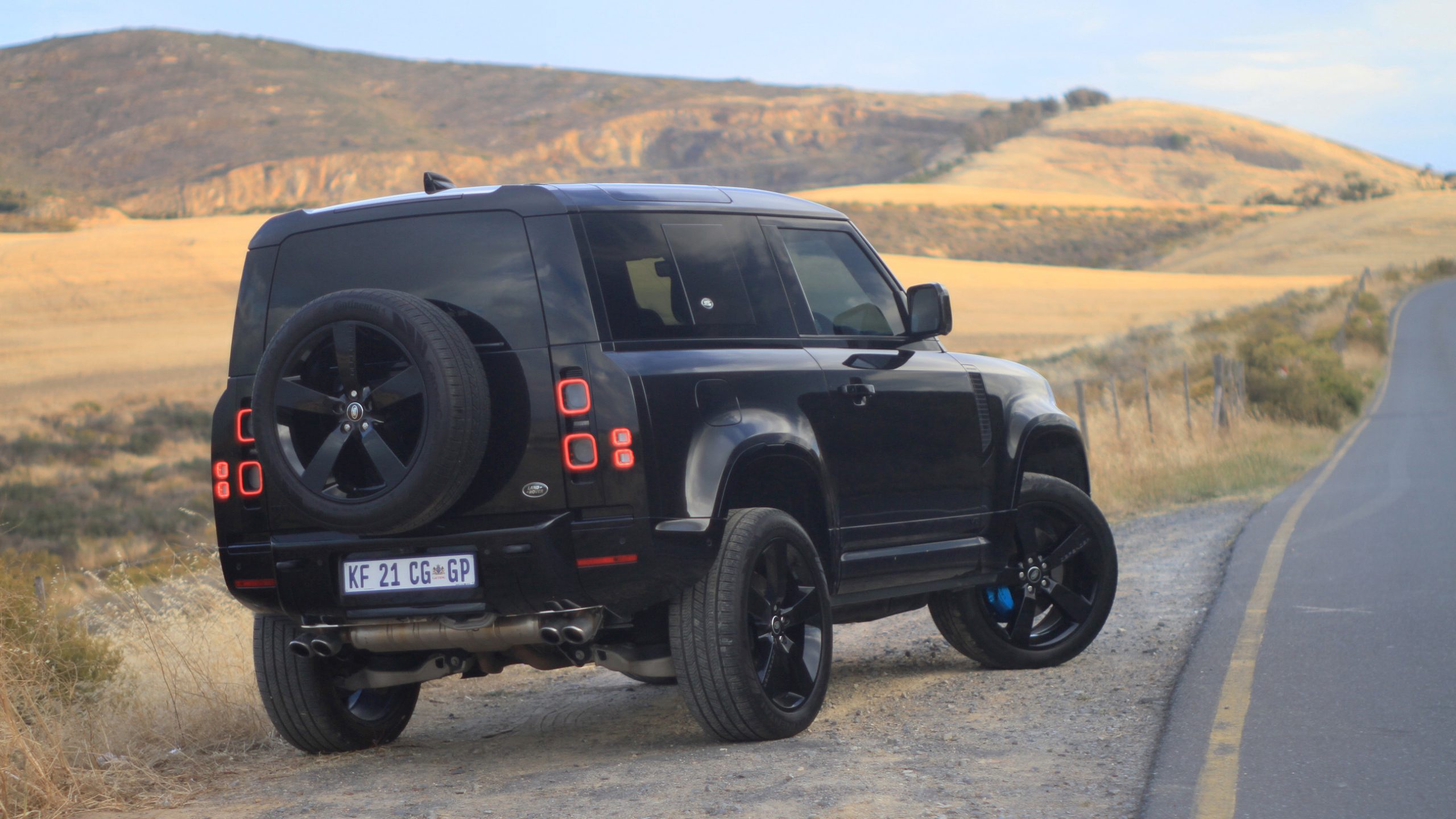 Just too fast for its size and weight

You can’t discipline physics. You can only adapt to the realities. And with any vehicle of the Defender 90 V8’s high stance, pitch and roll are problematic vehicle dynamics. They reveal dramatically when accelerating, decelerating and laterally loading the vehicle, at speed. And speed is something this most extreme Land Rover has in abundance.

The air-suspension system might compensate for many of those issues, but it can’t undo the inertia issue of a 2679kg vehicle, with a high centre of mass and 386kW of power delivery each time you stab the throttle. That means the Defender 90 V8, has some very snatchy throttle dynamics, which reduces its smoothness – exactly that driving characteristic which is such an attribute on less powerful, turbodiesel Defenders.

And then there’s the absolute compromise of a shortwheel base vehicle with huge power. Defender 90 V8, despite its low-range transfer case, lockable differentials and advanced traction control, isn’t an all-terrain vehicle. In theory, it should be an unrivalled sand and dune driving 4×4 with all that power, but it isn’t. Why? Because of its tyres. 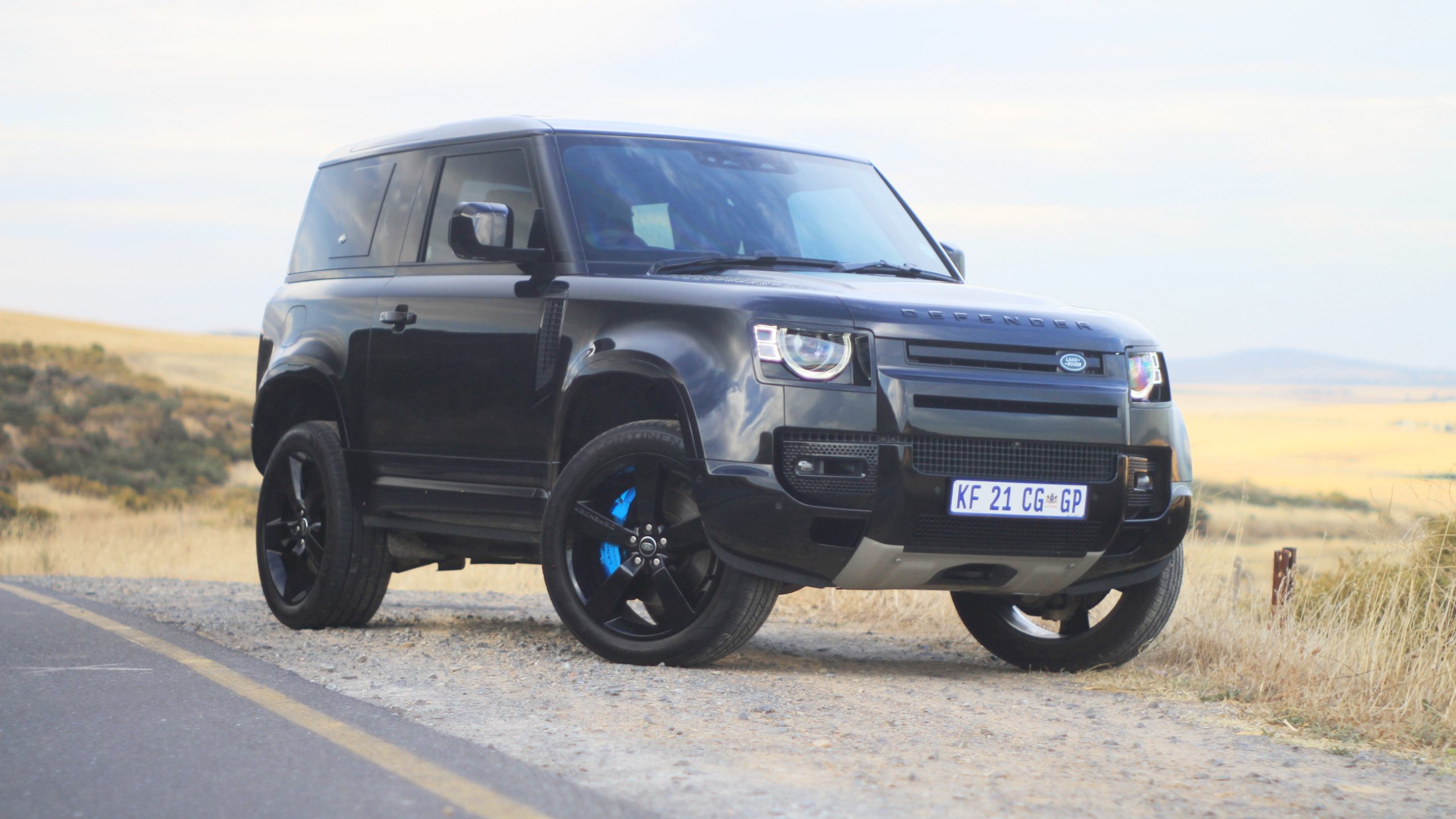 For Land Rover to safely homologate and market Defender 90 V8, with its 250km/h top speed, it rolls some very trick tyres with a ZR speed rating. They are sized 275/45 on 22-inch wheels and if you know your tyre dimensions, those numbers equate to a tyre with very little sidewall.

Less sidewall equals harsher ride quality and low floatation potential for sand driving. With smaller wheels and off-road specific tyres, Defender 90 V8 would be unstoppable in technical off-road terrain, but that would undo its high-performance driving potential on-road. Quandary? Quite.

And that’s the issue. Defender is an excellent all-terrain vehicle, with plush ride quality on-road and brilliant off-road traction. Evolving it into a shortwheel base hotrod with off-road driving ride height, is just too contradictory. You’d have a much better overall driving experience in any D300 specification Defender, than the 90 V8.

The most powerful Defender is madly expensive (R2 392 760), but any luxury SUV of similar specification and power, would be equally pricey. And pointless.

The original 70th Edition Works Defender V8 was a charming throwback. Limited in number and collectable for its sheer ridiculousness. But the modernised version is simply too much of a compromise. It’s too much engine and tyre for the Defender platform and simply not the best expression of Land Rover’s best vehicle range. 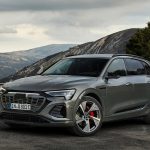