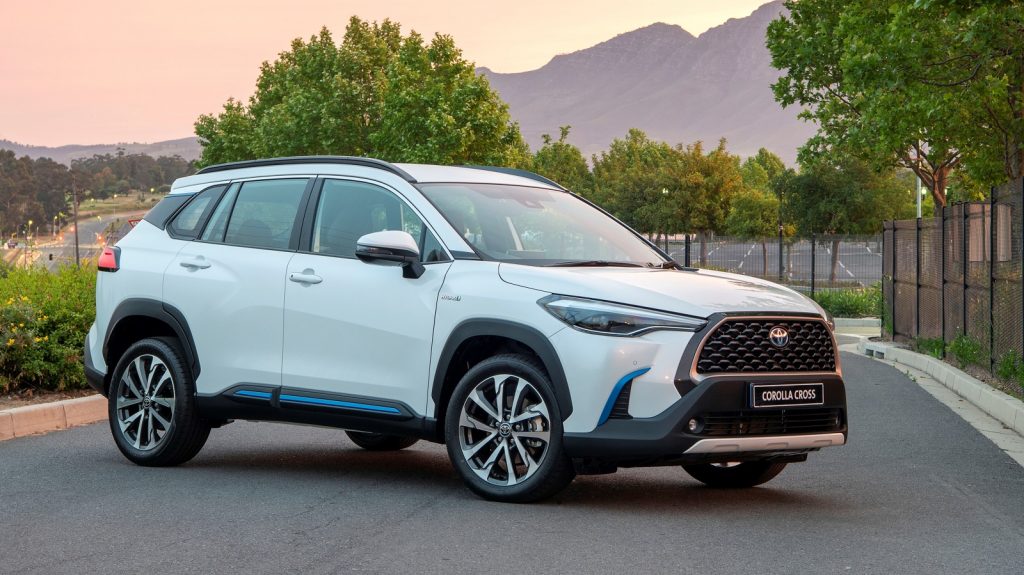 As the global car market transitions to hybridization and electric vehicles, South Africa has significant barriers to access, but the Corolla Cross hopes to solve that.

The inarguable fact is that charging infrastructure remains an issue for pure electric vehicles, although this appears to be improving. And even entry-level electric cars are terribly expensive. But as usual, Toyota has a solution.

Although Toyota’s product development is often perceived as conservative, its success hinges on placing precisely the right product for local buyers – at a reasonable price. Evaluate the success of Quantum, Hilux, Fortuner, and just about any other vehicle in Toyota’s local portfolio. It soon becomes clear the company’s South African product team knows what they are going.

And if you want to embrace hybridized powertrain motoring, there is not much to rival Toyota’s Corolla Cross. It combines the legacy of Corolla with a slightly raised ride height and the popular crossover body style. 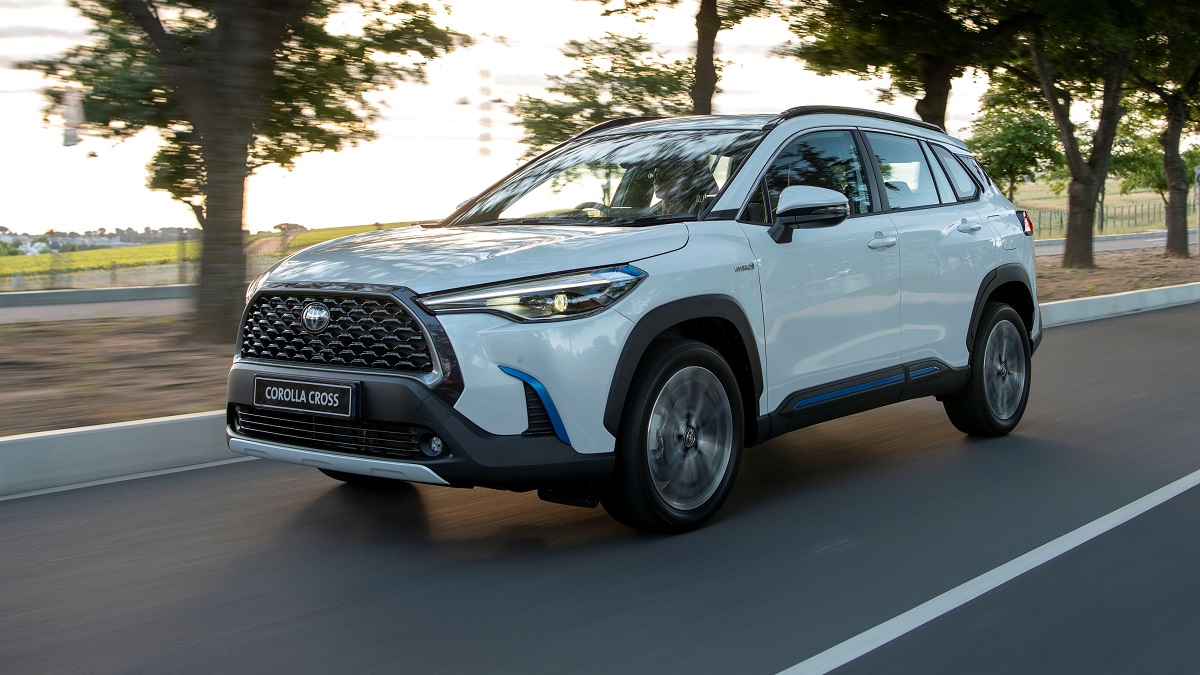 This could be the hybrid vehicle to change perceptions, in South Africa

Corolla Cross has been a terrific success for Toyota in the local market. It sells in significant numbers. Making it by far the most popular hybrid vehicle in South African automotive history.

This success is not surprising, when you consider that Toyota has sold hybrid vehicles in South Africa for a long time, with the Prius range. And some battery-assisted Yaris variants.

Being locally built at the company’s Durban assembly plant benefits part supply stability. This often afflicts hybrid and electric vehicles that are imported and suffer cost escalation due to tariff structures. Purchase prices and parts costs on imported electric and hybrid vehicles, can be very dear.

Car design is in an aesthetically unhappy period. Too much styling is being applied to create product differentiation instead of considered design. The result has been a flood of crossover vehicles with horrid front-end designs, featuring oversized grilles and too much chrome garnish.

Toyota has avoided garish design with its budget hybrid. The Corolla Cross isn’t too daring or staid regarding design. 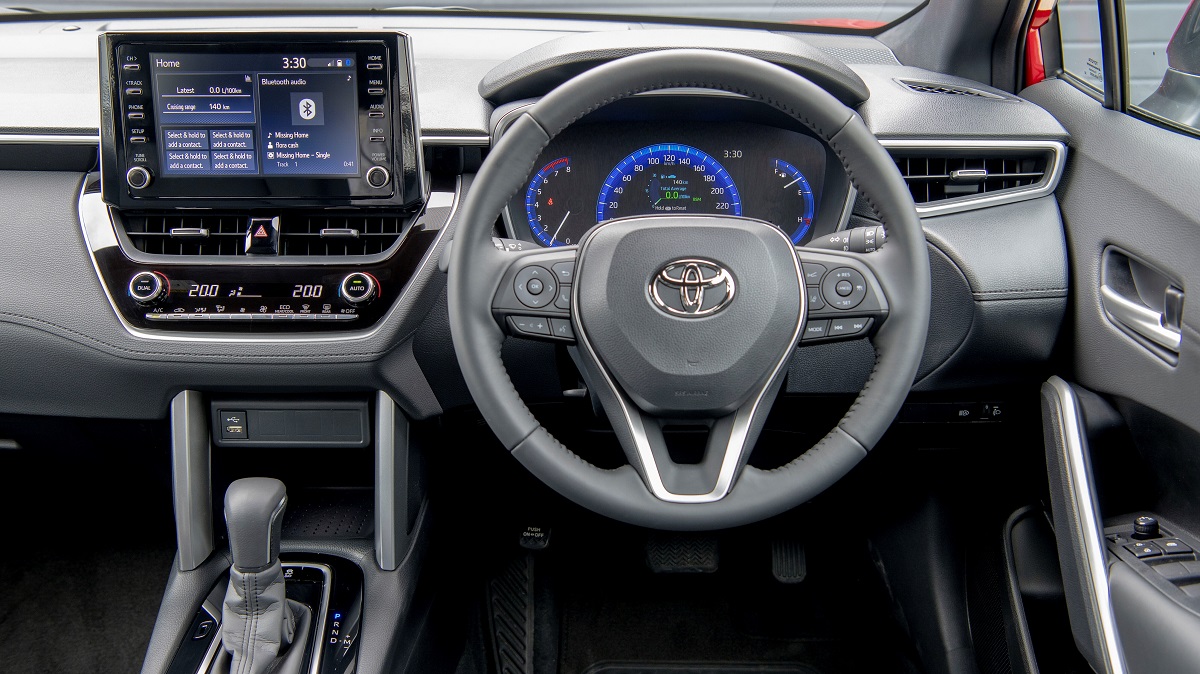 Corolla Cross loses some loading practicality – with the hybrid system

Inside, you get an eight-inch touchscreen infotainment system with Apple CarPlay and Android Auto. Cabin architecture and materials are of a quality that one would expect from Toyota.

We experienced no creaks emanating from within the cabin, even when rolling along on corrugated gravel roads. The only annoyance is a foot-operated parking brake and slightly underpowered downlights in the centre console. 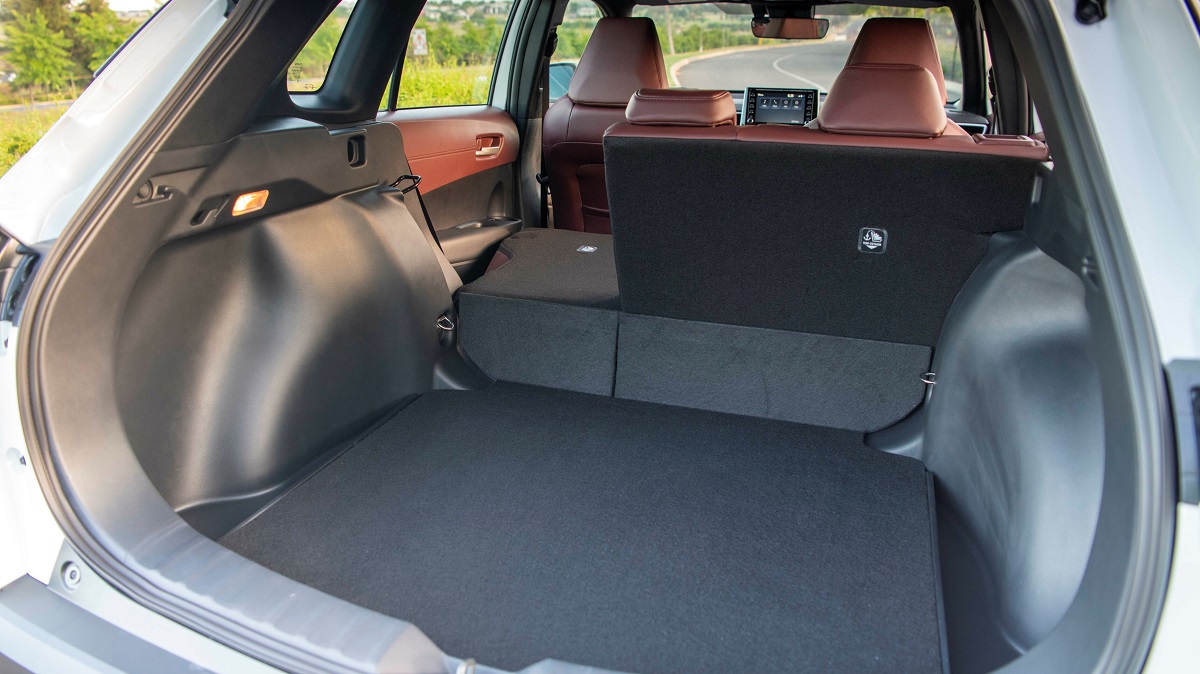 It can run silent – on just the batteries, for very short distances

The hybrid system can default to pure electric drive at very low speeds, if you are edging along in crawl-speed traffic – where a petrol or diesel engine is at its most inefficient.

The Corolla Cross averaged 6.1l/100km during our one-week test cycle. That is way beyond Toyota’s official claim of 4.3l/100km, but all told, still a remarkably efficient consumption figure. As fuel touches record prices, the appeal of a Toyota family car with hybrid drive and the ability to consistently return around 6l/100km is inarguable.

Hedging that Toyota reputation for durability and quality

Many South African vehicle buyers remain distrustful of alternative powertrain technology. The concern is that servicing or repair costs could spiral out of control if things go wrong. Or that the parts support will be poor.

With Toyota and its robust network of dealers throughout South Africa, the Corolla Cross offers all the vaunted hybrid engine benefits of low fuel consumption with proven brand support. Corolla Cross doesn’t have an outrageously complicated hybrid system with exotic battery chemistries and drive linkages. And that makes it a low-risk medium to long-term ownership proposition.

Priced from R413 000 to R448 300, the Corolla Cross range is South Africa’s most affordable hybrid vehicle. And included in its purchase price is access to the country’s most esteemed and widely distributed dealer network – something of a value that isn’t easy to quantify in an excel spreadsheet. 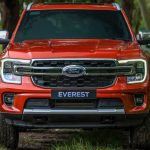