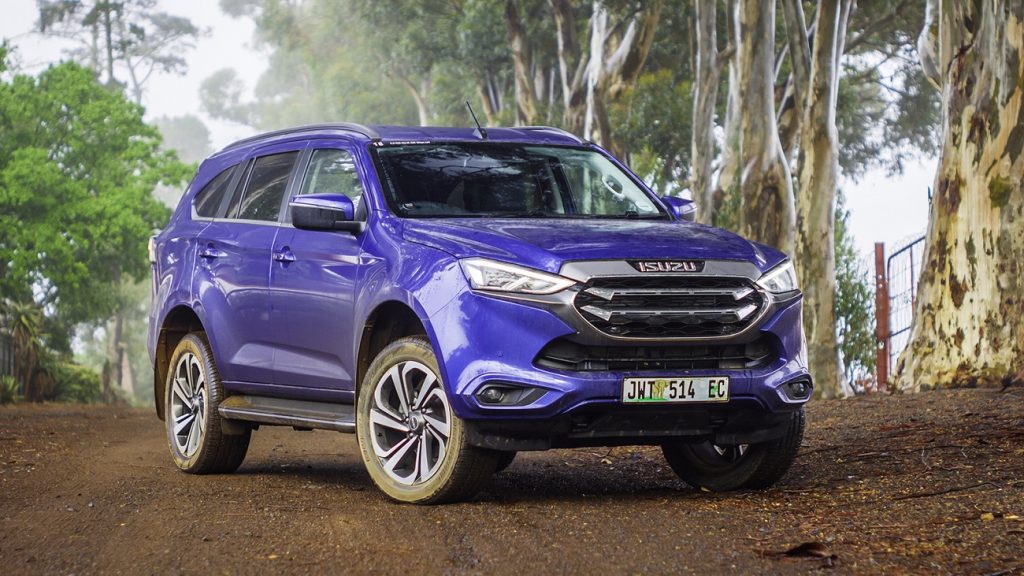 Isuzu started the market for rugged seven-seater SUVs. A detail that has been lost in time, because of Toyota’s enormous success with Fortuner.

In South Africa, the Fortuner has changed middle-class family motoring. With seven seats and the ability to roll across any terrain, it has become the default family vehicle.

But Isuzu was first. In the late 1990s, it marketed the Frontier. An SUV version of the KB double-cab bakkie platform. A brilliant vehicle, but regrettably too far ahead of the trend. Years later, in 2006, Toyota would debut the Fortuner. Seizing a market segment started and vacated by Isuzu.

The second-generation MU-X hopes to conquer a bit more of the burgeoning seven-seater SUV market. It is built on the latest Isuzu D-Max platform and promises much. 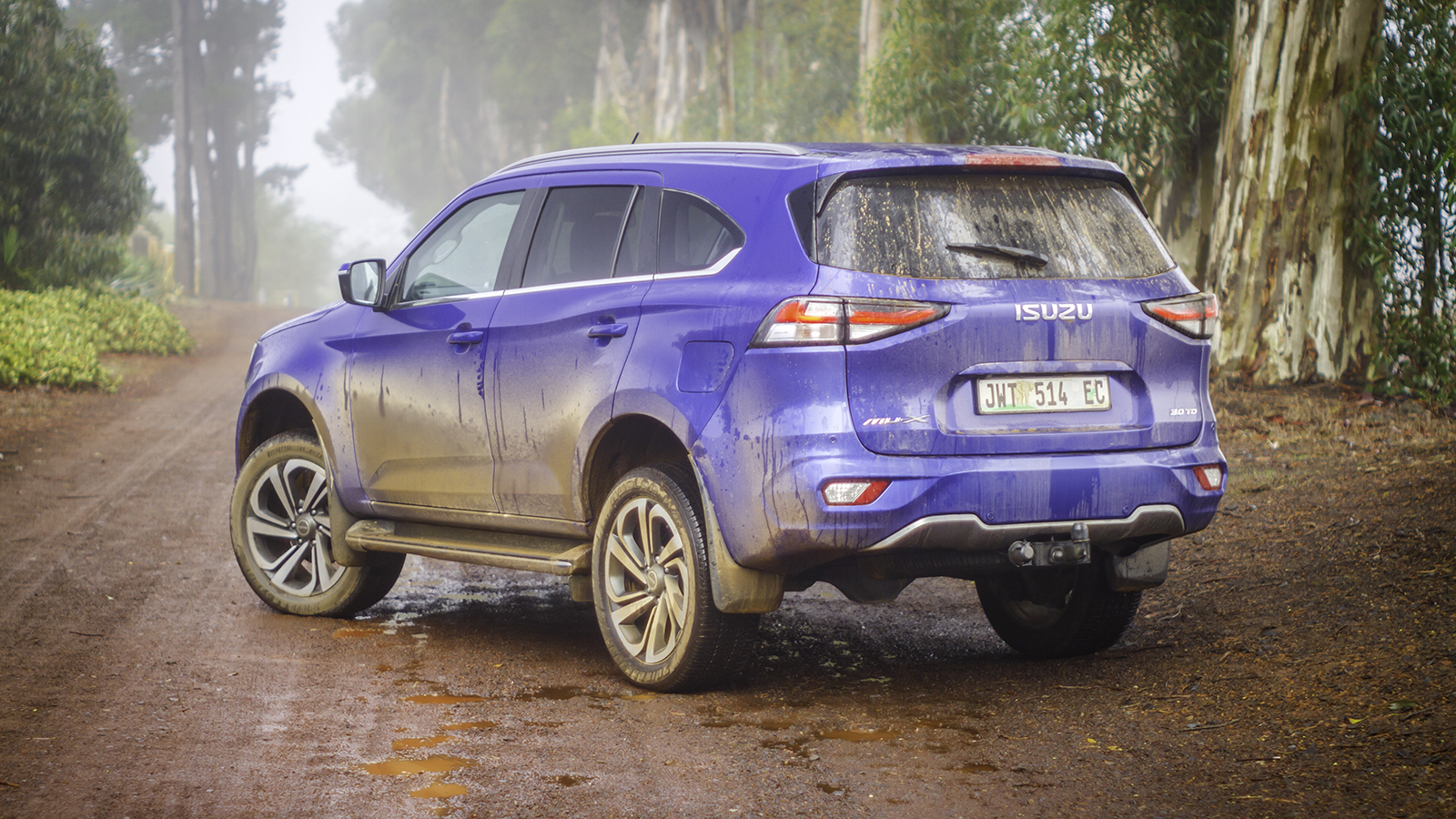 Design is entirely subjective, but the latest MU-X has a purposeful appearance without being too derivative in its detailing. Inside, there’s been a significant cabin redesign too.

Owners of rugged SUVs dislike having all infotainment and HVAC functions clustered into a touchscreen interface. Isuzu’s product specialists keep true to customers’ expectations, combining a balance of touchscreen functions and physical buttons, with the MU-X interface.

There’s a lot to like about the MU-X. It looks distinctive. And Isuzu has an untarnished legacy and brand association in South Africa. Owning an Isuzu vehicle doesn’t come with the same theft risk that often afflicts more popular brands. 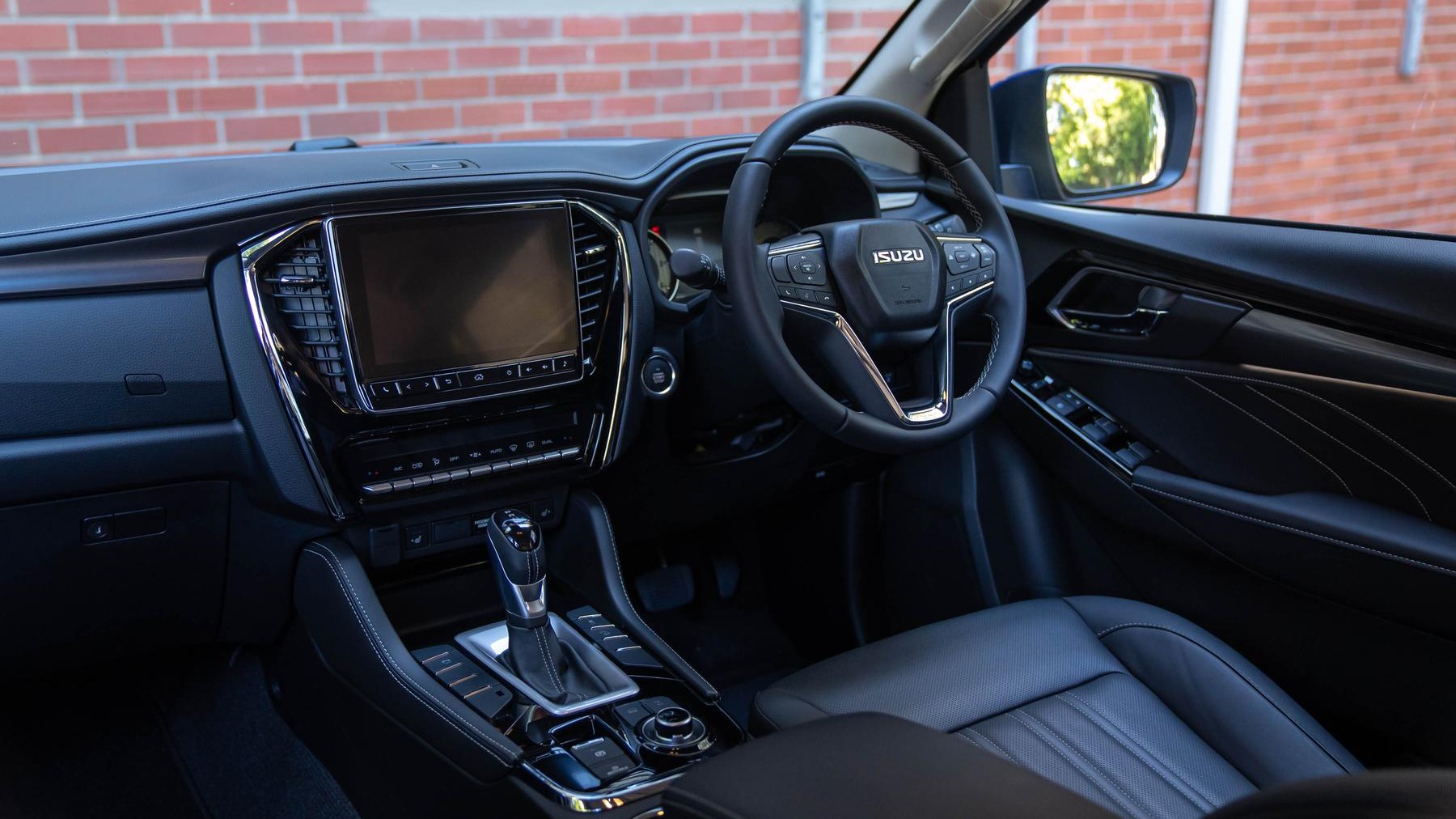 There’s much to like about the MU-X’s cabin architecture. It is a given reality that most seven-seater SUVs, rarely seat passengers in the third row. These seats are primarily used as a load surface, being folded flat.

Isuzu’s product people have been aware that seatbacks, as a load surface, can easily be damaged and show premature wear.

With MU-X, there’s a very clever protective flap that you can pull into place, in addition to the standard non-slip loadspace floor cover. This covers the seatbacks, and prevents damage when loading boxes or mountain bikes into the back. 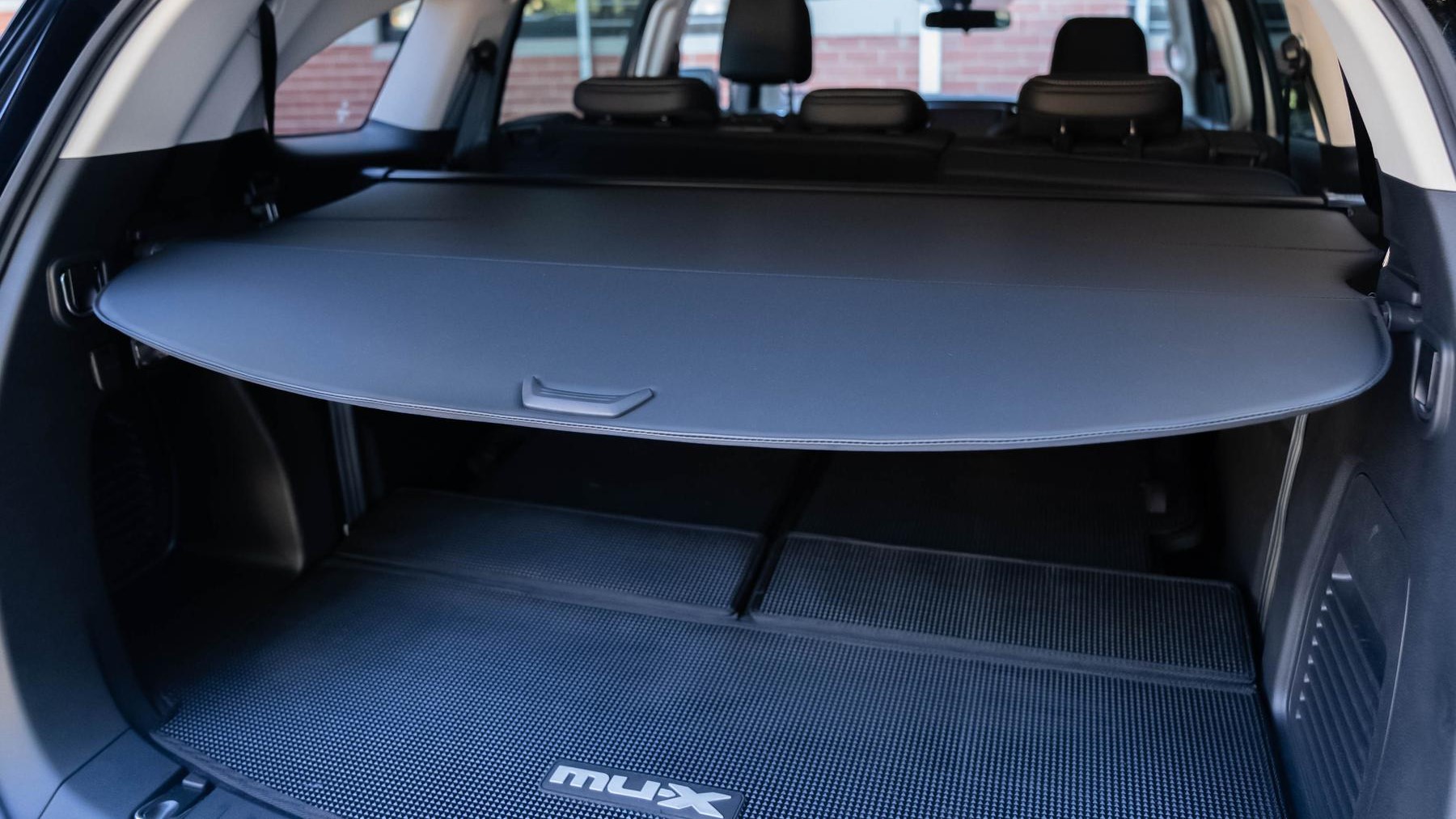 MU-X has less power than its competitors

Scrutinise the engine output graphs, and it is evident, that the MU-X doesn’t have the power to match Toyota’s Fortuner 2.8 or Ford’s Everest 2-litre Bi-turbo. The Isuzu 3-litre engine boosts 140kW and 450Nm.

That’s 10kW less than Toyota’s Fortuner and 17kW down on a Ford Everest’s 2-litre engine. But do those discrepancies make a significant driving difference? Not at low-speeds. The MUX’s 450Nm of torque and an alert gearbox, ensure that it never feels ungainly driving around an urban environment.

The issue is at cruising speeds. Or when this seven-seater SUV is loaded. With the MU-X, Fortuner and Everest all weighing much the same, the Isuzu’s less potent engine, is notable.

Overtaking trucks or slower traffic at highway speeds, especially on long inclines, the MUX’s feels less responsive than a Fortuner 2.8 or Everest 2-litre bi-turbo. The same logic applies to sand driving, where power is more valuable than torque. 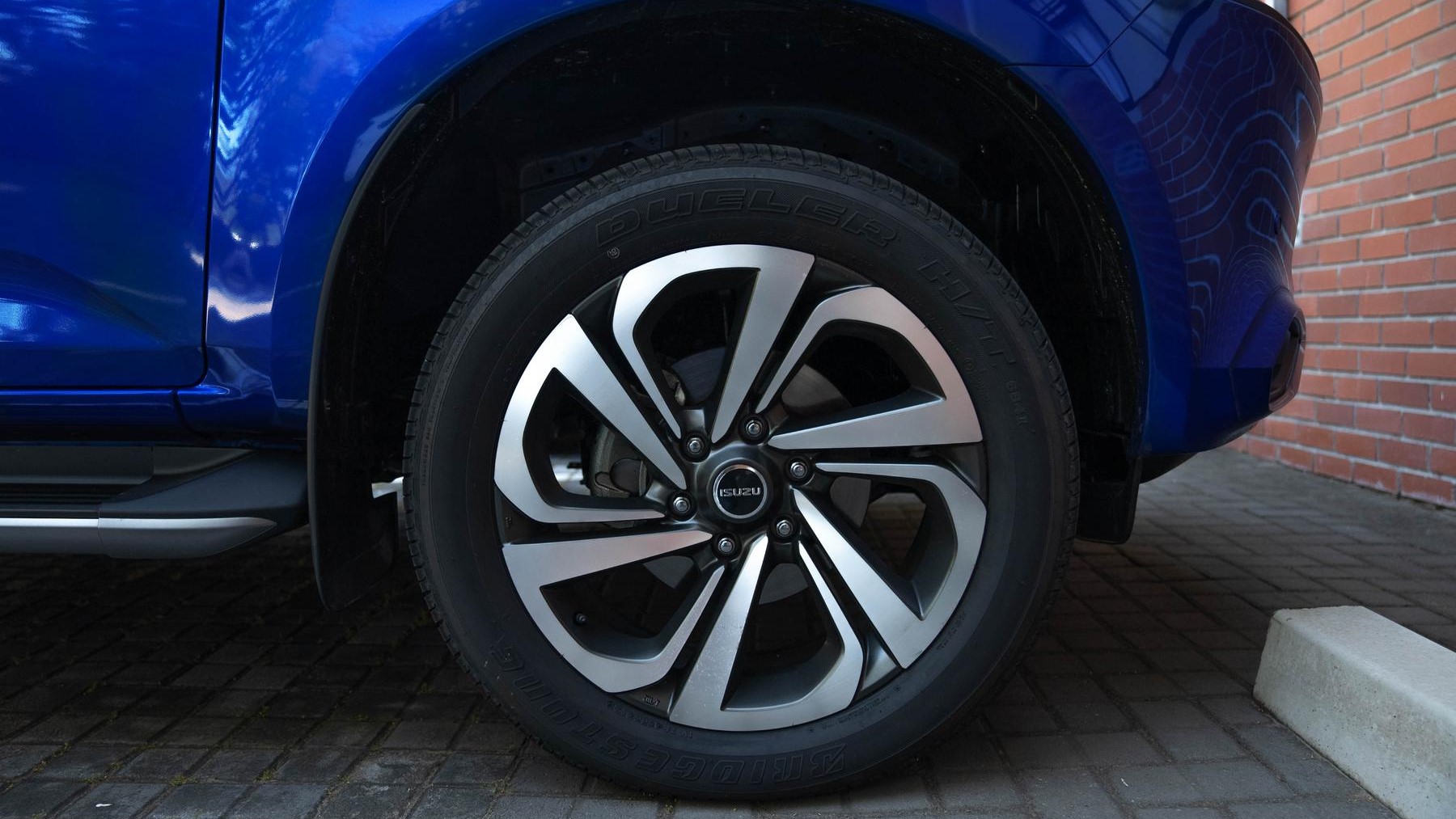 Smooth ride – even with big wheels

Then there’s the ride quality. Despite our test vehicle rolling on the largest 19-inch alloy wheel choice, rolling 265/50 tyres, the primary and secondary ride comfort, was excellent across various road surfaces.

Isuzu’s have always defended their reputation for confident dirt road ride quality and tracking stability. On even the worst of corrugations, Isuzu double-cab bakkies keep composure. The MU-X is true to its brand lineage and is terrifically composed, rolling on a diverse quality of road surfaces.

With MU-X, Isuzu introduced a comprehensive suite of driver assistance systems. Most of these work exceptionally well.

But there is an issue with the reality of South Africa’s driving environment, pedestrians, and Isuzu’s active steering system. The MU-X’s active steering interventions are too assertive and not easy to disable. Especially when they are working with the lane keep assist.

Roadside strolling pedestrians are a reality of South African traffic. And the MU-X’s pedestrian avoidance technology clashes with the parameters of Isuzu’s lane keep assist and active steering. It requires a very hefty secondary steering input to correct, when edging close to a solid lane marking. 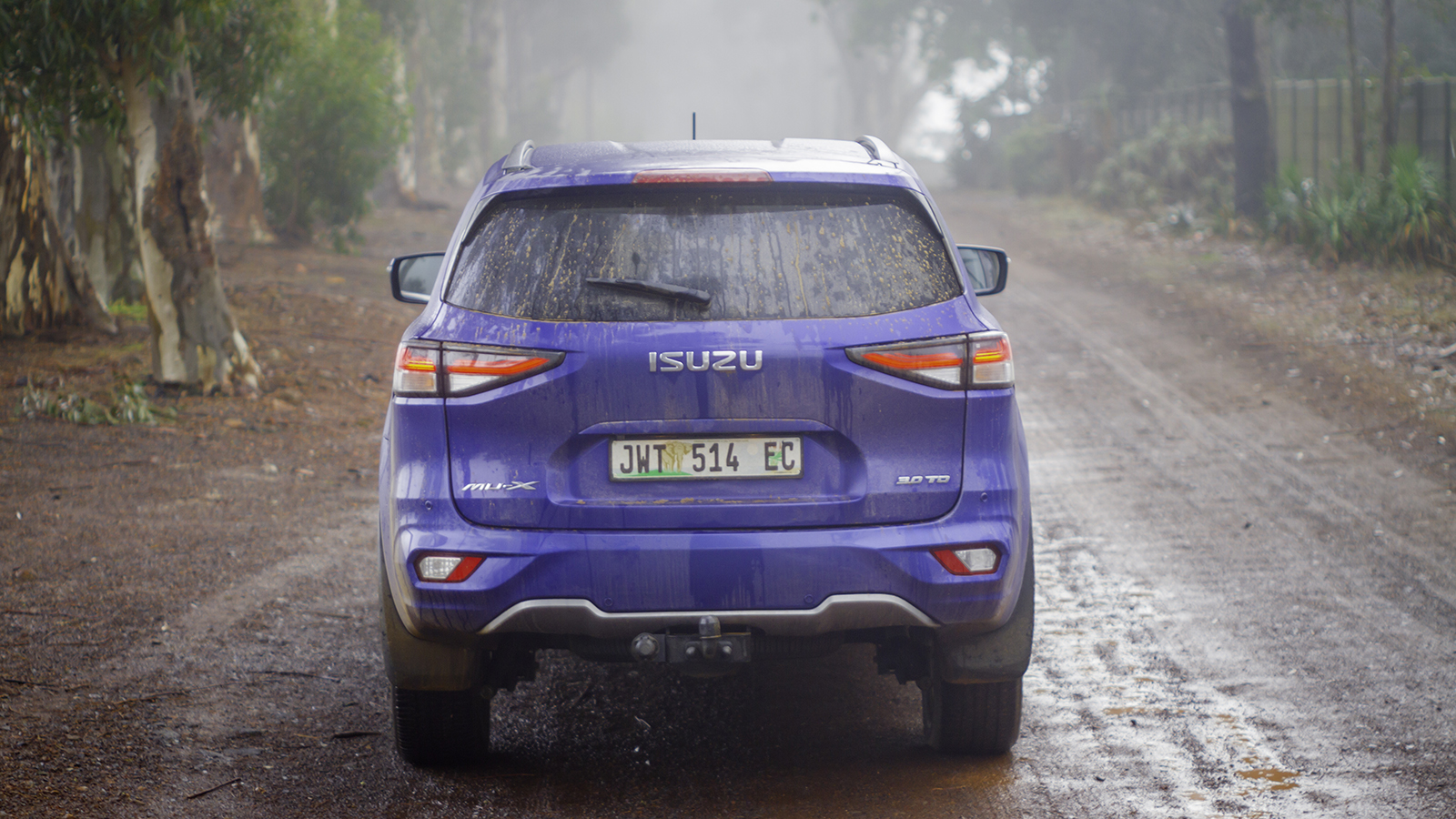 In theory, the active steering and lane departure avoidance system is useful. But South Africa’s unique traffic situation makes it much of a hindrance in many scenarios.

Try as I might, it’s not easy to disable, unlike many of Isuzu’s rivals, where a simple one-touch steering wheel button cancels the function.

For those who wish to invest in a seven-seater all-terrain rugged SUV, with lower theft risk than the market leader, MU-X’s lack of ultimate overtaking performance might be a fair compromise. 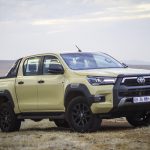