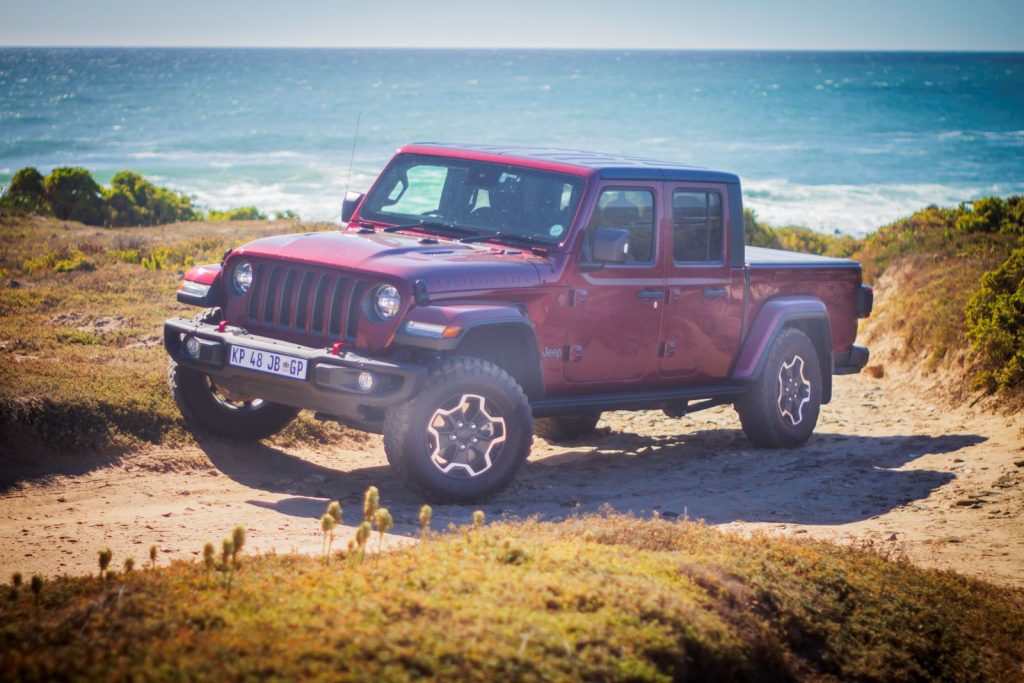 Jeep Gladiator is a double-cab unlike any other. But does it work in the South African bakkie context?

For most double-cab 4×4 enthusiasts, any ‘best-of-the-best’ discussion is binary. You are either team Defender or Land Cruiser.

For decades the Land Rover Defender 110 and 130 double-cabs, were regarded as the ultimate 4×4 bakkies. But that was before Toyota reintroduced Land Cruiser 79 Series double-cab to South Africa in 2013. This was ironically done in the sunset period of Land Rover’s original Defender, which ceased production in January of 2016. 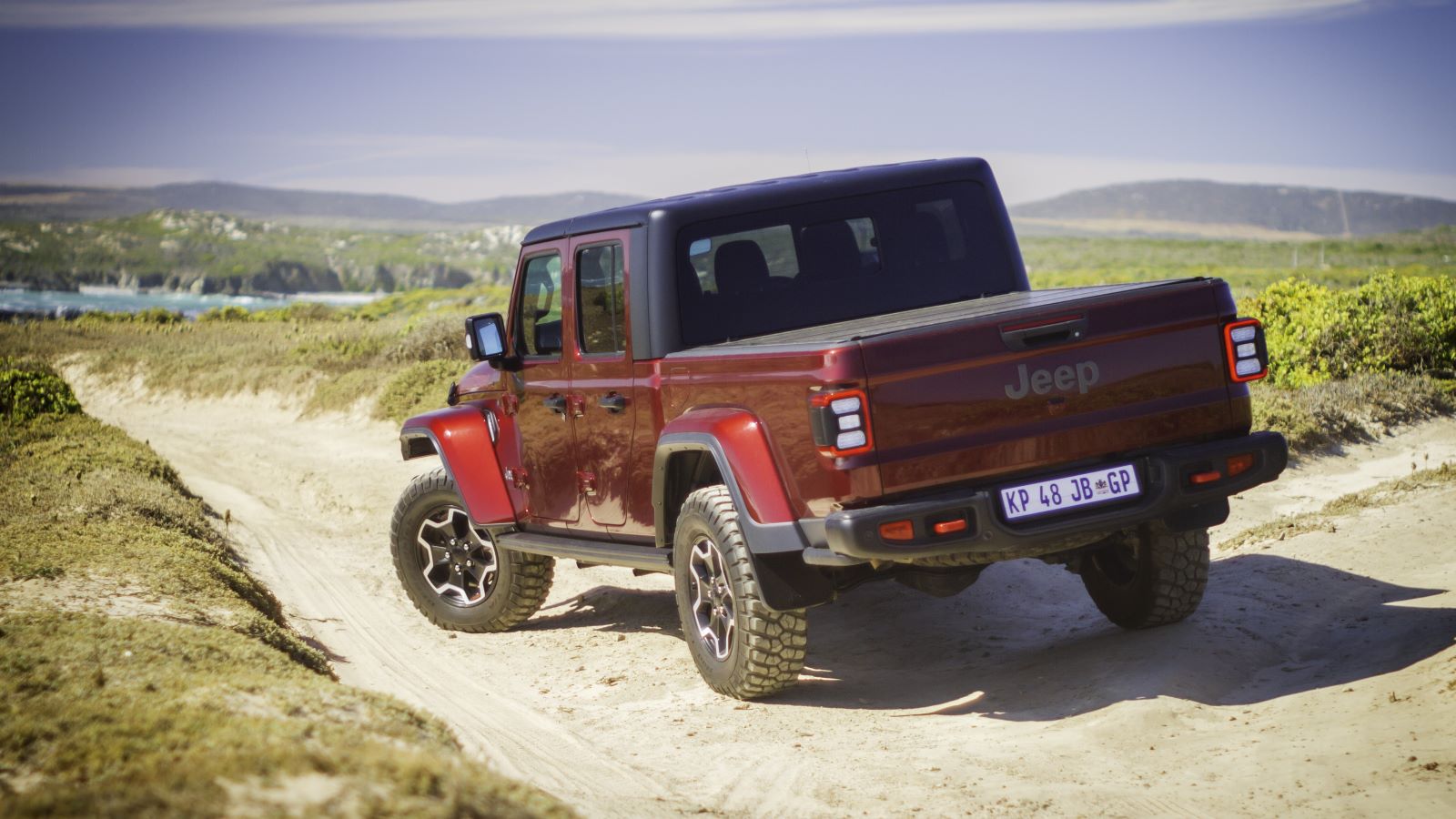 Is this peak bakkie?

For the last few years, there was no question that Land Cruiser 79 was South Africa’s most rugged double-cab bakkie, until the introduction of Ford Ranger Raptor. And now, the debate has shifted terms of reference again. With the Jeep’s Gladiator.

South Africans pine for the huge American style double-cabs. But those brash and bold American double-cab bakkies are too large for most technical off-road trails. And they’re often not that great at true 4×4 driving. 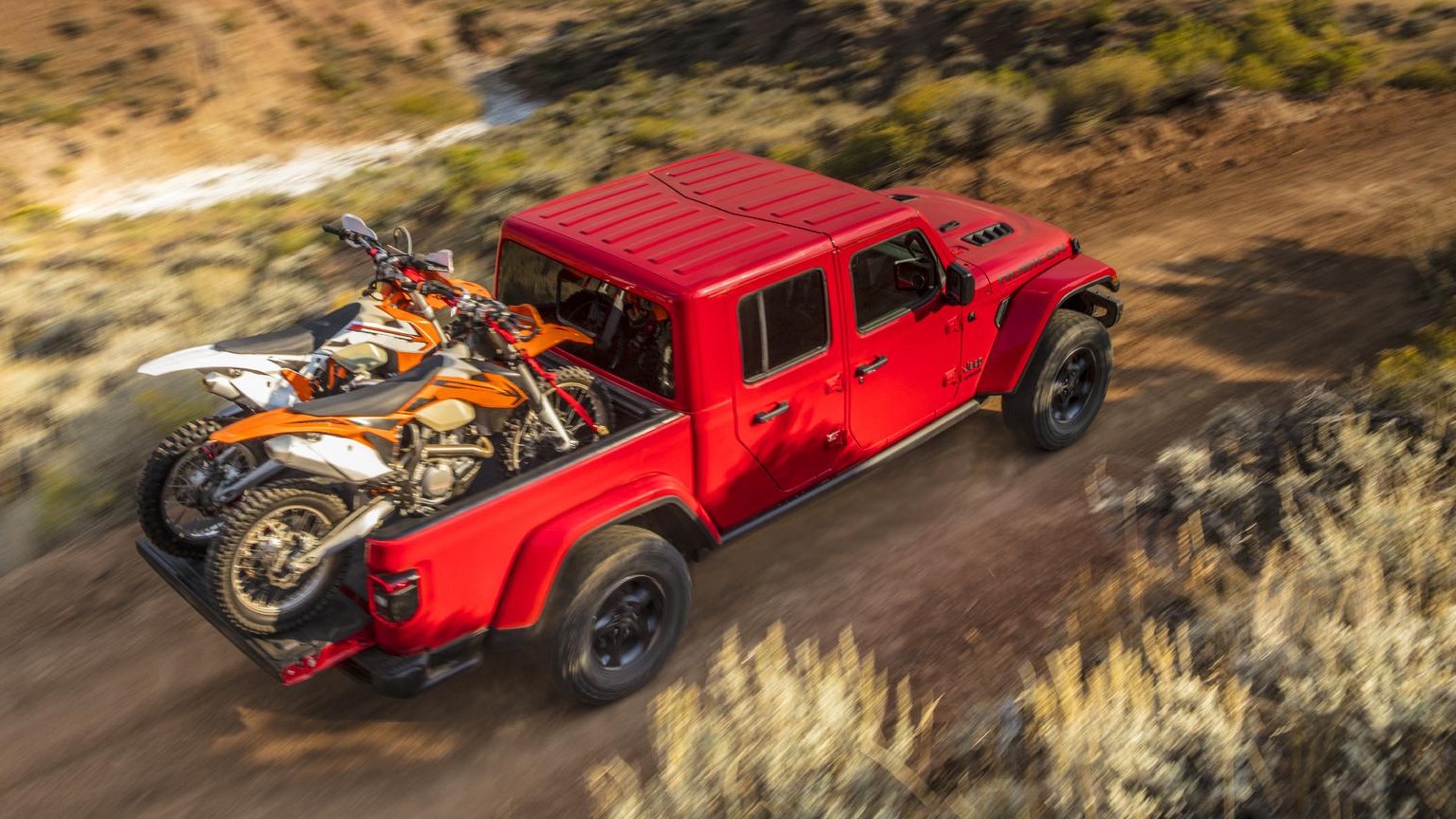 The Wrangler you’ve always dreamed of

Jeep’s Gladiator is an exception. Although it is a very long bakkie, by local standards, it’s evolved from the familiar Wrangler platform, Jeep’s most proven global vehicle. And one that has been on sale in South Africa for two decades.

With Gladiator, you get all the styling drama and presence of a true American bakkie, without the ridiculous size and parking anxiety. But what is this double-cab like to live with?

Configured with dedicated off-road tyres, long-travel suspension, three lockable differentials and crawl ratio gears, the Gladiator isn’t really ideal as a city vehicle. It copes, but the tyre and wind noise are real issues. And you need to keep tension on the helm at all times, as it can wander a bit, showing curiosity for adjacent lane markings. 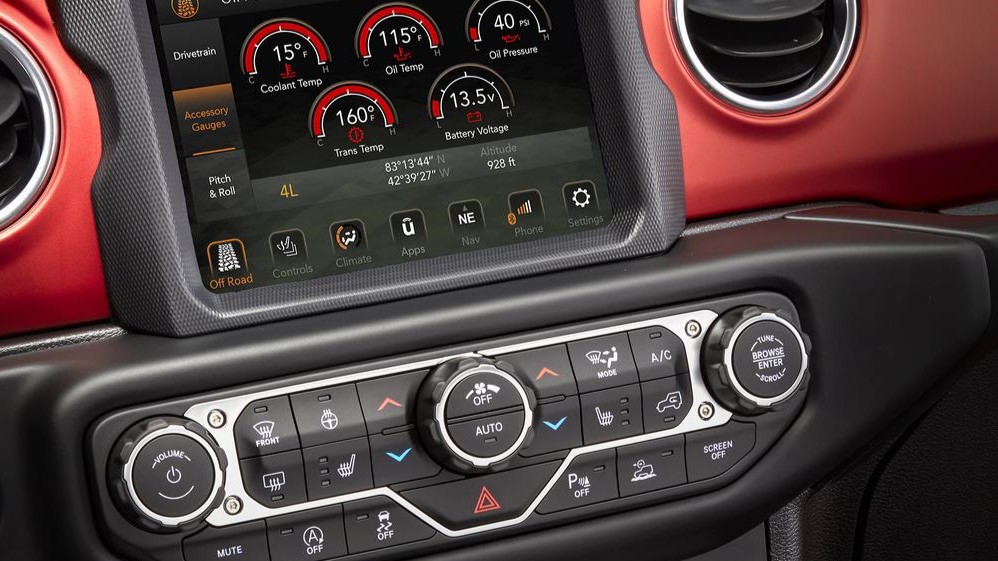 Jeep Gladiator is new- and old-school inside

The cabin architecture is charmingly aged. Lots of rugged buttons, tabs and dials, instead of an overreliance on touchscreen interfacing. That said, you get some decent infotainment digitisation with Jeep’s 8.4-inch touchscreen centre screen.

Overall, this double-cab bakkie is true to its Jeep Wrangler heritage and use case as an exploration vehicle. All the controls are heavier than you’d encounter is most contemporary leisure double-cab bakkies.

Gladiator’s driving position betrays its hardcore 4×4 hardware and packaging. You have a cramped footwell. The offset driving position will be unusual for those unfamiliar with vehicles such as the original Land Rover Defender and Land Crusier 70 Series. Not to mention the heavy controls, but paradoxically vague steering. 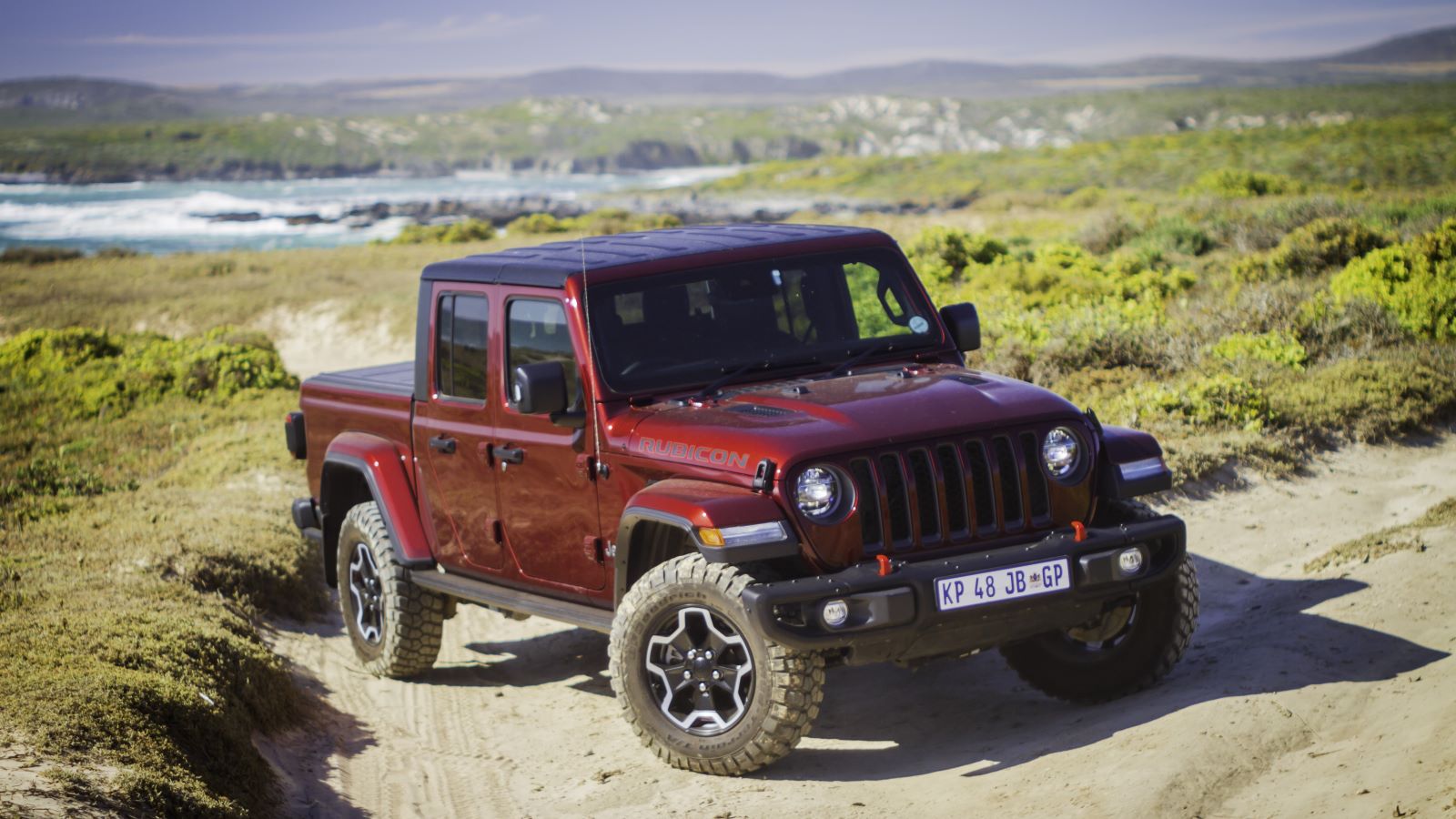 You need to ‘drive’ this bakkie. Rolling huge 35-inch BF Goodrich tyres, with enormous tread blocks, the Gladiator can generate a lot of secondary steering dynamics depending on road texture and cruising speed.

It also likes to occasionally tramline over poorly surfaced tar roads. But if you keep tension on the helm, it’s a more relaxing and stable drive than any Land Cruiser double-cab bakkie, although not as refined or stable as Ford’s Ranger Raptor.

Rolling Dana 44 axles, with three differential locks and 249mm of ground clearance, the Gladiator is hugely accomplished off-road. Even novice drivers can confidently place and roll it over intimidatingly technical off-road obstacles. Jeep’s been clever with tech integration, too, including some off-road driving graphics and display modes, within the sub-menus of that infotainmemnt system. 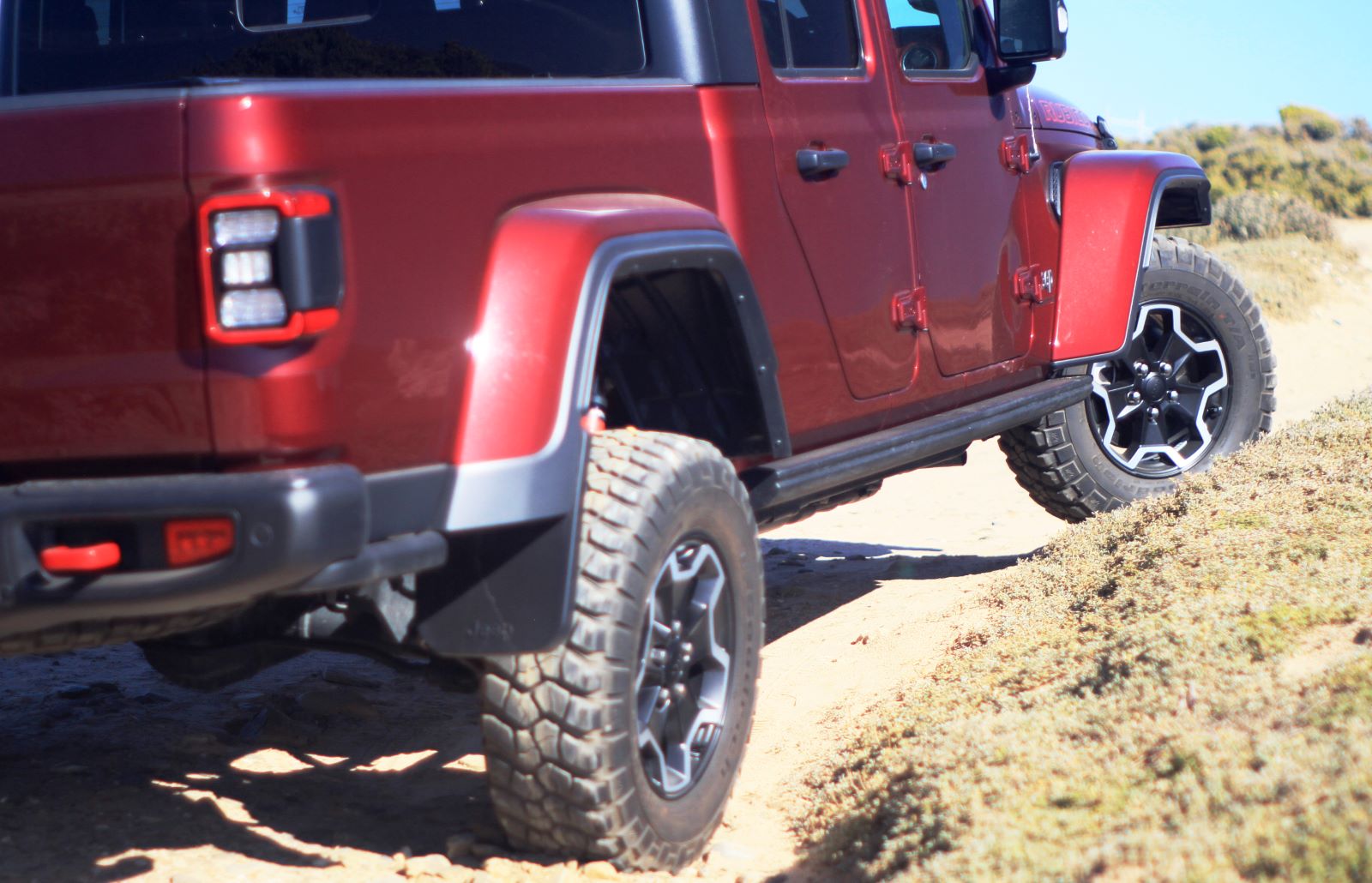 Jeep Gladiator is one thirsty bakkie

What are the Jeep double-cab bakkie’s debits? I think the linear performance and overtaking urge of that V6 petrol engine are a treat. But it is much heavier on fuel than a turbodiesel engine with more torque. And that limits the Jeep’s range for owners who want to use it as an overlanding vehicle.

We averaged 15l/100km during testing. And that’s about 5l/100km more than you’ll record with a similarly sized turbodiesel double-cab bakkie. Want to travel to an isolated off-road destination with Gladiator? You’ll have to carry a jerry can of fuel with you, which isn’t an issue, considering the capacious loadbox.

The sheer size can make it an intimidating vehicle to place and park, in congested urban environments. But again, that size gives it the generously spaced loadbox, which can accommodate all your outdoor gear, for a weekend away. And the reversing camera does assist in reducing rearward parking anxiety. 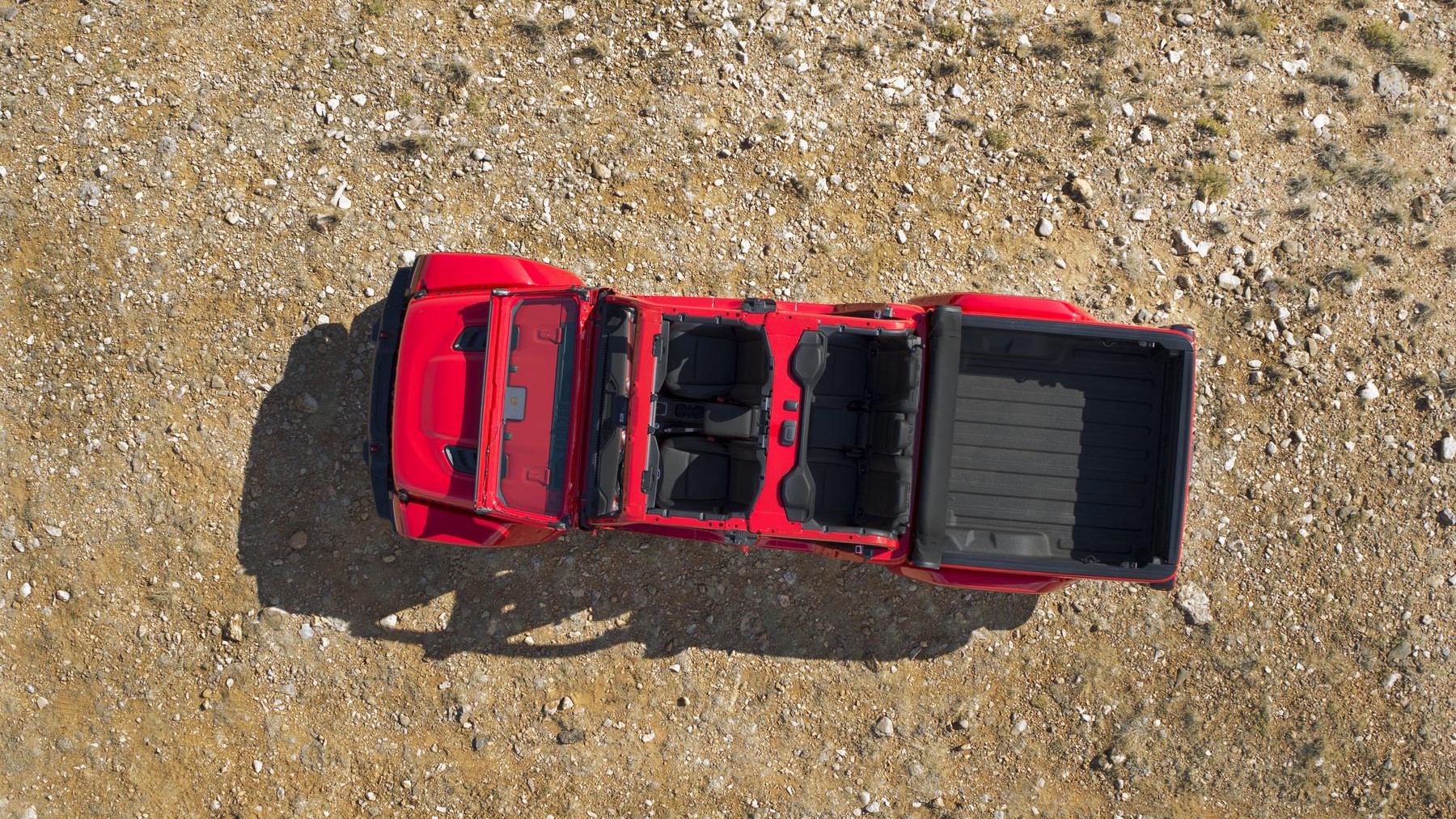 The open roof mode is a bit OTT

I think the removable roof panels are a gimmick. On the short wheelbase Wrangler Rubicon, there is a style statement to be made, cruising the Cape Town seaboard with those roof panels removed. But the same context doesn’t apply to a double-cab bakkie. The wind buffeting is severe at cruising speeds, you get sunburnt, and there’s always petty theft exposure when stopped at a traffic light.

As a design, Jeep’s Gladiator has terrific presence. More so than any of its rivals. The balance of extremee off-road ability and daily driving comfort, is also entirely reasonable. Truth be told, it is easier to live with as a daily driver and long-distance tourer, than Land Cruiser 79, while being more capable off-road, too.

Jeep’s Gladiator occupies a peculiar market niche. Ford’s new Ranger Raptor is pending and will surely be more capable than off-road, while being much faster and more refined on-road. With a much comfier cabin.

Gladiator’s offering is that iconic Jeep design and a charming rarity. And it will remain much rarer than Ford’s Ranger Raptor. If you value individuality when spending more than R1m on a double-cab bakkie, that is something to consider. 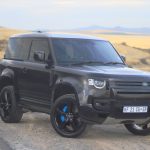