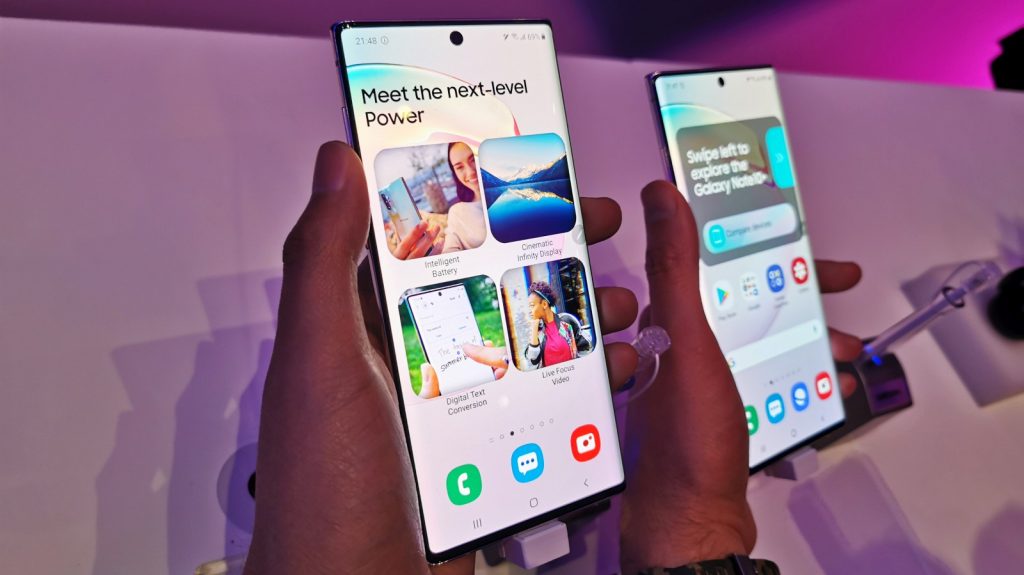 In a sneak announcement, Samsung this week announced its new Exynos 990 system-on-chip (SoC), the piece of silicon that will power some of its most expensive smartphones, like the Samsung Galaxy S11, in 2020.

The chipset replaces the outgoing Exynos 9820 and 9825, the SoCs powering the Galaxy S10 and Note 10 series, respectively.

While no details of the S11 exists just yet — hell, we don’t even know if Samsung will launch another Galaxy S device — we can theorise the phone’s possible features by examining the Exynos 990’s specifications and limitations.

To that extent, we’ve identified seven key differences and advancements in the 990 compared to the 9825, and therefore the possible features of the Samsung Galaxy S11 in the process.

The Exynos 990 supports 10-nanometre LPDDR5 instead of LPDDR4X used on the Exynos 9820.

This means the Samsung Galaxy S11 should have RAM around 1.3 times faster than the Galaxy S10. In terms of real world numbers, that’s a transfer speed of 5.5Gb/s compared to 4.2Gb/s.

“The new chip also uses up to 30% less power than its predecessor by integrating a new circuit design with enhanced clocking, training and low-power feature that ensures stable performance even when operating at a blazingly fast speed,” Samsung added in a July press release.

The company’s currently manufacturing both 6GB and 12GB chips, so expect to see the Samsung Galaxy S11 with up to 4GB more RAM than the S10 series.

The neural processing unit, or NPU, is designed to crunch information given to Bixby and other AI functions on Samsung’s devices.

While the chip fitted to the Exynos 9820 is said to stretch “the limit of mobile intelligence” by Samsung itself, the new NPU on the 990 boasts nearly 10 times the processing power (at least in terms of theoretical operations per second, or TOPs).

Why’s this important? Well, for one, it means that Bixby should be able to respond to requests more quickly and efficiently, and could actually make the voice assistant useful.

But for photographers, Samsung believes it’ll make the AI identification features in its smartphone modes that much better. 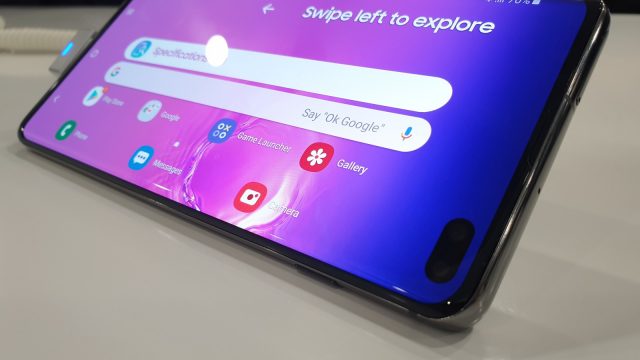 Image: The Samsung Galaxy S10 Plus, with the Exynos 9820 chipset

The S10, S10 Plus and the Note 10 feature three rear cameras, powered by two 12MP sensors and a single 16M for ultrawides. The Note 10 Plus adds a time-of-flight sensor for depth capture.

The Exynos 990’s image signal processor (ISP) will allow the Samsung Galaxy S11 to use image sensors as large as 108MP.

Samsung has actually launched a 108MP camera sensor earlier this year, but it’s not clear if it ever intends to use it on its flagship phones. It could, however, make its debut on some Galaxy A models though.

The 990’s ISP can also process information from up to three sensors simultaneously, and can support up to six sensors in total. This gives the Samsung Galaxy S11, and possibly the next Galaxy Fold, a slew of possible camera layouts.

The chip’s theoretically possible of 5.1Gbps download speeds in select 5G bands, or 3Gbps in some 4G bands.

“It supports virtually all networks, from 5G’s sub-6GHz and mmWave spectrums to 2G GSM/CDMA, 3G WCDMA, TD-SCDMA, HSPA and 4G LTE, with outstanding downlink speed across the board,” the company added in a jargon-rich sentence.

It’s an interesting move, considering that Qualcomm with its Snapdragon 855 built its 5G modem into the chip. But it does give Samsung more flexibility in terms of configurations.

It can also segment the Samsung Galaxy S11 range further, by offering a “5G” or more premium variant, much like it has done with the S10 series. 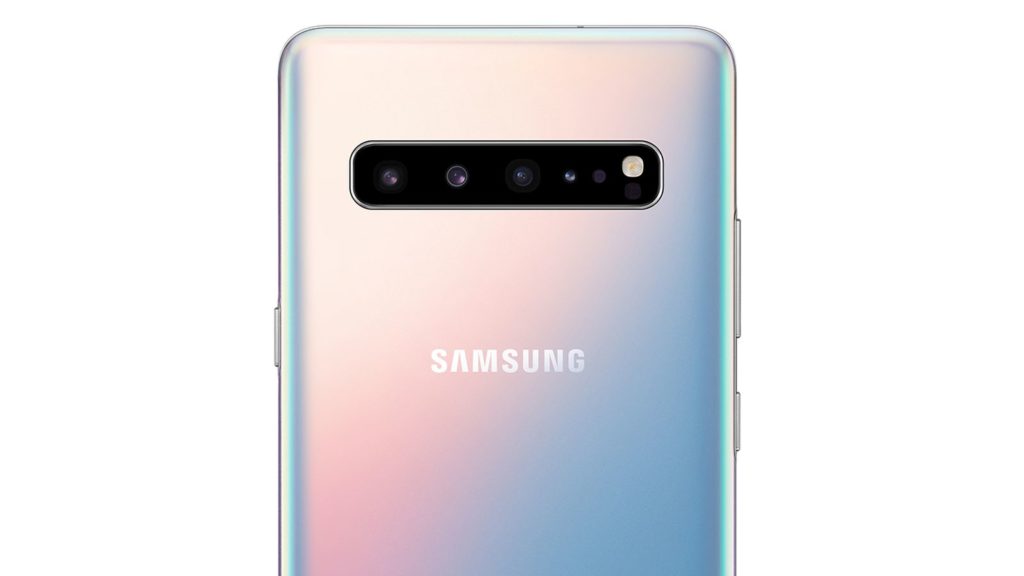 Finally, perhaps the most exciting and tangible change will be the Exynos 990’s support for displays with refresh rates of up to 120 frames per second.

It’s huge, and was initially thought to be included in the Galaxy Note 10 series.

A number of Samsung’s rivals have also dipped their toes into high-refresh rate screen technology, including OnePlus and Google. Gaming phones from Asus and Razer have also pushed their displays to 120Hz.

With double the refresh rate of a traditional smartphone display, it’s likely that battery life on this device will be impacted. So expect the Samsung Galaxy S11 to feature a larger battery for this reason, and the inclusion of a 5G chipset.

This article isn’t meant to speculate or guess what Samsung has planned for the Galaxy S11, but rather imagine what’s possible. The Exynos 990 does give the company a host of options for its next flagship smartphone, from camera to modem.

Ultimately, we’ll likely only begin hearing murmurs of the device’s proposed specifications from the beginning of 2020. Meanwhile, Samsung is also expected to begin the manufacture of its new chipset from the end of the year. 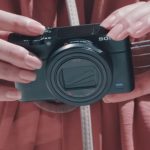