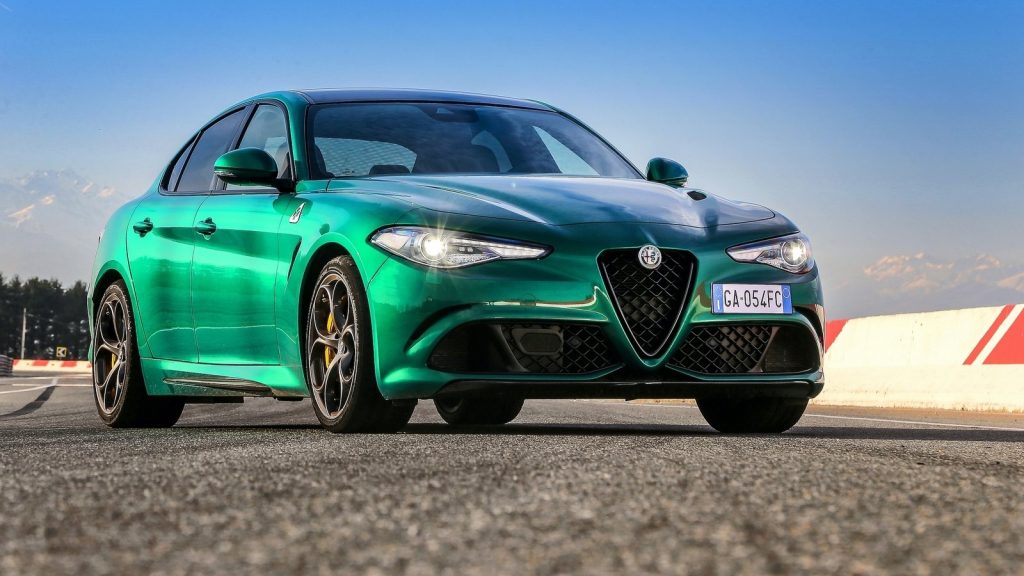 Ferrari helped an Italian brand build a four-door sedan, once. But the way they’ve done it with Alfa, three decades later, is a lot more convincing.

Three and a half decades ago, there were no Smartphones and Mamelodi Sundowns was certainly not threatening to be South Africa’s best football team. There were also very few four-door luxury cars capable of annoyingly tailgating Porsche 911s. Truth be told, there was only one, BMW’s M5.

It was indeed a strange world thirty-five years ago. In 1987 Honda dominated F1 and AMG was an independent aftermarket tuner and irritant to Mercedes-Benz. Audi’s first V8 sedan was still a year away, and it was not going to be an RS6, but rather a quite tame car called – wait for it – the V8. 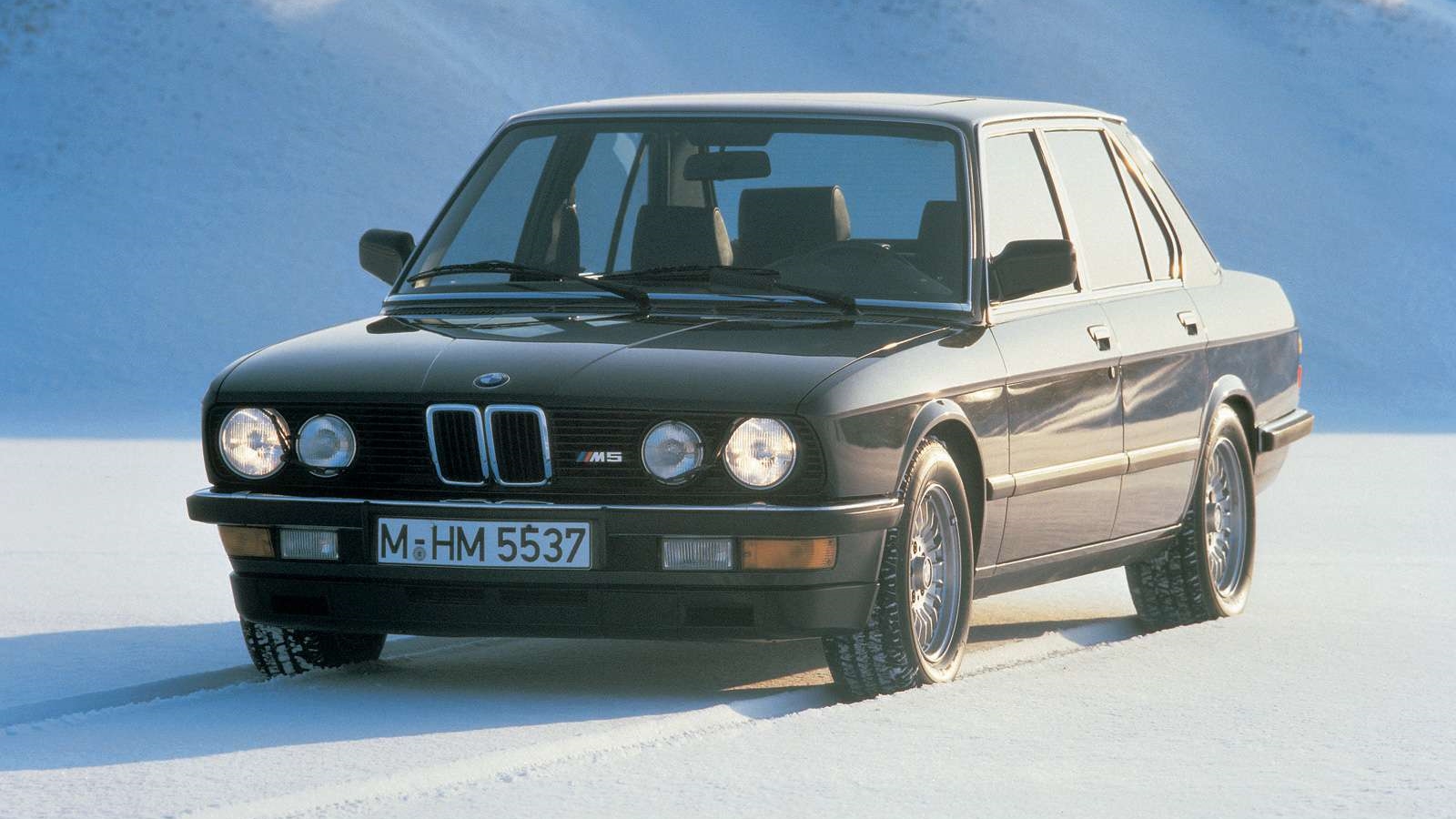 BMW made it all happen

Three decades later, the four-door luxury performance car, a category birthed by M5, offers a gaggle of four-door AMG 63-series models. The D-segment is even more competitive, with cars being lighter and nimbler, but not retaining stupendous performance. M3 and C63.

There’s even an Italian. The Alfa Romeo Giulia Quadrifoglio. Possibly the closest example of a 21st century D-segment Ferrari we are likely to see.

A curious notion, the absence of a Scuderia sedan. Ferrari was involved with something that had four-doors once, with a project that Giulia Quadrifoglio traces its heritage to. A brilliantly stylish Italian four-door luxury car, powered by a Ferrari V8 engine but carrying a name that has all but disappeared. 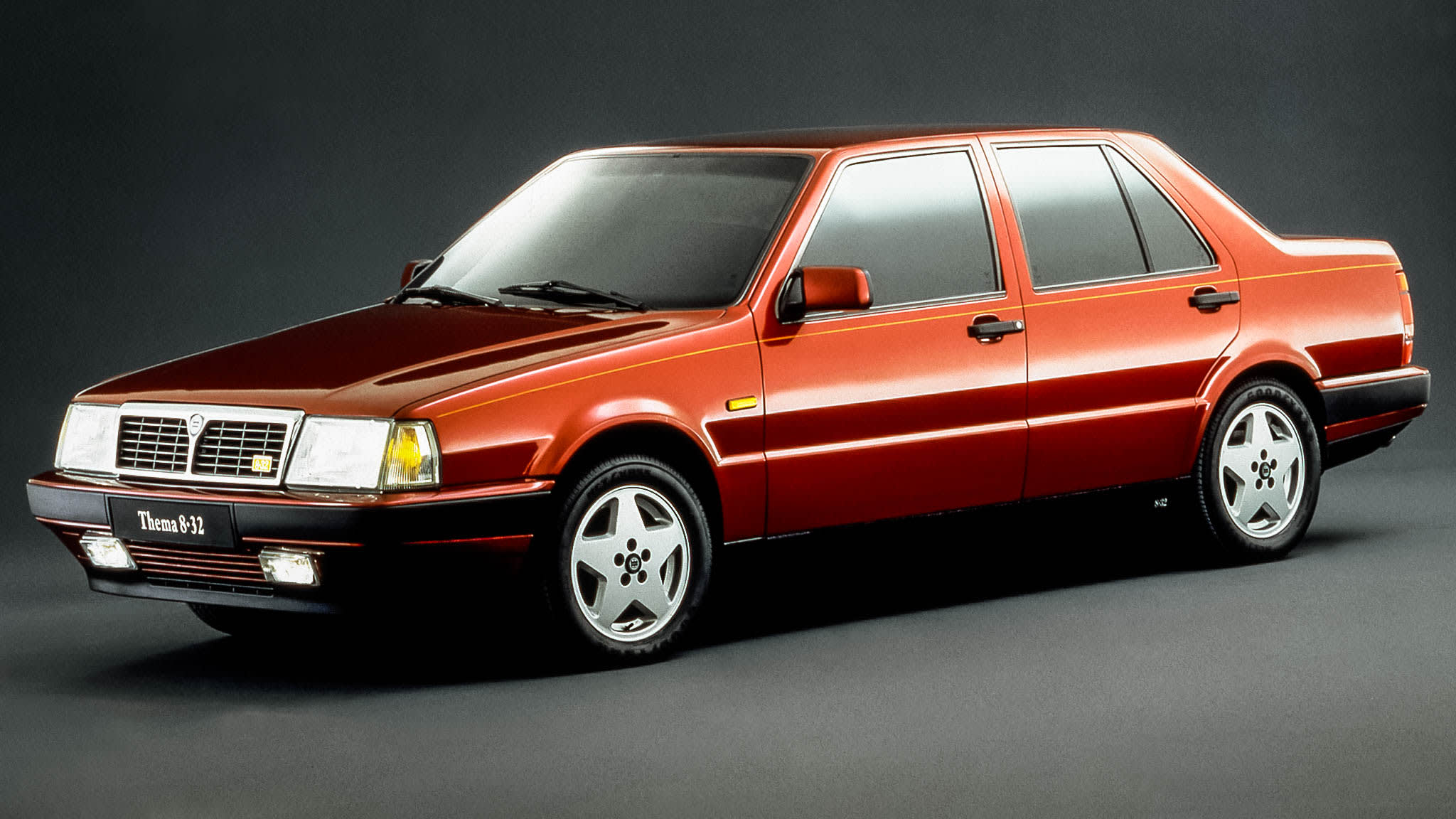 A most unusual Ferrari joint-venture

Lancia. The year was 1986 and like most of that decade’s F1 seasons, it was a terrible one for Ferrari, with both race car and road division in the doldrums and the company’s seminal F40 supercar still a year away. But Ferrari would gift the decade of big hair and power ballads its most peculiar performance sedan too, one we can now recognise as Generation X antecedent to Alfa’s Giulia Quadrifoglio. Lancia’s Thema 8.32.

The lineage between Thema 8.32 and Giulia Quadrifoglio is inarguable. Both were unexpected and executed the German concept of an extreme left lane autobahn capable four-door with a healthy appetite for Alpine hairpin apexes in unique Italian style. That quintessentially Italian style also meant that the Lancia 8.32 was, rather madly, front-wheel drive. Indeed, despite being the winningest WRC brand of all time, Lancia’s engineers imagined a Ferrari V8 powering the front wheels was a splendid idea.

Driving the front wheels with Ferrari power, or rather – overwhelming, was Thema 8.32’s entirely predictable failing. It was a car that never truly rivalled BMW’s e28 M5 and has faded into obscurity in the fullness of time. Until now, with the rebirth of an Italian four-door performance car which has, by all estimates and tests of experience, the measure of its apparently unassailable German rivals. 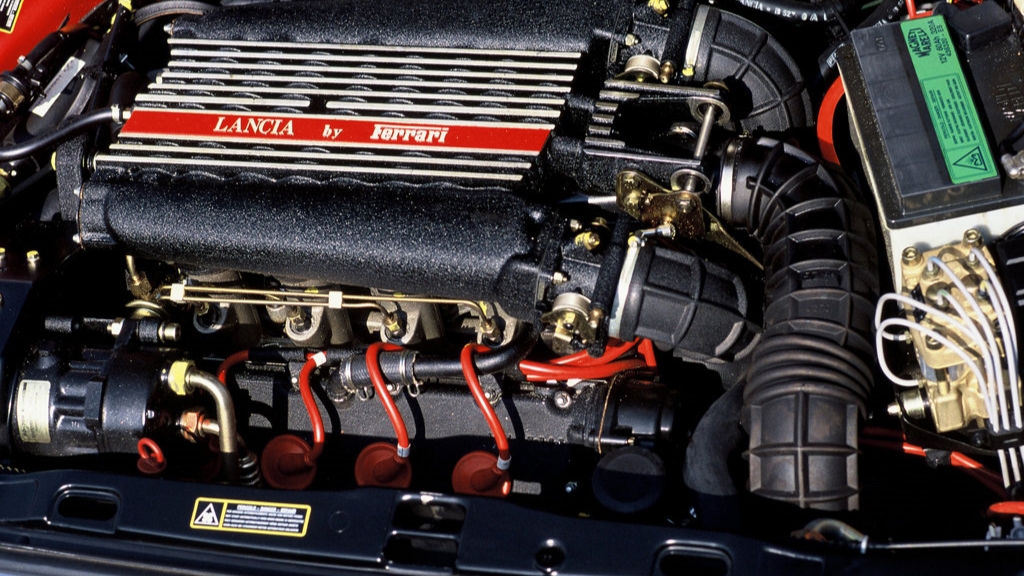 In the manner of espresso addled and argumentative logic so inherent to all things great and incongruous about Italian design and engineering, there are elements of Alfa Romeo’s Quadrifoglio that would never pass scrutiny in any German product workflow.

The cabin architecture is a collection of plastics, the quality of which you’d never find in an M3. And the electronics? They’re about as reliable in the excellence and fluidity of their function as a contemporary Smartphone, struggling between updates.

What makes this Quadrifoglio work is that Alfa – as is the case with resurgent Volvo – have realised that to rival the Germans, you should never attempt exactly imitating them. In principle, Giulia Quadrifoglio is a mad idea: delivering a new entrant to the D-segment performance sedan market, that all-things to all-people automotive benchmark perfected by the manufacturers of southern Germany. 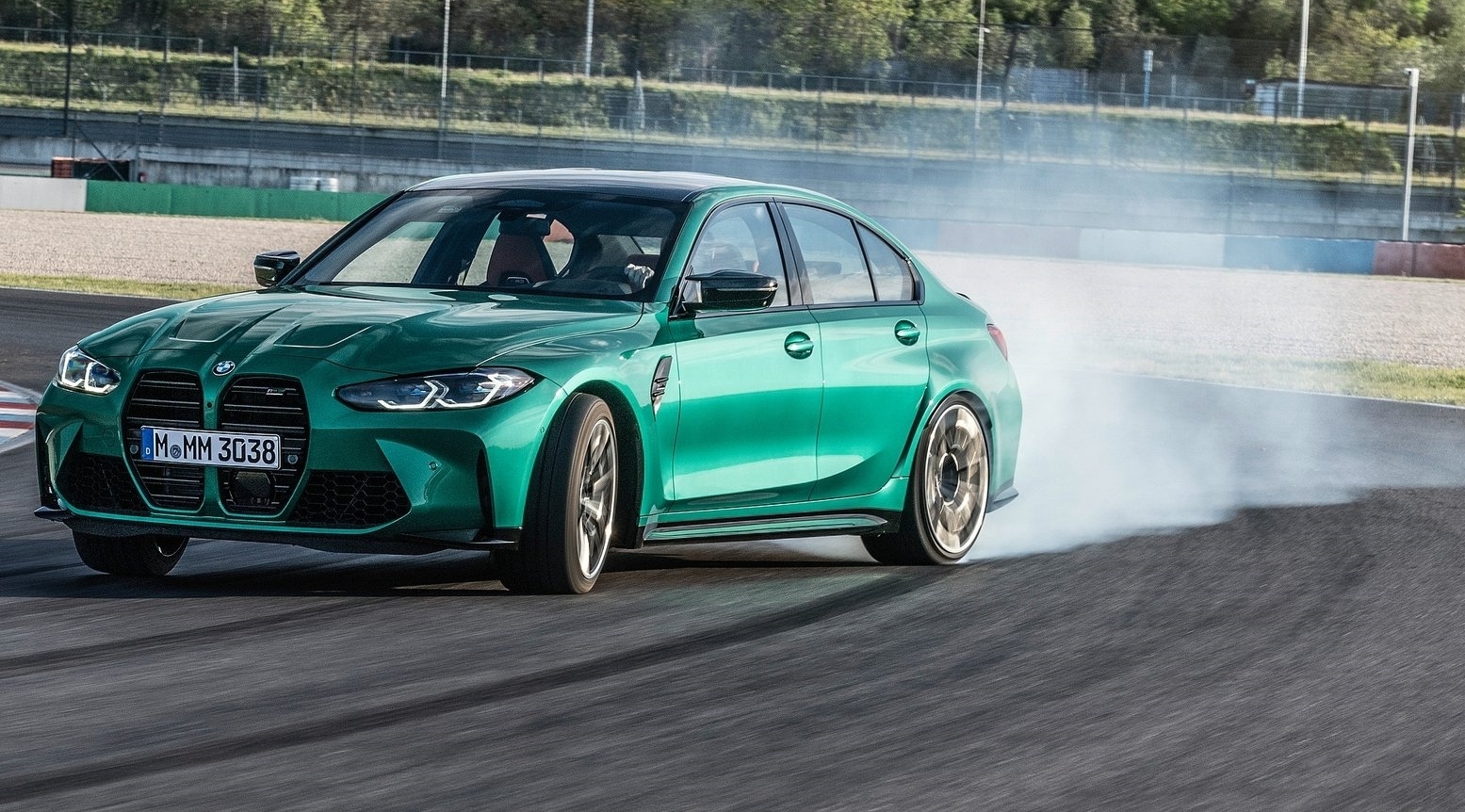 A lot of Alfa – with better judgement

Alfa’s history of ambition is never to be underestimated. Remember, this is a company that built the ludicrously expensive 4C with its carbon-fibre chassis. Although there was no hope of ever amortising the R&D investment by repurposing the platform for something else. Giulia, is different. Cleverer.

The platform is new, but it’s a blend of the best metallurgy on offer – instead of ruinously expensive and exotic, carbon-fibre.

Alfa’s engineers haven’t completely ignored the benefits of carbon-fibres cured in resin, which they’ve saved for something that can benefit from lower rotating mass: crafting an impossibly light prop shaft. It requires less energy effort to turn, reducing the lag between throttle response and torque influencing the rotation of those rear wheels.

And then there’s the way Italian engineers have approached the disposal of 375kW to the road through only two contact patches, trailing 2.8m behind the bits of rubber steering Quadrifoglio.

Instead of succumbing to the Nürburgring syndrome, Alfa’s engineered some compliance into Quadrifoglio’s damping. 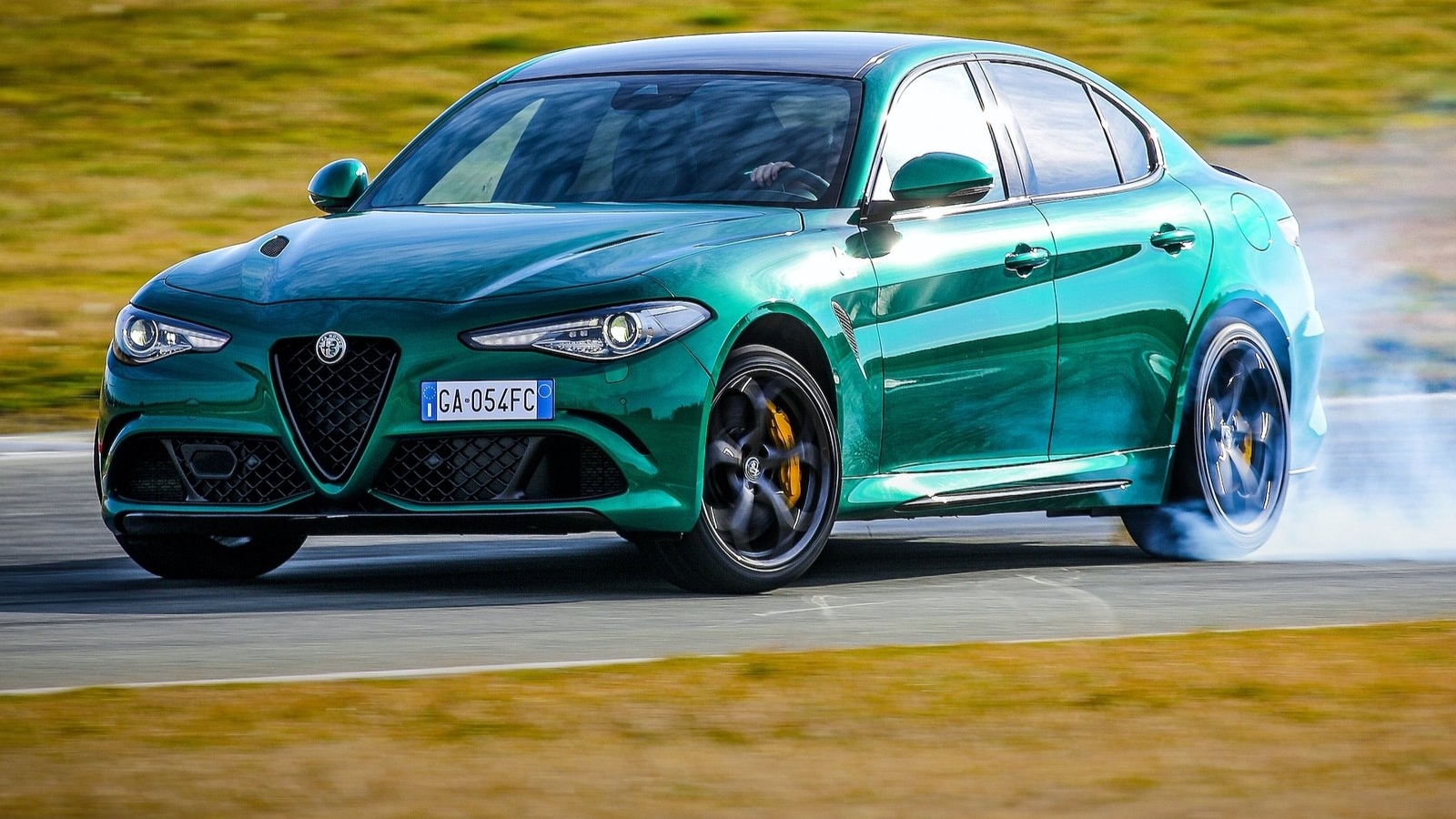 The suspension is configured to have a touch of bodyroll absorbing some of the initial lateral forces when helming into a corner at pace and anchoring the principle of a predictably handling four-door performance car. This is in stark contrast to cars ludicrously configured for lap records, affecting awful compromise for the remaining 99.7% of driving they are required to do.

The Giulia has all the best bits of what one could desire about Italian car-building, without the annoying debits. From the nation which turns household goods design into Guggenheim-worthy exhibition art, you’d expect nothing less than the achingly shaped metal Alfa’s designers have sketched for stamping into shape – or moulding, as the roof and bonnet are both carbon-fibre.

Then there’s the engine. Whether they’re six, eight or twelve cylinders strong, in a vee of arranged flat, Italian engines have always enticed. Giulia Quadrifoglio’s Ferrari inspired V6 is no less such an experience.

The twin-turbocharged 2.9-litre V6 has a similar bore and stroke dimensions to the Ferrari California T and a fair allocation of the drama associated with a Maranello V8, despite having two fewer cylinders.

Matching the internal architecture of a Ferrari engine gifts it one advantage over AMG’s C63, like BMW’s M3, it’s overquare. The Giulia Quadrifoglio’s V6 has a bore width exceeding stroke. The classic mechanical engineer’s design to ensure cylinders have a shorter path to travel and therefore move quicker – making the engine more response to throttle inputs. 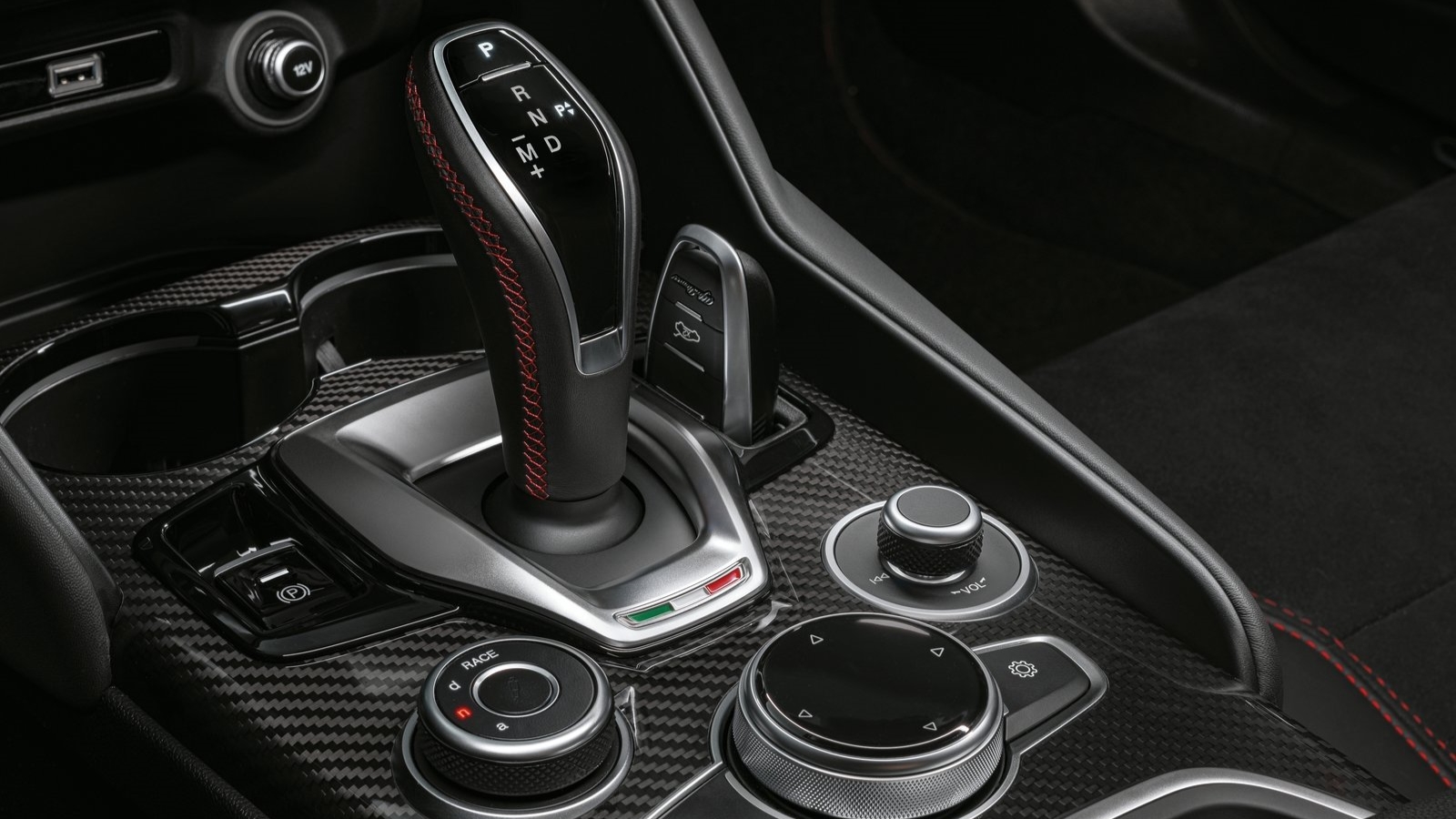 Having a German gearbox – helps

Alfa could easily have spoilt all this boosted V8 splendour as a driving experience by attaching one of their notoriously undrivable gearboxes (remember Selespeed…), but they haven’t. Sanity prevailed. It uses the 21st century’s greatest set of eight gears and control electronics, bundled from German drive solutions expert ZF, which makes it mesh rather beautifully for Giulia Quadrifoglio.

It is a magnificent, soulful engine. Much as BMW’s M-division and AMG pride themselves on engines and the accompanying acoustics being a USP for their cars, this V6 could be the first amongst equals when comparing four-door compact performance sedan engines. And therein, Alfa-Romeo’s masterstroke with the Quadrifoglio. In this market, engines sell cars – not lap times.

Auto industry analysts, collectors, and enthusiasts know Ferrari will never build a four-door performance sedan. But the cachet of having one powered by a Ferrari derived engine, albeit breathing behind a different badge, has empowered a refocused Alfa-Romeo to deliver the unthinkable. An indisputably credible Italian rival to that impossibly German, and brutally competitive, product segment: four-door performance sedans.

Thirty years ago, the original Ferrari powered Italian four-door performance car was a crushing disappointment. Three decades on, Alfa-Romeo has finally delivered on the promise of purpose and performance of a Ferrari-inspired four-door.

The cult of loyalty around Alfa was always impossible to fathom to those only familiar with their desperately average modern cars. Giulia Quadrifoglio bridges the collective experience between a generation of ageing Alfisti and the contemporary Gran Turismo experienced petrolheads. Just a shame the original Ferrari powered Italian four-door sedan brand is no more. 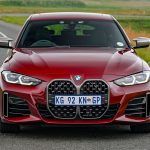